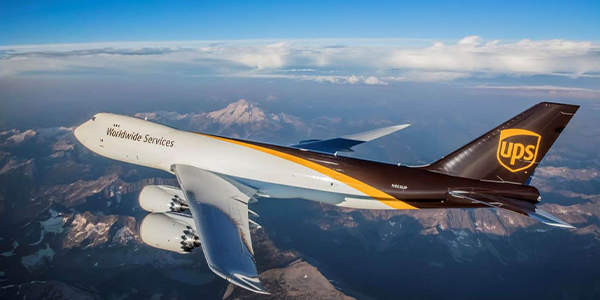 Despite what you hear on the news, the airline industry has many promising stories to tell. One of them is about air cargo, which is in the midst of phenomenal growth. According to research firm MergeGlobal, demand for air cargo – which includes heavy freight, small packages and documents – will rise 20 percent annually though 2009.

UPS’ business experience is in sync with this prediction. In fact, just 18 years after the inception of UPS Airlines, the company now operates the world’s ninth largest airline with a fleet of more than 275 aircraft and 1,800 daily flight segments. And the corporation’s logistics arm, UPS Supply Chain Solutions, has become the second-largest U.S. domestic airfreight forwarder. Worldwide, UPS is in the top five international airfreight forwarders.

So what accounts for air cargo’s remarkable growth? One important aspect is that the U.S. express and delivery market – which relies heavily on air transportation – has become the largest in the world, worth an estimated $65 billion. But I believe that it is the acceleration of international trade, especially with emerging markets such as China and India, that is a real driving force behind air cargo’s growth.

Consider, for example, that U.S.-China trade grew from $33 billion in 1992 to more than $280 billion last year, according to the U.S. State Department. India’s largest trading partner is the United States, with bilateral trade between the two nations valued at $21.7 billion.

More companies are looking to increase commerce to and from these emerging markets. With more than 1.3 billion potential consumers, China represents a pivotal growth opportunity for small-to-mid-sized U.S. businesses. Amid the current focus on China as one of the world’s leading exporters, it may surprise some to note that the country imports almost as much as it exports – to the tune of U.S.$561 billion in imports in 2004. And, according to a recent UPS survey of China’s emerging urban middle class, Chinese consumers want to buy more American products.

Business leaders around the world have singled out China as a crucial market, according to several recent UPS surveys. Nearly three-quarters of business leaders in Latin America said that they expect to see greater trade between their home countries and China. In a similar survey of Europe’s business leaders, more than two-thirds of those surveyed said that China offers the greatest trading potential – both for imports and exports, due to a growing consumer market there.

UPS’ company statistics bear this out. For example, in 2005, UPS export volume from China grew more than 50 percent over 2004. To handle this demand, UPS flies to more points in China than any other U.S. airline, both cargo and passenger. We provide customers in China with wide access to markets in China, Asia and around the world by operating a network of 194 flights per week. UPS serves 330 cities in China – which account for roughly 85 percent of the country’s international trade.

Competitive strategies
Helping companies become more competitive by giving them the tools they need to reach these markets is a strategic priority at UPS as we invest more than ever in our airline network and facilities. Most notably, UPS announced plans for an extensive, $1 billion expansion of our Worldport hub in Louisville, Ken, which is the centerpiece of the company’s worldwide airline infrastructure.

The expanded facility – which already was the world’s most technologically sophisticated – will be well equipped to handle increasing air express volume in the years to come. With an additional 75 miles of conveyers and 1.1 million square feet of space, the expanded hub will be the size of approximately 113 football fields, and when it is completed in 2010, will be able to sort 478,000 packages an hour. That’s a 60 percent increase over its current processing capacity. Despite Worldport’s mammoth size, UPS’ “smart label” technology, which drives its sort processes, can propel packages through the buildings’ conveyers in as little as eight minutes.

As global trade grows, UPS also is investing heavily in its infrastructure and services outside of the United States. In Europe, after 36 consecutive quarters of strong export growth, UPS completed a $135 million expansion of its hub in Cologne, Germany. This expansion is the company’s largest facility investment ever outside of the United States. Now, more than 30 packages per second can be sorted at the hub, and the facility provides a key connection in the important trade lanes between the United States and Europe and between Europe and Asia.

As trade continues to soar in Asia, both within the region and from Asia to the rest of the world, UPS has been making great strides in its network and services there as well. In 2005, UPS’ export volume for all of Asia jumped almost 30 percent. To stay ahead of customer demand, UPS recently expanded its intra-Asia hub facilities in The Philippines. The company also is nearing completion of a large freight and logistics hub in Singapore and plans to start building a hub in Shanghai next year.

Investment in aircraft is equally important as facility expansion. In 2005, UPS ordered a total of 29 heavy jet aircraft. For the most part, these planes – A380s, 747s and MD-11s – are large, transcontinental aircraft, which will be added to our fleet over the next seven years. The new Airbus A380, known as a “super jumbo freighter,” can carry up to 330,000 pounds and fly the longest non-stop route on the planet.

Together, all of these investments comprise the bigger picture to have the services, technology and capacity in place to help UPS customers with their international growth. Because when businesses grow globally, trade and the airline industry grow along with them. And that’s good news for everybody.

UPS is the world’s largest package delivery company, the ninth largest airline in the world, and a global leader in supply chain services, offering an extensive range of options for synchronizing the movement of goods, information and funds. Headquartered in Atlanta, Ga., UPS serves more than 200 countries and territories worldwide. Visit:
www.ups.com.