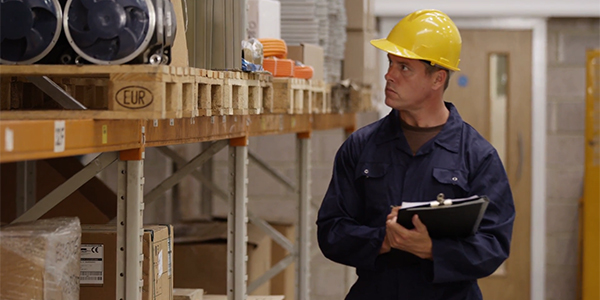 It is perhaps not particularly surprising that a Canadian company based in Toronto, Ontario once made hockey pucks, along with other rubber products such as plungers, cups, washers and other compression molded parts. Back in 1927 when what was then called National Rubber Company was founded, this was a bouncing business. But by 1989, net results warranted the establishment of new goals with a new management team.

NRI Industries is the only North American maker of molded rubber products targeted primarily at the automotive OEM and aftermarket industry that relies primarily – about 70 percent – on recycled rubber for its raw materials. While NRI has been recognized by the Recycling Council of Ontario and presented with the Ontario Waste minimization Award for Outstanding Green Industry, its recent success has less to do with its contributions to improving the environment than its contributions to providing customers with high quality product at competitive prices.

According to Russell Bula, vice-president of sales and marketing, the reliance on recycled rubber was less a matter of green marketing than a cost strategy. ”While many of our customers are environmentally conscious they are none the less also interested in performance at a low price.”

And cost can be an advantage of recycled rubber, “There is great price volatility in many commodities. Rubber is no exception, however, there is a little more stability with recycled products. Overall costs to process recycled materials to a state that meets customer needs becomes the real challenge and one that requires a good understanding of materials and the technology to produce consistent product every time.”

Waste not
There are in excess of 400 million passenger car and light truck tires discarded in North America every year. The problem of dealing with this amount of waste is enormous. Governments and industry are working together to address this matter. Often old tires are used in cement kilns or ground up for low-end applications such as mixing with soil to prevent packing (race tracks and gardens). Such applications though do not call for enough material to address this growing waste problem however.

Moving further up the value added chain toward more engineered products and for many more stringent applications requires significantly more sophisticated processes for material enhancement. This next level of capital investment required is clearly not for everybody. The amount of energy and work associated with tearing a tire apart, separating its components of rubber, steel and tire cord is not insignificant. Maintaining this ‘front end’ equipment alone requires routine time and attention by a skilled work force that can keep these big machines running.

Currently NRI is grinding and re-processing over 1.5 million tires per year. But it doesn’t stop there. As a material based company, NRI knows well what needs to be done to tire crumb to reconstitute it for further down-stream processing. Over the years, the company has developed unique rubber formulations to create Symar® compounds that meet the toughest automotive and industrial applications and standards.

NRI is a vertically integrated company of 500 people with three plants in Toronto, Ontario Canada and is ISO/TS 16949:2002 and ISO: 14001 certified. Its head office and engineering support groups are also in Toronto. In total there are over 280,000 square feet of manufacturing and 100,000 square feet of warehousing space.

In addition to its strong materials base, National Rubber has rubber injection molding, compression molding, and continuous curing presses together with a number of down-stream die-cutting and finishing processes. Many of the markets served by NRI’s products are those that require the tough attributes of Symar® material: “Our unique combination of reground/ reprocessed tire derived materials together with tire cord reinforcement and fully cured provides a very tough material with exceptional tear and puncture strength making it suitable for a whole host of application,” says Bula.

While the vast majority of NRI’s sales are in North America, the company has been selling in Europe, U.K., South America and Japan for a number of years. Bula explains, “The Internet has opened doors for us and made business abroad far easier than in the past. In some cases new customers have found us and with that discussions began.”

A case in point: In the late 1990s and at the request of Ford to put more recycled rubber in its products, NRI developed a very special mixture of reclaimed PP and ground rubber to create Symar-T®, a thermoplastic resin that is used in molded parts under the hood of light trucks. These parts are manufactured on a standard plastic injection-molding machine. This technology proved very successful and delighted engineers at Ford.

Long running success
National Rubber has built its long running success on its engineering and manufacturing know how. Much of its history has focused on OEM opportunities based on homegrown compounds of rubber and plastic. This strategy has served the company well but Bula acknowledges that the markets NRI serves are also valuable to competition from around the world. Not unlike most materials and finished products, he adds, “Our products can become commodities over night.”

To stay ahead of the competitive threats that face NRI and most manufacturers, National set a new course for itself three years ago by forging new relationships in North America, Europe and Asia intended to extend the competitive advantages already developed over the years but now with the added capabilities and capacities of other non NRI entities. As a result, Bula indicates that new markets have opened up in Europe and Scandinavia, resulting in stronger sales distribution to North American markets not served in the past and lower tooling costs from foreign market suppliers.

National’s strategy of working with others to grow its success as well as its partners’ is quite different but as Bula likes to say “We are stronger when working together and utilizing our respective capabilities than when we are at odds with each other.” In the meantime, National’s plan is to provide its customers with rubber and plastic material of every description and what they don’t make, they do acquire from other suppliers no matter where they are in the world