Don’t look now, but chances are that exterior mirror on your car – that simple device that lets you know where all the traffic is and, perhaps, will at some point help to save your life – was manufactured by SMR.

SMR, which stands for Samvardhana Motherson Reflectec, is a part of the Indian automotive specialist Samvardhana Motherson Group and manufactures exterior automotive mirrors all over the world. Its Michigan operation alone was responsible for the production of four million mirrors in 2012, or approximately 20 percent of all mirrors that went out to the North American market; now in the midst of a major expansion, that percentage is expected to grow to 30 percent once the project is completed.

A global corporation with world class engineering capabilities and state-of-the-art manufacturing facilities, SMR maintains a broad customer base that includes all major car makers in North America, Europe, Asia, South America and Australia. Sai Tatineni, managing director of the company’s U.S. operations, explains that SMR sells to Ford, Nissan, GM, Chrysler, Kia, Hyundai and Mercedes in the U.S.; while Volkswagen, Audi, BMW, Volvo, Toyota, Jaguar and Landrover are just some of the many customers in other parts of the world.

In addition, the company’s manufacturing plants, spread across the globe, specialize in polymer processing, manufacturing of electronic and electro-mechanical systems, glass processing, automated painting and the assembly of complete systems. Its more than 7,000 professionals are dedicated to meeting the intricate demands of both today’s and tomorrow’s automotive industry in terms of quality, safety, aesthetics and economic efficiency.

Expanding Business
In the U.S., SMR’s operations are expected to significantly increase once the company completes its $40 million expansion of a facility in Marysville and acquisition of another facility in Port Huron, Mich. The 30.000-square-foot project is expected to result in the creation of approximately 350 jobs over the next three years.

Plans for the Marysville expansion include the addition of a new paint line doubling current capacity, additional office space and new molding equipment. SMR’s plans also include the acquisition of a 100,000-square-foot building in the City of Port Huron to serve its warehousing and distribution needs.

“The partnerships SMR shares with the state of Michigan St. Clair County, and the city of Marysville are prime examples of how community and the business enterprise can come together and collaboratively create opportunities resulting in revival of the manufacturing sector in the United States. I’m truly happy to see jobs coming back here,” said Char Zawadzinski, COO of SMR.

“The country, community and the company stood strong during the economic downturn – now it is time to prosper. It is exciting to be part of the growth for SMR and for the region,” Tatineni had said when the expansion was announced.

Tatineni adds, “We will double our size through this expansion in two to three years. This plant never had this kind of business in our history.” Globally, SMR’s sales extend into the $1.3 billion range. Tatineni stresses that the growth in North America is in part because of an uptick in car sales, but has been furthered by SMR’s acquiring 14 additional automotive platforms.

SMR’s vertical integration also helps its business. “We actually design, test, mold and paint everything on a single site. We also source our own glass, electric mechanisms, wire harnesses, lighting products from sister companies; everything is integrated. That’s a benefit for us and our customers. We also have a very stable team, which also offers benefits.” For example, Tatineni explains that he has been in the company for 17 years. A further advantage of the company’s expansion is that the state and local incentive package totals up to $11.3 million for SMR based on its $40 million in qualified capital investment and the creation of at least 350 jobs over the next three years and potentially even more after that.

As part of the total incentive package, The Michigan Strategic Fund Board approved a $4 million grant from the Michigan Business Development Fund, part of the Michigan Business Development Program, which provides grants, loans and other economic assistance to qualified businesses that make investments or create jobs in Michigan, with preference given to businesses that need additional assistance for deal-closing and for second-stage gap financing.

The SMG Factor
All of this activity can trace its roots back to 1989 when a company called Britax was founded and then, in 1999, became a part of the German Schefenacker company which, in turn, became Visiocorp in 2009. Samvardhana Motherson Group (SMG) bought Visiocorp in 2009 and changed the name to SMR. Today SMR has 25 plants in operations all over the world, including the U.S., Mexico and Brazil. All of the company’s engineering and sales in North and South America are performed as part of the U.S. operation, based in Michigan.

SMR enjoys a wealth of resources from SMG, which is a diversified group providing integrated full system solutions to the automotive industry, from design and prototyping to tooling, molding, assembly and finally production of integrated modules.

SMG also provides full systems solutions to its customers. It is a single-service interface for multiple customer needs. SMR has adopted a backward integration strategy to utilize SMG’s capabilities and to increase the depth of its manufacturing process.

With headquarters in Noida, India, the group works with global partners in technology and is a pioneer in supplying its customers with state-of-the-art technology. Samvardhana Motherson Group employs over 60,000 people in more than 140 production facilities in 25 countries and provides its products to all leading automotive manufacturers and their suppliers all over the world.

In return, SMR provides a worldwide network of marketing and project management centers to SMG and as a tier-one supplier, maintains excellent global customer relations with nearly all of the world’s large car manufacturers.

SMR looks forward to participating in the growth of mirror technology because mirrors could, in the future, partially be replaced with cameras embedded in the exterior of the car. SMR is prepared for this significant evolution of vision systems. Its R&D teams have developed camera systems that not only will replace mirrors completely but also integrate intelligent blind spot warning and many other features for increased safety and comfort in traffic. 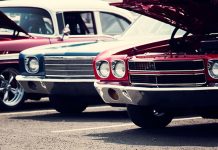 Five Smart Manufacturing Trends for 2021 and Beyond