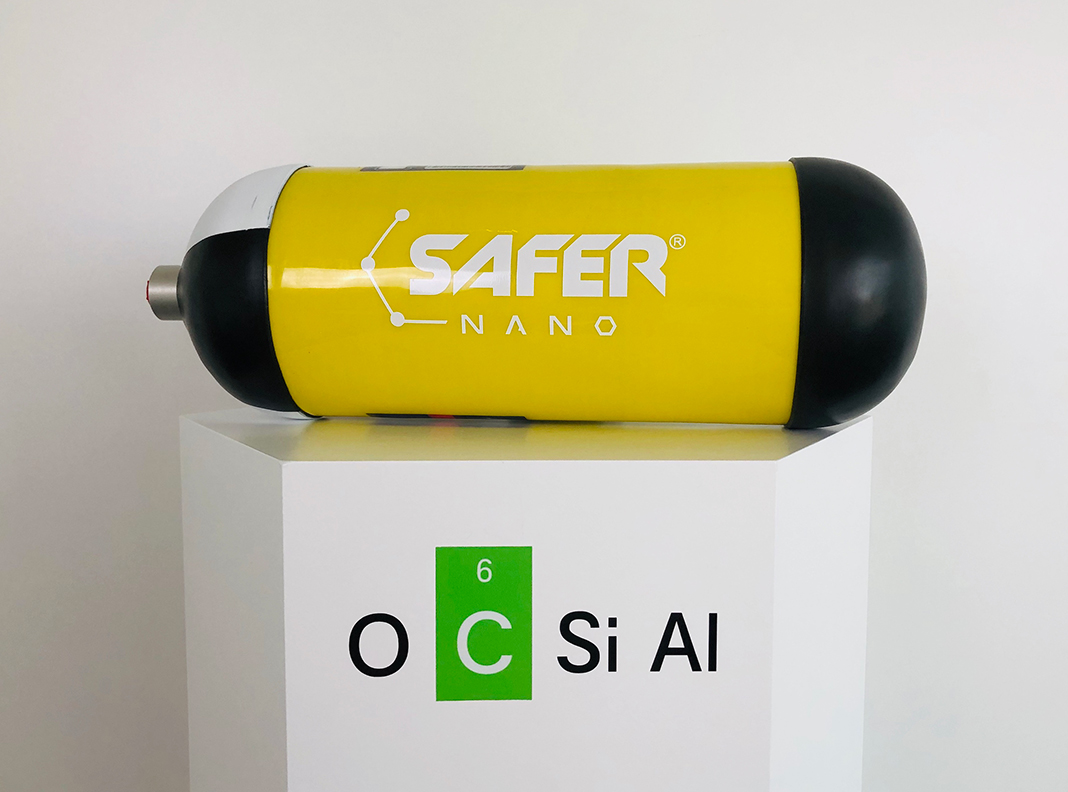 The lightest high-pressure cylinder in the world makes rescue operations faster, helping to save time for firefighters and medical workers.

The lightest high-pressure cylinder in the world, developed with the help of graphene nanotubes, is not just yet another milestone for reinforced composites. The development will make rescue operations faster, helping to save precious time for firefighters and medical workers, and will reduce the energy and fuel consumption in transportation, meeting the targets of key regions to decrease the weight of CNG or hydrogen storage systems for the automotive industry.

Every second matters when your work is saving lives, and this is particularly true for firefighters who have to carry heavy equipment on their shoulders. Since advanced composite materials have become part of our everyday life, firefighters’ gear has got lighter, but it still weighs more than 27 kg on average. With the help of graphene nanotubes (also known as single wall carbon nanotubes), engineers at the innovative company Techplast that is based in Poland have found a way to further reduce this weight to make rescue workers’ activity more comfortable and faster by providing them with the lightest cylinders in the world. 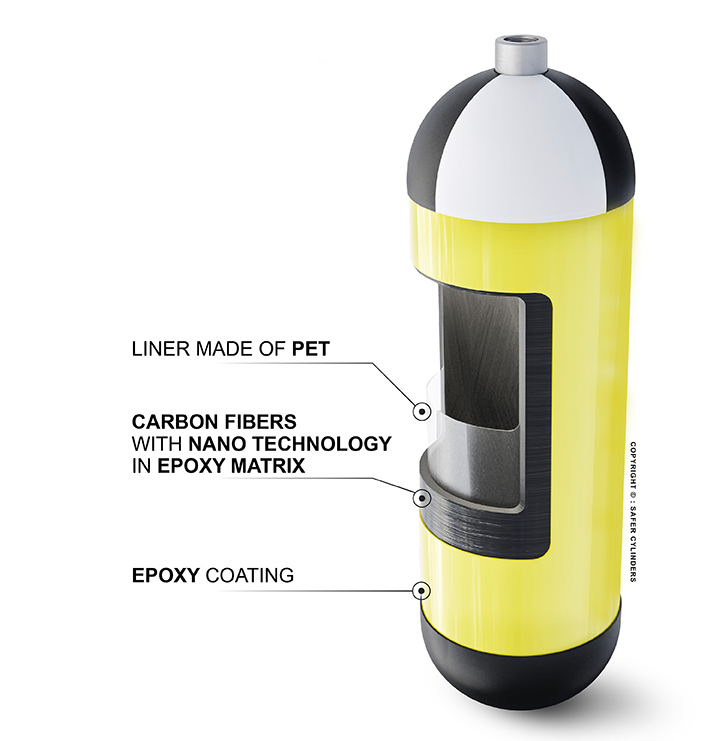 “Graphene nanotubes introduced in composite reinforcement bring improvements in interlaminar shear strength (ILSS) leading to an increase in burst pressure level by up to 30%, according to the results of cylinder impact tests,” said Piotr Saferna, R&D leader of Techplast. “This incredible improvement in impact resistance has allowed us to reduce the weight of the cylinder while maintaining the mechanical properties, which results in the lightest 6.8 liter cylinder in the world for 300 bars of working pressure. The total mass of our SAFERnano cylinder, including all protective attachments and coatings, is less than 2.8 kg. This new generation of cylinders achieves a weight reduction of up to 75% compared with competing solutions, and of 15% compared with our previous generation of products.”

The R&D team at Techplast worked for three years to create the lightest cylinder in the world, which was achieved with the use of TUBALL graphene nanotubes, produced by Luxembourg-based OCSiAl. Today, this new generation of cylinders is already available on the global market, with recently completed TÜV certification confirming full compliance with international safety standards for storage of various gases, including air, oxygen, nitrogen and carbon dioxide.

In addition to the current applications in the fire rescue and emergency industry, this innovation has prospective uses in lightweight automotive onboard hydrogen storage that could boost the development of hydrogen fuel cell cars, which are considered to be one of the promising ways to reduce our carbon footprint. Lighter nanomodified cylinders with capacities up to 350 liters could be used as a new generation of pressure tanks for storing hydrogen to power vehicles, resulting in reduced fuel and energy consumption.