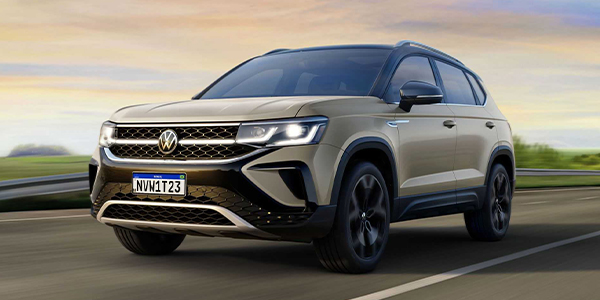 In honor of the grand brand, and to expand its market further, Volkswagen has redesigned the Jetta for 2005. The all-new Jetta is the fifth generation of the German automaker’s compact sedan. This is just the second time that Volkswagen has debuted such a significant new U.S. product. (The New Beetle was launched in 1998.)

In a competitive and tough auto market – especially for European makers due to the strong euro and weak dollar – Volkswagen has reinvented the Jetta to make it even more popular with American drivers.

“In today’s crowded automotive market, where brand identity matters more than ever, style is what makes a car a statement of personality, not just a means of passage; something you love, not just something you drive,” said Volkswagen Chairman Bernd Pischetsrieder, announcing the new car at the recent L.A. Auto Show.

German Engineering
The new Jetta’s interior will be roomier than ever with a larger trunk and more occupant space, along with a highly refined interior treatment. The larger size also enables a more advanced level of engineering and technology that is unique in its competing market segment. For instance, the new Jetta is equipped with the model’s first fully independent suspension system that uses a multi-link rear and optimized front axle. Its new, more powerful base engine has a larger displacement of 2.5 liters, and five cylinders generating 150 horsepower (versus a four-cylinder, 2.0-liter, 115 hp engine in the previous model).
Transmission options include a revolutionary automated manual transmission system offering the inherent efficiency and economy of a manual with the ease of operation of an automatic. A six-speed automatic transmission is another sporty option.

Some of the safety features for the new Jetta include front side thorax airbags, side curtain protection in front and rear, crash-active front headrests, crash-optimized foot pedals that descend upon serious impact, Daytime Running Lights (DRL), three-point safety belts at every position, adjustable headrests for all five occupants, front belt pre-tensioners with load limiters, and safety belts with emergency locking retractors.

Hecho en MŽjico
Built for worldwide distribution at Volkswagen’s high-tech production facility in Puebla, Mexico, the Jetta’s assembly process promises to set quality standards for this model segment. Parent Volkswagen AG invested extensively in modern assembly sequences and technologies at its sole North American site, a facility that, according to internal quality audits, ranks as one of Volkswagen’s top factories in the world. Engines are manufactured on site in the facility’s foundry.

The new Jetta has a stronger body than its predecessor, with double-digit improvements in its dynamic and torsional rigidity. This is achieved through the use of more high-strength body panels, and an advanced, highly automated, laser-welding system. The result is a dramatic increase in laser-welded seams, nearly 14 times more than the previous Jetta. The net benefit of this bonding process is a class-leading fit and finish, improved body strength, crash protection, driving dynamics, and reduced interior noise.

American Appeal
Volkswagen of America, Inc., headquartered in Auburn Hills, Mich., and its affiliates employ approximately 3,000 people in the United States and tap a retail network of more than 900 independent U.S. dealers.

U.S. sales have been disadvantaged by the exchange rate with a 15 percent decline from 2003 to 2004. “This year, we expect to make a new beginning with our volume products and the Jetta is key,” Fouladpour stressed. (Later this year, VW is also re-launching a new Passat, the number two U.S. model with about 30 percent of U.S. sales. Also in 2005, the Beetle will get a facelift.) Adding to the Jetta line, the company will also launch a distinct, sporty 2006 Jetta GLI with 17-inch alloy wheels and performance tires, a new front grill and sports car appointments inside and out.

Although the new Jetta sedan is bigger, the company assures loyalists that the Jetta retains the same attitude and engineering that epitomize the company’s devotion to drivers. “You can’t build a car that looks like a family car and appeal to younger people; styling is very important,” Fouladpour noted.

The Jetta’s sleek styling, technology and European character will attract people who love to drive and desire something different. As expected, the sophisticated new Jetta also offers traditional Volkswagen value for the money. The 2005 Jetta will be base-priced at an MSRP of $17,900, just $220 more than the model it replaces.

At the same time, money is not always the driving force for a Volkswagen buyer.

“What we are attempting to do is create excitement for the new models in what is essentially an incentive-driven passenger car market now,” Fouladpour explained. “The key to our year will be to focus not just on the deal but on what makes Volkswagen different, significant, and original.”

“Since the first Beetle hit the American road in 1955, VW vehicles have been the subject of film and folk song alike,” Pischetsrieder reflected. “For an entire generation, Volkswagens became an icon, a means not just of getting from here to there, but of saying who you were and what you believed. For millions of Americans, Volkswagens are a source not just of mobility, but of memories too.

“Volkswagens were conceived in Germany, but in many ways, they’re a car made for America,” he added. “They appeal to the sense of individualism and individuality that make this country so unique. And that’s why I’m so confident about VW’s prospects in the American market.”