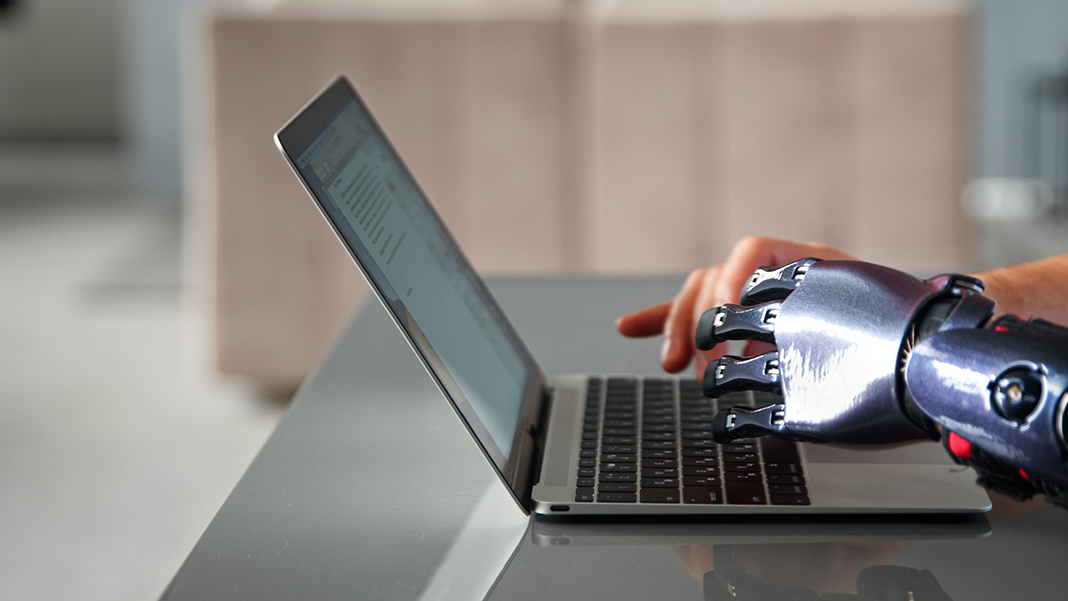 Graphene nanotubes make it possible to reduce the cost of enabling touch screen use for prosthetic hands.

The use of graphene nanotubes in fingerstalls made of electrically conductive silicones allowed young scientists from Motorica to make functional prosthetic hands that can interact with touch screens. The cost of cyber prostheses with such functions is 10 to 15 times lower than that of the nearest comparable solutions priced up to $30.000.

Today, over 1.5 million handless people live worldwide. According to the World Health Organization, only 1 out of 10 people without hands in the world receives necessary prosthetics, and in developing countries, this figure is down to only 5% of all those in need. “A prosthesis should not be an expensive medical product manufactured at a small scale, but should rather become an affordable wearable electronic gadget just like a smart watch or a smart phone. We do more than just restore the functionality of the hand: we expand it,” says Vasiliy Khlebnikov, Co-Founder and Chief Development Officer at Motorica, a Russian developer and manufacturer of functional “cyber hands.”

A range of the company’s innovative products includes a prosthetic hand providing the ability to operate touch screens. This function was made possible due to fingerstalls made of electrically conductive silicone containing OCSiAl’s TUBALL graphene nanotubes, which can transmit electrical currents from the human body. These fingertips are being installed on body-powered and bionic prostheses in their basic configuration. This technology is effective for all types of modern touch-screen displays.

“More sophisticated and expensive technologies developed for bionic prostheses are available on the market today, where electrical current is generated using internal electronic circuits and sent to a fingerstall. We use electrically conductive silicone, which solves this problem without an additional current source. At a customer’s request, we can manufacture a fingerstall with a touch-screen function for all fingers of the prosthesis, but the index finger or little finger is typically enough,” said Ilya Chekh, Co-Founder and General Director of Motorica.

The scope of application of graphene nanotubes expands further. Flexible and ultra-strong graphene nanotubes resemble a long human hair in their shape; however, they are 50,000 times thinner than a hair. Due to such a unique morphology and characteristics, graphene nanotubes impart a new combination of properties to materials. In addition to silicones, they are used in dozens of other polymers and electrochemical current sources.

OCSiAl Group
OCSiAl is the largest manufacturer of graphene nanotubes. The company’s capacity accounts for 97% of the world’s production capacity of this unique material. Today, OCSiAl employs over 420 people in 20 countries. More than 70 scientists are engaged in research and development in the company. More than 1,500 companies in the world are testing OCSiAl nanotubes and develop new products with them.

Motorica LLC
Motorica LLC develops and manufactures traction and bionic prosthetic hands and arms for children and adults, and generates an ecosystem for users of various rehabilitation devices. Since 2016, the company has manufactured more than 2,600 prostheses for 1,500 people in 12 countries, including unique prosthetics for children who were previously turned down due to the complexity of the injury because no suitable solutions were available.