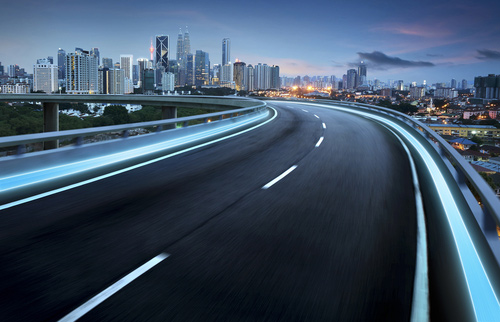 With SpaceX’s launch of a Falcon 9 rocket on February 22, Elon Musk took the first steps to create a world-wide system of thousands of satellites, providing high-speed internet connectivity to the entire world. From the most congested cities, like Tokyo and Mexico City, to the most remote reaches of Sub-Saharan Africa and the Inuit villages of Nunavut above the Arctic Circle, he envisions high-speed connections upwards of 40 times the current download rates.

Critics and supporters both recognize that Musk’s plan is ambitious. Considering that the two Starlink experimental satellites SpaceX launched were piggy-backed with a Spanish Paz radar satellite, the project’s estimated 12,000 satellites are going to take a while to get up there.

Back here on Earth, terrestrial efforts to create wide-spread connectivity are moving quickly and gaining ground. The concept of Smart Cities has taken root and is spreading quickly. But what exactly is a smart city?

Throughout history, civilizations have found that when people worked together, all individuals could benefit and ultimately live a better life. From the beginning of hunter-gatherer communities, people began to benefit from networking. 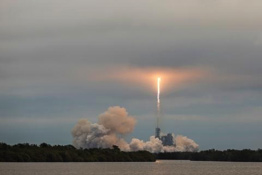 Those earliest networks combined two systems of survival. On one hand, you had a group of people that would remain tethered to the home area, gathering nuts, berries, seeds and plants for basic sustenance. That group would manage the home, providing the clothing, shelter and preparing the food.

The hunter group would go out from the home area and bring back the raw materials for much of the group’s needs: protein from meat, animal skins for clothing and shelter, bones for tools, sinew and fat for construction and other needs. Together, they formed a network.

Humanity grew and developed, and so did the needs of the group. So agrarian communities developed, based around a central town or city. Again, the concept of networking to benefit the group as a whole developed further.

Farmers could concentrate on a couple of key crops and trade them in town with other farmers that had different crops or livestock to offer. Professions arose, and people in towns began to provide goods and services to allow the farmers to focus on their crops, rather than the production of everyday things. This was a more complex network.

Then cities arose, places that centralized everything people could want or need. More people began living in the cities as industrialization took hold, and new industries arose to support the safe, healthy functionality of the city. This kind of network was the most complex yet to date.

Now, we see those cities transforming once again. With people interacting in new, faster ways through more advanced technologies and a higher reliance on information, it is becoming ever more important that cities maintain the capacity to meet those needs.

Right around the end of the 19th Century, Thomas Edison endeavored to bring electricity to New York City. He built a generating station in Lower Manhattan. His Pearl Street generator produced safe DC current to power lights in some 500 homes and offices in close proximity to Pearl Street at prices comparable to the dangerous natural gas at the time.

Unfortunately, complication arose. Edison’s DC power lacked the transmission capability to power the whole of Manhattan without a generator station every few blocks.

It was too inefficient a system to work for a city the size of New York, the most densely populated place in America. DC power could never meet the demands of the industrially super-charged America of the impending 20th century. 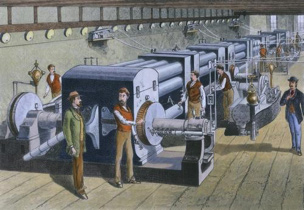 Other facets of city life were also compartmentalized. Mass transit in NYC was run by a number of independent train and subway systems. The waterworks system was centralized, as was sanitation and steam. So why couldn’t these newer technologies be, as well?

That’s where Nikola Tesla and George Westinghouse came in. Utilizing the alternating current technology pioneered by Tesla, Westinghouse successfully created electrical grids and networks in other American cities. His generating stations were located outside of the city limits, freeing up valuable city space for industrial and residential use.

The electricity was also distributed to rural areas, even at great distance, thus tying the agrarian folks to the network. Transformers helped push high voltage currents out from the generators to homes and businesses, often hundreds of miles away.

The establishment of smart cities becomes the next, logical step in the growth of human interdependence. Communications and information technologies have grown exponentially since Motorola pioneered cell technology, and the Department of Defense linked the command and control of the military with Usenet in the 1970s. Companies and municipalities now are beginning to realize that there are several benefits to serving all these interests together.

In 2017, AT&T began trials of their AirGig system in the town of Middletown, New Jersey. They soon expanded the trial to parts of Georgia. The project, which utilizes existing, above-ground electrical lines, is meant to bring wide-spread broadband connectivity to an entire community. Adding the AirGig equipment will be no more noticeable than the existing junction boxes. From parks and playing fields to shopping districts and commercial centers, the electric transmission lines carry AT&T millimeter wave signals capable of one gig per second connections.

This sort of networking makes reliance on dedicated data lines and fiberoptic cables a thing of the past. If successful, the system could mean no longer having to tear up roads and property to lay new cable or improve existing lines. It also means a greater level of cost-efficient connectivity, something that could benefit startup businesses and consumers alike.

In Toronto, Ontario, Sidewalk Labs is endeavoring to transform the city’s deteriorating Quayside district. By creating a wide-spread network and connecting much of the region’s services, they intend to reduce costs for the city and improve the lives of the citizens. 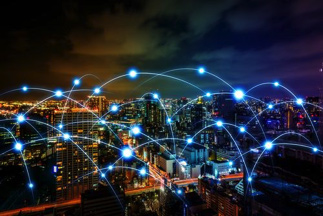 The project aims to place sensors that can quantify water use, sanitation habits, pedestrian flow and traffic patterns, just to name a few. Link the sensors and their data to traffic control, for example, and Sidewalk Labs hopes to be able to optimize transportation through the region, lowering operating costs. The ultimate goal is to create a city that has the lowest possible cost of living or running a business and increase the reliability and direct impact of services. Plus, it will enhance the efficient use of resources and lower the environmental impact of city life.

With the public’s growing concern over environmental impact and general safety, the growth of smart cities offers citizens the ability to interact and engage with one another and their surroundings with new-found efficiency and effectiveness. 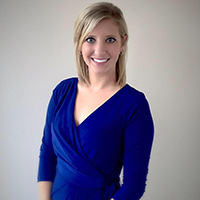 About the Author:
Kate Began serves as the Sales and Marketing Manager for Polycase. She oversees the customer service representatives, assists with product development and leads the marketing efforts from the Avon, Ohio headquarters.