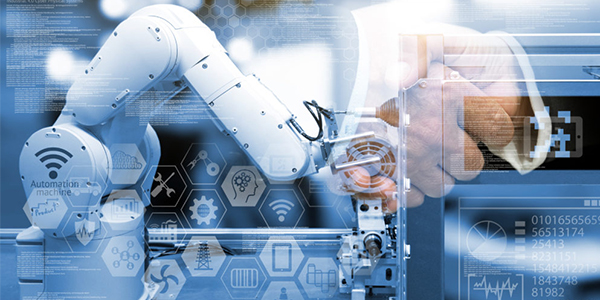 The big story at RTS Wright Industries, Inc., is neither its multimillion-dollar global business nor its $18 million capital expansion during the last three years in Nashville, Tenn., although these are certainly feathers in the cap of the 55-year-old company. No. The story is in the company’s new name – RTS Wright. One of Nashville’s oldest and largest privately held companies, Wright Industries was well recognized nationally as a provider of precision machining, custom machines, turnkey assembly systems, robotics, custom automated systems and tool and die for a variety of markets. On May 19, the company became a part of Robotic Technology Systems PLC (RTS), joining with the RTS group of companies to provide greater services to industry leaders around the world.

“We have now become a publicly held company,” explains Bailey Robinson, RTS Wright chairman and president. “As a privately held company, we had become somewhat handicapped in not being able to expand as quickly as public companies can. Now we’re extremely strong financially and we definitely will continue to expand all industries associated with RTS Wright. We are expanding our horizons.”

RTS is headquartered in the United Kingdom, and owns companies throughout the United States, the United Kingdom, Finland and France. The enlarged company now employs more than 1,000. Its shares are traded on the Alternative Investment Market of the London Stock Exchange. The areas of expertise of the combined companies include automated assembly and manufacturing systems, laboratory automation, nuclear engineering, machine vision guided robotics and specialized software solutions. RTS’ chief executive officer is J.P.Mattila. Phil Johnson is group managing director and David Timmins is group finance director.

The story of the association between RTS and Wright began more than three years ago. At the time, Wright had begun a relationship with Thurnall, a company based in Manchester, England. Among other things, Thurnall designs and manufactures machine systems used in the vitrification of nuclear waste, and is considered to be one of the leading systems integrators in the field of drug discovery automation.

About two years ago, RTS purchased Thurnall and shortly thereafter, Wright became involved in programs involving vitrification of nuclear waste within the United States. Robinson says, “Because we were familiar with Thurnall, we developed a strategic alliance to work as a team to go after this type of work in the U.S. A lot of equipment used in the process is behind concrete walls; you need robotics and other complex automation because you’re in places people can’t get to.”

Before being acquired by RTS, Wright already had an “extremely broad-based company,” Robinson says, penetrating 20-plus markets in the United States. This year, he continues both, companies realized the synergies between them and embarked on the merger. “We’ve always expanded in the United States through organic, internal growth, and we had grown to be the third largest integrator of high-technology automation systems in North America,” Robinson says. “But as we became more involved with doing business with Fortune 500 companies we realized these companies were requiring more and more on a global scale. We saw we needed the ability to install and service equipment worldwide and we needed more of a global presence.” RTS became the vehicle that would give Wright its international reach.

True to Its Roots

As RTS Wright expands into far-reaching territories, the company still holds true to the quality values of its founder, Fred Wright, who began his business as a one-man tool and die shop in a converted garage in Nashville. That philosophy is very basic: to give excellence in quality products and services.

With seven locations in Nashville – one of which was the focus of the $18 million capital expansion – plus another in Gilbert, Ariz., RTS Wright continues its established commitment to quality while expanding its vision – to provide RTS’ total services and capabilities throughout the world. Robinson states, “Considerable synergies between our companies position us as a key global provider of high-technology automation products and solutions. RTS’ software design competence and nuclear industry expertise, combined with our high-tech engineering and manufacturing capabilities, is a win-win solution for all involved. We are excited about the potential this transaction brings to all our employees, the RTS companies and our customers.”