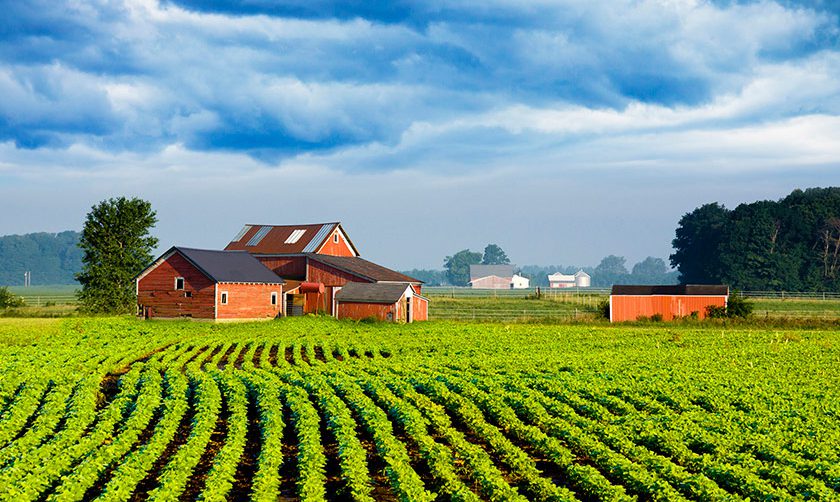 This program, in existence since 2000, is attracting capital to thousands of companies, especially in rural pockets of America, so they may acquire property, build plants and retrofit out-of-date facilities with new technologies. In the process, these manufacturers are not only growing their businesses, they are also contributing to empowering and revitalizing local communities.

On the surface there seems to be little in common among manufacturers that produce cutting edge wound care products, manufacture oversized architectural glass panes for commercial use, or shell enough tons of peanuts to meet global supply demands. Yet dig a little deeper and you’ll find that these companies share commitment to quality, to growth, to its employees and to the rural communities they call home. Their business success is intertwined with the vitality of place. Here are their stories. They illustrate the catalytic power that the New Markets Tax Credit program has had as lynchpin financing to allow them to get to the next level.

Viracon, Inc. expands to compete in the global glass market

When it comes to architectural design, glass is big, and it’s only getting bigger. Many of North America’s new skyscrapers, airports, and hotels feature walls of specially-manufactured architectural glass, much of which has been manufactured by one company—Viracon, Inc. A subsidiary of Apogee Enterprises, Inc., Viracon has been manufacturing high-performance glass in three locations across the US in Minnesota, Georgia and Utah. Its products have been installed on the Freedom Tower in New York and Portland Maine’s International Jetport, among other sites. However, as designers dreamed of bigger windows, Viracon found themselves limited by their equipment, and stiff competition from foreign competitors.

“We didn’t have that capability to manufacture oversized glass panels. We had to analyze how to respond and where to put these capabilities to remain competitive,” said Gary Johnson, vice president and treasurer at Apogee Enterprises Inc.

To capture market share, Viracon sought to expand its existing 1 million-square-foot facility that has been in Owatonna, MN since 1970. The expansion would include 300,000 square feet of additional space to house new specialty equipment. This new machinery will allow Viracon to produce the larger glass panels it couldn’t before – making panels as large as 165 inches by 236 inches. It also allows Viracon to have digital printing capabilities as well as the ability to manufacture insulated glass, laminated glass and tempered glass.

The challenge to the company’s expansion in the U.S., however, was financing. The New Markets Tax Credit program was the appropriate solution.

For a project to qualify for New Markets they are required to pass a “but for” test, loosely meaning that the project could not be funded using conventional financing sources. Among the primary criteria, the business must be in a defined low income community, derive at least 50 percent of its income in a low-income community or 50 percent of its employees must qualify as low-income individuals at the time of hire. In this case Viracon was a match, due to its ability to create jobs in a low-income census track, where unemployment levels are more than twice the national average.

Located in a rural area an hour south of Minneapolis, Viracon is a top five employer in the region with 1,300 employees in Owatonna. Not only did this expansion preserve existing jobs, but equally important, it is expected to create 80 to 100 new quality jobs in the area, paying a living wage and providing full benefits.

New Markets Tax Credits were one piece of the overall capital stack that also included a combination of equity, grants and municipal tax financing. Construction is estimated to be completed in February 2017 with production coming online in spring 2017. Additionally, a portion of the New Markets Tax Credit proceeds—$100,000— will be used to expand the company’s employee advancement program, which covers the full cost of a two-year associate’s degree at the local community college for qualifying employees.

Like many rural places, the economy of Douglas, Ga., revolves around its natural resources. Here, it’s peanut farming. Premium Peanut, a newly formed organization, built a peanut shelling facility to benefit a collection of 225 member farms in a cooperative-like arrangement.

To be a peanut farmer in Southern Georgia is an exercise in leaps of faith and short-term planning.

Typically contracts between growers and processors usually last no more than one year and vary widely in availability and pricing from one year to the next. This dynamic disproportionately benefits the buyers and creates uncertainty in the farmer’s revenue stream, making it difficult to plan for crop rotation, capital needs and other issues.

The development of the Premium Peanut shelling facility aimed to bring more stability to farmers by helping them gain better access to the market, improve their profitability and help smooth out boom or bust cycles through vertical integration.

The shelling plant has the capacity to de-shell 140,000 tons of peanuts annually. When peanuts are brought into the 40,000 square-foot facility, the “farmer stock,” or in-shell peanuts, are first cleaned to remove any excess dirt or debris. The peanuts are then shelled and cleaned once more. From there, the peanuts are sized and then put in one-ton bags, sized and then distributed to buyers.

Karl Zimmer, president and CEO of Premium Peanut, said that the enterprise’s biggest challenge was that there was very little time to scale production, growth and demand fulfillment. “We went from zero to 100 overnight,” said Zimmer.

Its other challenge was finding affordable financing to build and equip the shelling plant. Premium Peanut’s location and potential benefit to the community made it a fit for the New Markets Tax Credit Program. The shelling facility is in a census track with high levels of poverty. Nearly 29 percent of the local population has an income below the poverty line and the city of Douglas had an approximately 9 percent unemployment rate at the time the project was underwritten.

The plant is projected to create 100 direct jobs and roughly 30 indirect jobs, primarily to truckers who haul the peanuts. Most direct jobs have been made available to low-income individuals and all will pay a living wage with benefits. Construction started in spring 2015 and was completed in mid-January 2016.

Today Premium Peanut distributes peanuts globally. Zimmer said it is the largest cooperative of peanut farmers in the United States, the fourth largest seller of peanuts across the country, and he estimates this is the largest shelling plant in the world.

The New Markets program is flexible for a wide range of projects. Since 2004 our firm alone has invested over $944.6 million into 89 projects from Maine to Hawaii as well as other projects that have converted paper plants into bio-refineries, restarted idle factories and purchased unique equipment like feed-pellet technology.

Congress first established New Markets Tax Credits in 2000 to stimulate investment and economic growth in low-income and under-served rural and urban communities that are often overlooked by conventional capital markets. Investors receive a seven-year, 39 percent federal tax credit as incentive to finance loans and investments in businesses and economic development projects in these distressed communities.

While the New Markets program has a track record of success and is currently in high demand, it is not a solution for all businesses. The program is complex and requires teamwork by all parties to make the transactions go smoothly.

The ideal size for the credit is between $10 million and $20 million. Determining qualifications for these criteria should be an early step on any project planning process and include consultation with experienced tax counsel and NMTC practitioners.

While there are immediate benefits to the New Markets transactions, the true ripple effect on the business and the local economy becomes evident over time, as the project matures. We used the program in 2013 to bring a state of the art manufacturer to a former military base in Brunswick, Maine and the longer-term results are now being manifested.

Mölnlycke Health Care is a world leading manufacturer of single-use surgical and wound care products and services to the professional health care sector. With its global headquarters in Sweden the company is experiencing rapid growth worldwide. North America is now its largest and fastest growing market.

The company had been producing its raw material, a foam widely used in its wound dressings, at another location in Maine, then shipped it to Finland where it was manufactured into a finished product: packaged and sterilized advanced wound dressings. Then, a significant percentage of the dressings were shipped back to the United States for sales. This supply chain included multiple trips across the ocean and weeks and weeks of additional lead-time. It made sense from a logistics standpoint for the business to expand its manufacturing in the U.S. Adding an additional factory in Maine consolidated production for the finished dressing product line in a single U.S. location.

While the New Markets Tax credit was not the only enabling factor, it was a very significant one used in the overall business case to expand in Maine versus some other part of the US or even the world. The tax credit was applied to Mölnlycke’s landlord to lower the cost of constructing the manufacturing plant which in turn lowered the company’s on-going operating costs.

More than three years into operations the results are significant. The plant employs scores of skilled workers earning living wages. The operations are also significant to integrating the company’s production and logistics, supporting the raw material operations at a second site as well as a series of supply chain companies from transportation to packaging providers. The plant is a key anchor in a growing business park aimed at redeveloping the former military base, bringing opportunity to the non-metropolitan region. Finally, due in part to the success of this plant and a long history in Maine, Mölnlycke has recently expanded the original foam production and even brought in a business acquired elsewhere to the Maine location.

Despite the diversity of products and markets in these rural areas, each manufacturer shares a commitment to grow and recognizes the link to where they operate. The New Markets Tax Credit program continues to spur rural manufacturing expansion and the community benefits that accrue with that success. 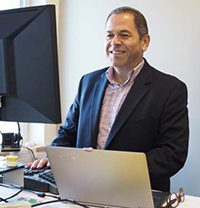 Charlie Spies is CEO of CEI Capital Management, which creates and preserves jobs and improves quality of life in rural, low-income communities by providing access to project capital through New Markets Tax Credits. A leading practitioner of the program, CEI Capital Management has employed New Markets Tax Credits for 90 projects since 2004, creating or preserving 4,699 permanent jobs for positions in primarily rural places. These projects have supported the growth and economic viability of enterprises across industries spanning manufacturing, the arts, healthcare, agriculture, conservation, hospitality, technology and more.