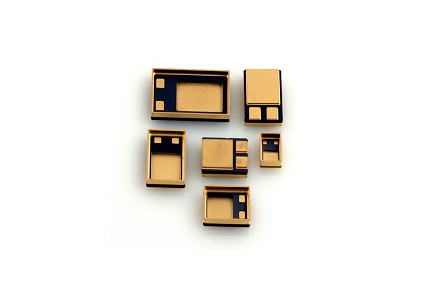 The marketplace is broad for this New Bedford, Mass., company. Original-equipment manufacturers in a variety of arenas — military, medical, commercial, telecommunications and space — need hermetic sealing. Olin Aegis has enjoyed more than 15 years of leadership in the U.S. hermetic-sealing market, and it has no plans to give up that position.

Olin Aegis markets micro-electronic packages used to enclose and protect the micro-electronic devices commonly known as “chips,” in addition to other delicate components. Without the company’s products, space exploration and long-distance telephone calls might run out of control. Olin Aegis maintains a major market share in traditional materials and constructions in hermetic sealing, and recently introduced a superior glass-seal system offering significantly higher seal strengths, which translates to the virtual elimination of possible leakage. But the firm also provides package designs made from new materials, such as aluminum silicon carbide bases and housings, and ceramic feed-throughs that offer interconnect alternatives. The company continues to make major breakthroughs in this field — such as its development and marketing of a high-performance, surface-mount power package with the best heat dissipation available today, bar none.

Passing the Tests
Glass has been the dominant material in seals between the case and feed-through in hermetic packages because it has excellent insulating properties. It can be formed into useful shapes, and it can be used with a variety of metals. The choice of metals is based on mechanical and chemical resistance requirements, thermal conductivity and thermal expansion. The tests to which Olin Aegis subjects the bonding are comprehensive. They include testing for solderability, thermal shock, high-temperature bake, lead integrity, hermeticity, metal package isolation, moisture resistance and salt atmosphere. These may mean very little to those of us who didn’t pay too much attention to our physics and chemistry teachers; but in the industry, they mean everything. The testing process is yet another staple of the quality of Olin Aegis’ products.

The company also uses its own procedures during the cleaning, etching, activating and plating operations that virtually eliminate the penetration of moisture and oxygen into the products. Fine-tuning this process for specific products allows for the electroplating of components in a manner approaching perfection. No bare spots, voids or contaminants remain when an Olin Aegis product is finished.

Finally, the company developed technologies that enabled it to produce a revolutionary quality in brazed radio-frequency microwave manufactured systems, such as those found in the radar systems of U.S. Air Force F-22 fighter jets. Working in tandem with other major players — Texas Instruments and Westinghouse Electric Corporation — Olin Aegis achieved two goals: purchased-part defect rates of less than 100 parts per million, and the reduction or elimination of product screening both at Texas Instruments and at Westinghouse, as well as at their suppliers. The product had minimal variations from nominal dimensions and little or no visual defects. In addition, Olin Aegis sought for and achieved minimal turnaround time in the process.

While Olin Aegis may not be a household name in the United States, its clients are immediately recognizable: Hughes Missile Systems, Northern Telecom, Raytheon, Teledyne Electronics and Texas Instruments have presented special achievement awards to the company. Olin Aegis won Northern Telecom’s 1993 Vendor Achievement Award, and was Hughes Missile Systems’ Vendor of the Year in 1995. The others have granted various titles of distinction such as “lead supplier,” “certified supplier” and others. Olin Aegis is also listed as a preferred supplier for Aeroflex, Cardiac Pacemakers, EG&G Canada, ILC Data Devices and Motorola.

Going to the Well
The early years of operation were subject to the typical problems encountered by start-up companies: a dearth of capital and of clients. However, Olin Aegis had one that was not so typical. During 1984, its first year, there was a dearth of water. The founders — Jay Greenspan, Steve Tower, Michael LoFrumento, Jerry Scherer, Toby Baird and Kyriacos (Charlie) Orphanides — ran hoses from a neighboring building, quite a distance away, in order to have water to cool the furnaces. Olin Aegis made its first product before it had running water.

The company is currently run by Steve Struck, the president; Steve Tower, vice president of operations; and Dave Harris, chief financial officer. They preside over 100,000 square feet of manufacturing space and 450 employees. Corporate headquarters is still in New Bedford, where all the engineering, manufacturing and marketing also reside. Olin Aegis also has branch operations — sales offices, more specifically — in the United Kingdom, France and Germany. The company markets to the world and has more than 300 major clients.

Olin Aegis markets its products through independent manufacturers’ representatives and field sales engineers. The greatest sales force, however, consists of the company’s satisfied customers. The product is considered the best, and the word-of-mouth advertising that results from its quality is strong, highlighting the company’s total design control, engineering drawings using AutoCAD, state-of-the-art electronic communications capability and unmatched expertise and innovation.

Olin Aegis’ future growth and development lies in its continued internal expansion, market expansion and friendly acquisitions. The stellar growth of the fiberoptic communications marketplace will continue to stimulate the company’s success. Its management plans include a steady growth in this particular niche.

The underpinning of all the success, however, is a general feeling of caring. Olin Aegis cares about its employees, its clients and its suppliers. It cares about its products and processes. Sealed with a kiss? Maybe not. But the seals themselves will undoubtedly last longer as a result.