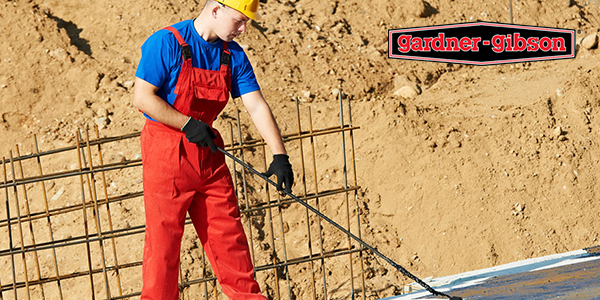 Sometimes the best marriages result when both partners have a few years of experience behind them. Such is the case with Gardner-Gibson which, like many a modern marriage, adopted a new hyphenated name to fully represent the backgrounds of
both mates.

This May-December relationship – Gardner Asphalt was founded in 1945 while Gibson-Honans dates to 1913 – came into being when the family-owned Gardner acquired Gibson in 2004. According to Tripp Hyer, vice-president of sales and marketing, it was a perfect match to diversify product lines. “There was about a 30 percent overlap between what the two companies sold; the union resulted in a bigger manufacturer with broader market potential.”

Indeed, four years later, Gardner-Gibson is beginning to see the benefits of its combination pay off with increased sales and industry recognition. Today it is a $100 million a year company with some 500 employees that anticipates 10 to 12 percent sales growth in the coming year.

While it does makes use of some independent distributors, the company relies primarily on an internal salesforce to market these products to major national accounts representing a range of retail outlets and professional contractor concerns.

Multiple benefits
Headquartered in Tampa, Fla., Gardner-Gibson operates 15 manufacturing facilities throughout the U.S. ranging in size from 50,000 to 170,000 square feet. While three facilities are dedicated to specialty lines, the remaining plants mainly duplicate manufacturing operations. The reason for this is that in the asphalt industry, multiple locations are essential to serve customers on a national basis.

“Asphalt products are extremely heavy,” Hyer notes, “and freight is a big factor in determining costs. You really can’t ship any further than a three hundred mile radius before shipping becomes a prohibitive expense.”

The merger enabled some consolidation and improvements to increase efficiencies among manufacturing operations between the two companies. The main focus is to speed up production and reduce costs in automation. “With the exception of certain blending operations that require a more skilled technician, the manufacturing process is pretty basic and lockstep. Where we do require an operator, it’s at the lowest-skilled, entry-level type, and with that comes the kind of reliability issues that can be associated with that kind of laborer. So we’re continually striving to automate as much as the process as possible to involve as little manual labor as we can.”

Technology leader
In addition to new and better manufacturing equipment, Gardner-Gibson also invests in research and development as key to ongoing success. “Our market differentiator is innovation,” Hyer says. “The focus in promoting our products isn’t on the usual marketing tactics like how do we advertise, but on bringing new technologies and advanced techniques to the marketplace.”

He adds, “Gardner-Gibson owns the most patents of anyone in our industry. Frequently, what we introduce as a premium product sells so well that it becomes accepted as the standard for the product category.”

One example is a blacktop driveway sealer that uses gell-based technology to keep contents in suspension so the user doesn’t have to mix the product at all. “Stirring is a laborious and potentially sloppy process,” Hyer points out. “In addition to being ready-to-use, the product goes on faster and easier, cutting application time in half. It’s been a tremendous success for us.”

Recognized in the Industry
Gardner-Gibson’s success is measured not only in terms of sales, but also by industry recognition. In 2002 and 2003, the company was recognized by Lowes Home Centers for “Top Sales Growth in Product Category.” Also in 2003, Gardner-Gibson won “Supplier of the Year” awards from Sherwin-Williams and Tru-Value Hardware Stores.

In 2004, Gardner-Gibson is poised for continued growth. “Even though our customer-base is the building industry, we’re not tied into the ups and downs of construction cycles,” Hyer explains. “Our products are basically aimed at maintenance. And there’s always going to be a need for maintenance. That’s independent of both the economy and construction trends. But whenever there are periods of new construction, as there have been for several years now, it serves to further expand our future market opportunity. So, no matter what’s going on, business should be good as long as we maintain an industry leadership position.”

“This year we’re really starting to see the fruits of the acquisition pay-off,” Hyer says. “We’ve got our manufacturing operations working at optimum efficiency, we’ve established brand name recognition in a more diversified product line, and our customers know us as a technical innovator. Last year we invested a lot into sales and marketing and we’re beginning to see that pay off. Last year we had a 6 percent sales growth, and we’re expecting that to double.”

Nothing sugar-coated about that, thanks to asphalt, latex and adhesive coatings made by Gardner-Gibson that have made this marriage a fruitful union.