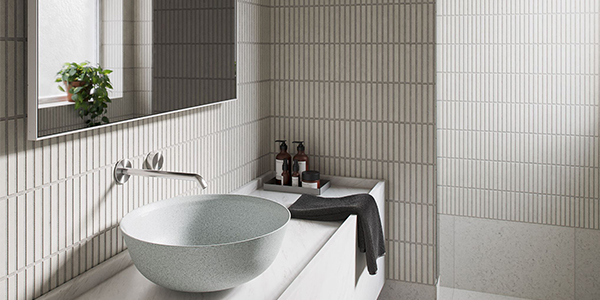 What do a washbasin and a wardrobe have in common? Apparently nothing, but for the chief executive of Kits Paraná, José Carlos Arruda, that’s the key to his history of success. That’s because his company began as a small producer of cement washbasins, back in the 1960s. At the time, washing machines were far from arriving on Brazilian shores; even today they aren’t a common item in lower income houses. The key to the move from basins to furniture was when they started to be made of fiberboards instead stone and cement. Soon, the small factory Arruda’s father ran was using the new material and developing a whole new set of technologies and processes to work with.

This knowledge led the company to a whole new world. “The process we used to make the basins suffered some changes and got re-engineered to be used to make furniture, so we soon started producing kitchen sinks,” Arruda remembers. Therefore, it wasn’t long before Kits Paraná was founded as a furniture maker and the production of washbasins was completely forgotten.

In the beginning, Kits Paraná focused mainly on making kitchen furniture for the lower classes in Brazil. The strategy paid off for most of the company’s history. However, in the late 1990s, already at the helm of Kits Paraná, Arruda felt he needed to diversify. So, in 1999, he began making furniture that catered to the upper middle class under a new brand: Millennium. Four years later Millennium was such a success that Arruda moved it into its own facilities, an 8,200 square meter plant in the same city as Kits Paraná, Arapongas.

The idea had born fruit, so, naturally, Arruda saw that was the path to trail. In 2001 he created a new brand, targeted to the middle class, Demobile. This one, however, started already in its own premises, an 18,000-square-meter plant, also in Arapongas.

The business was growing so fast that Arruda decided to centralize the logistics associated with it. So he built a 7,200-square-meter facility to receive and dispatch the furniture produced by the three brands. Altogether, Kits Paraná has almost 42,000 square meters of built area in the city of Arapongas and boasts being the second biggest employer in this fairly industrialized city in the North state of Paraná.

However, Arruda still isn’t satisfied. He plans to build a new unit with a total 60,000 square meters to center all the production and leave spare capacity for the expected growth of the company. And, in that front, Kits Paraná has shown impressive numbers. According to Arruda, the company has been growing at an average 20 percent a year.

The good figures could get a renewed boost from Kits Paraná’s recent incursion abroad. Three years ago, Kits Paraná started selling in countries as widespread as South Africa and Argentina, including central and South Americas. However, exports still account for only around 7 percent of the company’s revenue, according to Arruda. He wants that figure to reach up to 25 percent in the near future, especially if the Brazilian currency keeps the same level versus the U.S. dollar. The group is investing to achieve this goal.

Kits Paraná counts among its faithful clients most of the big stores in Brazil, including Ponto Frio, Magazine Luiza, Marabraz and Armazéns Paraiba.

It helps that the Brazilian consumer already knows the company’s brands. Arruda has invested heavily in design to differentiate his products. “We have created an identity. People recognize right away when they see furniture made by Kits Paraná,” Arruda says. The identity should also help leverage sales abroad, in Arruda’s opinion.

Creating a recognizable brand requires considerable investment in manufacturing processes to keep up with the latest trends. Kits Paraná has been able to do so. The three brands have the latest special machines for painting and gluing textures on the wood panels. “We’re not an inch behind the best Italian companies in the industry, always keeping ourselves updated in equipment and accessories used worldwide,” Arruda says.

Actually, manufacturing technology makes such a difference in Kits Paraná, that Arruda often refers to the opening of Brazilian customs to Italian and German furniture production machines as one of the key steps in the company’s evolution. “In 1995, when they began to allow us to import the latest machines, it all changed,” Arruda says. He adds that Kits Paraná reached new levels of productivity after it was able to maintain up-to-date equipment. “Everything is faster today,” he says.

And, while the Kits Paraná focuses on the lower income groups, that doesn’t mean it makes products with less quality. “We keep the same quality in all our products; the difference is more in the design and accessories,” Arruda says. “It’s not because we’re selling something to a less wealthy customer that we are going to make a bad product, we always want to offer the best that’s in the market,” he adds.

That approach plus the experience Arruda gained from facing changing times in Brazil, assures of Kits Paraná’s future growth. “We have seen so many changes in legislative and economic policies in Brazil that we have learned to deal with anything,” Arruda says. “And the way we always faced it was delivering quality products,” he adds.

Responsibility
Arruda’s concerns transcend several areas, not the least being his employees. The afternoon snack the company offers has already become a tradition. “I think it’s important for everybody to have a break in the afternoon, and I want my employees to be well fed and healthy, so we provide snacks, which by the way, have their menu picked by the employees,” Arruda says. Kits Paraná also offers the employees a monthly food stipend.

In addition, Arruda is proud about how he made Kits Paraná an environmentally friendly company. He says the company and other local factories created a joint venture to make sure the byproducts and waste of their plants are appropriately disposed of. So Kits Paraná sends all the wood residues left from the production process to a treatment plant, where they will be burnt in a controlled room. The same applies to the air expelled from the plants’ exhaust systems. “We don’t emit any type of harmful pollutant to the environment,” Arruda says. He also led an initiative with other local furniture producers to create a reforesting consortium to give back to nature what they are taking, all utilized wood in the furniture production come from a renewable reforest.

The CEO is passionate about this subject. He mentions that in one farm he acquired in the region all the strip of virgin forest was preserved and fenced. “There are many kinds of animals on that property, from monkeys to exotic birds,” Arruda says. “We have to take care of the environment, it’s our future that’s at stake,” he adds.