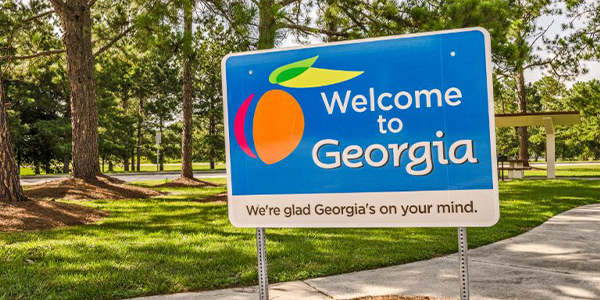 These are a few examples of innovations Georgia’s manufacturers have implemented, not to just compete, but to excel in the global manufacturing market.

“One of the things we do best in Georgia is support innovation,” says Craig Lesser, commissioner of the state’s Department of Economic Development (GDEcD). “We’re working hand-in-hand with our manufacturing community to help them find ways not only to introduce new thinking into their technologies, but to market their products around the globe.”

“Nationwide, productivity is up 4.9 percent and production is up 4.2 percent,” says Sherian Wilburn, executive director of the Georgia Industry Association.

“Manufacturing is certainly alive and well in Georgia. Our manufacturers are becoming more competitive and focused on key product lines, and on the most efficient manner to produce them.”

Growth in numbers
Wilburn observes that Georgia’s growing number of niche industries in particular find many opportunities for growth in the state, noting the metal finishing industry, which is doing well in Georgia despite an overall decline in the market.

As an example, she points to Universal Alloy’s plant in Canton, Ga., which has installed the second-largest extrusion press in the world. Once a tool of the German war effort during WWII, the press has been adapted through new technology to its present function of producing aircraft wing parts, and its output has tripled.

Another example of the way Georgia’s manufacturers have adapted to marketplace changes, according to Sharon Ferguson, director of public affairs for GTMA: Association of Georgia’s Textile, Carpet and Consumer Products Manufacturers, involves one of Georgia’s oldest industries, spun cotton.

“Traditionally, the spun cotton industry was located here because Georgia is where the product was grown,” says Ferguson. “Now the less-technology-dependent processes are overseas, but the industry here has become very diversified, thanks to new technologies.”

The carpet and rug industry is one of Georgia’s biggest manufacturing success stories. The Dalton-Calhoun area along Interstate 75 is known as “the Carpet Capital of the World:” it produces over 70 percent of the world’s carpet. Because companies like Shaw, Mohawk and Beaulieu have stayed on top of global trends incorporating polymers and different fabrics as well as by branching out into areas such as flooring and carpet tiles, their technological advances have helped drive the mills’ growth in employment. These companies also pour research into post-consumer uses of their products.

Education is a big impetus for that trend, say both Clark and Ferguson. For example: GTMA has an “executive-in-residence” at Georgia Tech’s School of Polymer, Textile and Fiber Engineering who helps coordinate research and curriculum between the school and the needs of the industry. Graduates of the program are “snapped right up” by employers, comments Ferguson.

Clark points to the newly announced Center of Innovation for Manufacturing Excellence, one of the state’s six centers of innovation in specialized fields such as aerospace, life sciences and maritime logistics.

“Manufacturers have to be more entrepreneurial these days,” he says. “We see more and more companies looking for new markets, new processes, new ways of doing what they’ve been doing, and we wanted to provide those resources. At the Center for Innovation they’ll get ‘Marketing 101’ and a lot of other information and instruction.”

GDEcD is working with the University of Georgia to develop the center’s curriculum, which will be implemented at Lanier Technical College in Hall County in spring 2006.

Michael Vollmer, commissioner of Georgia’s department of technical and adult education, oversees the state’s 34 technical colleges along with the nationally acclaimed Quick Start program for workforce training. Vollmer sees technical education as “playing a more vital role in our economy than ever before.”

“Traditionally, technical education has been looked upon as vocational training,” says Vollmer. “But our economy has changed dramatically in the last 50 years from one that required only about 15 percent of our workforce to have specialized skills, to one that requires at least 75 to 85 percent to have formal technical training. So, we’ve gone from an economy that got by with vocational training to an economy that relies on high-tech training.”

GDEcD’s Clark points out that manufacturing innovation in Georgia is not only taking place through diversification and education, but also through companies that are seizing the initiative to expand or sell products overseas. Georgia’s economy was founded on its transportation systems, from the ports of Savannah to the railroads of Atlanta, and the logistics that move products in and out of the state are still a major catalyst in its growth.

Today, the Port of Savannah is the largest container port in the southeastern U.S. and one of the nation’s fastest-growing ports. Hartsfield-Jackson Atlanta International Airport is the world’s busiest airport. Georgia’s highway system is consistently ranked at or near the top in the nation, and its efficient network of interstates mesh major cities and deepwater ports. In fact, 80 percent of the U.S. market can be reached in two hours by air and in a two-day truck drive from Georgia.

Almost two hundred years after Atlanta was founded as the terminus of a rail line connecting the coast with interior trade roots, railroads are still an important part of Georgia’s logistics. An extensive rail system, the largest in the southeast at over 4,700 miles, helps to seamlessly connect all four modes – road, rail, air and sea.

Companies large and small have strategically located manufacturing and distribution centers along the state’s highways and rail lines for efficient access to their markets. Miami-based Contender Boats, one of the world’s top manufacturers of premium sport fishing boats, recently announced it will open a high-tech manufacturing facility in Georgia’s Appling County to be closer to its customers. Clark says this trend is picking up among boat manufacturers, which now dot half-dozen counties in south-central Georgia.

“Contender has been one of many manufacturers who leveraged the knowledge and resources of GDEcD’s regional staff to find a location that worked for them,” Clark states. “We can also help companies increase productivity by hooking them up with Georgia’s educational assets or workforce training options.”

Clark adds that the Georgia legislature passed a number of business-friendly measures in 2005 that took effect on Jan. 1 of this year, including a new single factor sales tax that has received much interest from the industry.

“Manufacturers pay more, they give better benefits, and they become a part of their communities,” says Clark. “Manufacturing has always been important in Georgia and it will continue to be.”