Employees value leadership, communication, and ability to ‘be themselves.’

Chicago, Ill. – OSM Worldwide, a leader in eCommerce domestic and international shipping, announced today the company has been named an official “Great Place to Work®” organization for the fourth consecutive year. This annual award, considered to be “the global authority on workplace culture,” recognizes organizations that stand apart from their peers in creating a workplace that goes above and beyond for their employees.

“We’re thrilled to be recognized for a fourth year in a row, but most importantly, to have received such high marks on the engagement survey completed by our employees,” said Eric Hermonson, senior director of human resources, OSM Worldwide. “It’s a testament to the culture we’ve built so far, and cultivate every day.”

After providing a detailed employer statement about company culture and providing background on people practices in the workplace, companies like OSM Worldwide submit for staff members to complete engagement surveys. In total, 89 percent of employees surveyed said OSM is a great place to work, citing “communication” as a primary motivator and “leadership behavior” as a secondary. An overwhelming 96 percent of respondents said they “can be themselves” at work.

“It’s ultimately our people who make what we do possible, and their satisfaction on the job has always been crucial to our success,” said Gaston Curk, chief executive officer, OSM Worldwide. “Recognitions like ‘Great Place to Work’ help validate our efforts to continue promoting an awesome culture for our people.” 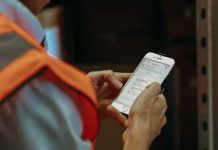 How Industry Culture Shifts are Changing the Future