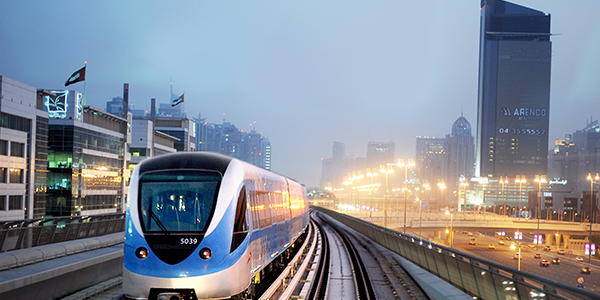 Whether it’s bringing revolutionary control systems to the transportation marketplace, bolstering a nation’s defense through its sensors, or implementing flight control systems for regional and commercial aircraft, the company’s influence is as far in distance as its impact is in depth. In a conversation with Industry Today, Mark Halinaty, President and CEO of Thales Canada, talks about the roots of his company’s flagship products, their significance in today’s world, and why the present has him optimistic about big things in the future.

Thales Canada serves as the pioneer of Communications-Based Train Control (CBTC) technology, beginning their efforts back in 1985. Over time, the system evolved to meet changing needs in the transportation world, gaining in success and reputation from its ability to optimize operating and maintenance costs throughout the system’s life cycle. “Our CBTC SelTrac® system was the first of its kind in the 80s, and it really has grown to become the industry standard today,” Halinaty says. The technology has a global influence, as CBTC SelTrac® system has been implemented in over 60 projects and operates on more than 1,600 kilometers of track around the world, mostly in major urban centers, and carries an estimated 3 billion passengers annually. And with three recent contracts locked up, with one in Japan and two in South America, those numbers continue to grow.

Amongst the three, the East Japan Railway in Tokyo is the most significant for the company, as Halinaty says that while it represents a major project in general for Thales, it’s perhaps better understood as a huge milestone for the company’s identity going forward, particularly in regards to its expansion of influence in what is typically a closed off market. “It’s really a significant project for us, as the Japanese market, in terms of train control and signaling, has traditionally been a closed market, utilizing domestic suppliers only,” he says, adding, “It’s key for us to be the first to break into the market through our CBTC technology, as it will set the precedent for future projects as well.”

The East Japan Railway, which spans 30 kilometers and has 70 trains docking at 14 different stations, was looking for a system replacement for its previous, more conventional automatic train control system. Halinaty says that the Japanese are highly knowledgeable customers and needed something that met “their specific needs.” He says that Thales’ well-renowned ability to work with customers and successfully adapt to their local environments was very important to the railway, and is an attribute of the company that he credits as the driving force in their success in foreign markets.

Crossing back over the Pacific Ocean and heading south, Thales also recently locked up significant con- tracts in the respective markets of Chile and Brazil. The first contract, announced in December, is a $451.9 million contract by the metro operator of the Chilean city of Santiago. Thales, alongside CAF, a Spain-based rail car manufacturer, will respectively supply a SelTrac® CBTC signaling solution to Lines 3 and 6 for the metro, as well as the necessary trains.

The combined delivered system will ultimately provide a passenger throughput capability of greater than 50,000 passengers an hour, per day. “I think it was really important to get together with CAF, as they already had an established sense of the South American transportation market,” he says, adding, “One of our strengths as a signaling and train control supplier is that we do not need to align to any train car builder per se, and that flexibility allowed us to find the ideal partner to go in and do this job with.”

Thales Canada’s most recent project, announced via a press release in March, is their primary role in providing a signaling solution to Lines 1 and 2 for a new metro system in Salvador, Brazil’s third largest city. Once again, the city specifically asked for their SelTrac® CBTC solution, which will allow for fully automatic, driverless operation, influencing 31 kilometers of rail line across 19 different stations.

Halinaty says that his company’s success in transportation, aside from possession of a cutting edge technology like SelTrac®, stems from their successful shift from supplying ‘greenfield’ applications to ‘brownfield’ applications. “Instead of coming in and setting up an entirely new system for subways systems, we began to come in and build off and upgrade their existing systems.” He says that while ‘brownfield’ applications are much more difficult, it allows them to work extremely closely with the customer and in doing so, provide them with a better idea of varying factors that differ from region to region around the world.

While Thales Canada’s Transportation sector is their main source of business, the company also has its feet firmly entrenched in the Aerospace and Defense and Security sectors as well. Aerospace capabilities include the development and installation of leading flight control systems for regional and business jets, as well as integrated systems for cockpit, cabin, and flight controls for aircraft around the world. “We have developed quite a bit of skill in flight systems over the years,” he says, adding, “we integrate fly-by-wire systems, and you’ll find us doing a lot of ‘mission critical’ software engineering, supplying such to companies like Bombardier and Gulfstream.”

In terms of defense and security, Thales has a deep-seeded history in its relationship with Canada’s armed forces. “We’ve been working with the Canadian Army and Navy for over 30 years,” Halinaty says, adding, “our capabilities began as merely importing radar and sonars for the Navy, but today we find ourselves performing large system integration and software development for many of their sensors.” He says that Thales Canada is the primary supplier for Command and Control software on board every Canadian Coast Guard vessel, and are also currently partnered with Seaspan Shipyards in Vancouver as part of Canada’s national shipbuilding procurement strategy. “For this project, we are the primary electronic system integrator for a few of the ships being built for the Coast Guard, and doing the same for a massive support ship for the Canadian Navy.”

Additionally, Thales works so closely with the Canadian military, that they specifically built an extra facility in Montreal, dedicated to the sole production of optical sensors for the army. “We have 60 passionate individuals working here, and employ a fair amount of lean manufacturing programs,” he says, adding, “we take all of our partnerships very seriously, but with the armed forces, we understand the significance of the task at hand and do whatever we can to get our products to them as efficiently as possible.”

The company’s intimate work with the Canada’s armed forces recently earned them a five-year, 20 million research and development contract from Canada’s Department of National Defence. “We are very proud of this contract because of its validation towards our company being a Canadian company, something we have worked very hard to establish,” Halinaty says. He says that the contract is highly motivating for them, as “it’s key for us to help shape the future and give back to the Canadian environment.”

Halinaty says that his company’s achievements across each of their three branches of business stems from an open-minded philosophy and a commitment to their roots. “We really work hard to maintain our Canadian identity as a company,” he says, noting, “and yet, we are boundary-less in our business mindset, there’s really no region we won’t go after if our products can improve the current system in place, and create a safer, more effective platform.”

He recalls the London Olympics in 2012, when his branch was tasked with a re-signaling project for the Jubilee line in London’s subway system. “They were nervous about how the system would hold up, with all of the increased traffic going in and out due to the Olympics,” he says, adding, “We pulled out all the stops and had our experts on standby if nothing else than to ease their minds. In the end, record numbers of people went through the system and everything went smoothly.”

For Thales Canada, a company that has global capabilities and a deep-rooted pride in its base country, the future is bright both domestically and internationally. With products that truly ‘signal’ the future, Thales Canada looks to be a major player in the transportation, aerospace, and defense and security industries for many years to come.