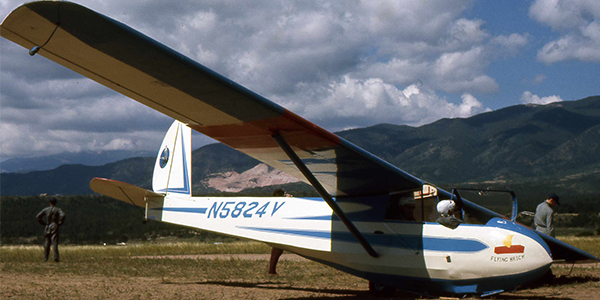 This company is movie-script material. Its aircraft do amazing things, such as flying unmanned and soaring, without a motor, distances and altitudes that seem impossible. They perform reconnaissance missions just a thousand feet above the ground, with no detectable acoustic signature. Its engineers are intrepid innovators. Its aircraft are extraordinary and efficient precision performers.

The company is Schweizer Aircraft Corporation. Its landing pad is in Elmira, N.Y., where it employs 450 dedicated people in about 200,000 square feet of bustling facilities. Schweizer Aircraft is the oldest family-owned and privately run aviation company in the United States, and perhaps the world.

To understand the world-renowned success of the company, one must understand the cornerstone philosophy of the three Schweizer brothers – Ernie, Paul A. and Bill – who shared a passion for flying and for building sailplanes. After witnessing an aircraft structural failure that involved fatalities, the brothers made a vow to build nothing but the best aircraft, with features that would ensure the safety of its passengers.

“Ernie, who was the chief engineer and the president, said he would never let that happen to one of his gliders,” says Paul H. Schweizer, the current president. From the very beginning, Schweizer gliders had the reputation of being the safest and strongest on the market. “To us, ‘safest’ means two things,” Paul continues. “First of all, Schweizer sailplanes, airplanes and helicopters have a reputation for predictable flight characteristics, which makes them less prone to accidents. Secondly, in the event of an accident, the energy-absorbing structure of the aircraft greatly reduces the risk of injuries or fatalities. These are important to our philosophy and to our image.”

Because of its diverse product history and its position at the vanguard of new technological development, the Schweizer name is known to many segments of the aviation community. “We mean different things to different people,” says Paul. “People who know of us from our beginnings know Schweizer as the sailplane company. We built over 2,100 training, recreational and high-performance sailplanes. Others know us as the ag-airplane company because we produced 2,700 Ag-Cats, the finest agriculture spray airplane in the world. And others know us as a helicopter company. We have built more than 800 helicopters.”

“Our subcontract product line presently accounts for about 30 percent of our business,” says third-generation Peter Schweizer. “We design and manufacture detailed parts and components for aviation leaders such as Boeing, Northrup Grumman and Sikorsky. It says a lot about the quality of our workmanship, producing products for large aerospace companies that meet their high standards of excellence.”

The special-purpose reconnaissance aircraft Schweizer Aircraft designs and builds are paragons of engineering excellence in the aviation community. “They evolved over the years and have capabilities that no other aircraft in the world possess,” says Paul. “They can fly at altitudes of only 1,000 or 2,000 feet without detection from the ground. The combination of their aerodynamic characteristics and the sensors they carry make them unique.”

Reconnaissance aircraft are by definition high-tech and Schweizer Aircraft’s newest reconnaissance product – the turbine-powered, twin-engine RU-38B – is impressive by any standard. “The development of this aircraft is technically challenging,” says Paul. “It is designed to fly covertly so as not to be detected by people on the ground. In addition, it must carry very large payloads and operate for very long endurances.” The RU-38B is geared toward government customers, both here and abroad.

Chopper Champs
Although the company’s products in each of its four core competencies are impressive on their own, Schweizer Aircraft’s helicopter division soars above the impressive level. “Helicopters are technically challenging to design and build,” says Paul. “But we’ve taken on these challenges and we’re developing products meeting some very exciting market needs.” This is a very understated appraisal, considering what some of these “exciting market needs” really represent.

The helicopter business is Schweizer Aircraft’s mainstay, and offers three major models: two piston-powered and one turbine-powered. “Our 300C is a piston-powered, fuel-injected light utility
helicopter, used in many different applications including airborne law enforcement, military/civilian flight training, agriculture and pipeline/power-line patrol, to name a few,” says Peter. “Police departments use the 300C for aerial reconnaissance and patrolling from the sky, tracking criminals without endangering bystanders.”

The Schweizer 300CB was developed from the 300C to cater to a specific market need. “It’s used mainly for training purposes throughout the world,” notes Peter. “The training market is an important market for us, as military and civilian operators around the world use the 300CB as a training aircraft. The CB is attractive to flight training operations because it is designed to reduce operating costs, helping to keep costs down and aircraft in the air.” Like the 300C, the 300CB is also used for power-line/pipeline patrol and other missions.

The Schweizer 333 is the latest addition to its single-engine, turbine-powered helicopter line-up. “We believe this turbine-powered helicopter will be the industry leader for the light turbine market,” says Paul. While able to perform all of the roles that the 300C and 300CB play, the 333 excels in airborne law enforcement. Its comparatively low acquisition cost and ability to carry an impressive payload make the 333 an ideal platform for airborne law-enforcement missions. For its law-enforcement role, the 333 is outfitted with a forward-looking infrared (FLIR) camera, powerful searchlights and high-tech communications equipment. All of the optional equipment is installed at the Schweizer Aircraft factory, where all aircraft are tailored to meet specific customer requirements.

Techno-titans
If there is just one prominent characteristic the Schweizers exhibit, it has to be their vigorous joie de vivre as they explain just what it is they do for a living. Pride of accomplishment tempered by humility is a rare combination, but it thrives at Schweizer Aircraft.

The company’s exciting advancements in unmanned aerial vehicles (UAVs) is yet another example of how Schweizer Aircraft continues to advance helicopter technology. “We are the only company in the world producing unmanned helicopters,” says Paul. The essence of these UAVs is their ability to accomplish very dangerous flight missions that, if manned, would endanger the lives of crew members.

The UAV is a derivative of Schweizer Aircraft’s Model 333 helicopter. It has the ability to take off vertically on a mission originating on a ship, fly approximately 100 miles, loiter on station and return home to land vertically. Although they are now slated for military use, other possible markets for the company’s UAVs range from commercial and governmental agencies to Hollywood filmmakers.

“We are also working with a Japanese company on a less sophisticated unmanned helicopter, which has interesting potential in the commercial world,” says Paul. “The Japanese government wants to be able to collect air and ash samples from the interior of volcanoes soon after they erupt, and we have the vehicle that can do it,” notes Peter. Nuclear air sampling is another UAV application Schweizer Aircraft is exploring.

“The movie-making industry is considering using these unmanned helicopters to get shots that would be very hazardous to a pilot. We’re discussing a number of other
possibilities for our UAVs, but at this point, it’s still concepts rather than reality,” says Paul.

Egalitarian Eagles
The company’s environment is one of openness and approachability. “People know that if they have a problem, they can always call a Schweizer and they will get a response,” says Paul. “So our ownership and our management structures really do make us unique in the industry.”

How many other companies have rotating presidencies? Ownership is divided equally between second-generation Schweizers: Paul, brother Stu (president beginning in 2001) and cousin Les. “We run this company very much in an egalitarian manner. It’s really a consensus-type management similar to that used by many Japanese companies,” says Paul. “We encourage our people to be decision makers at all levels.”

“The aerospace industry is one of constant change, and if you are not continually developing new or improved products, you will be left behind,” says Paul. “The products that Schweizer manufactures require significant investments in R&D before the first dollar of revenue is ever realized. This is why so few aviation companies have stayed in business over the years. It is a business of high risks and high potential returns. For many aircraft manufacturers, the price paid for one bad investment decision has been the demise of the company.”

Schweizer Aircraft has been fortunate in this regard. “We’ve spent a lot of money over the years developing innovative products. The investments we have made during the last 10 years are just now beginning to pay off. It is very exciting to go from a concept through a development program and finally to an actual production aircraft,” says Paul. “Our unmanned helicopter puts us at the forefront of a brand-new technology. It hasn’t happened by accident – there’s been a lot of hard work to get us here. One thing we understand in this company is that you can’t remain static. As we look to the future, we will continue to evolve and to meet new market demands.”