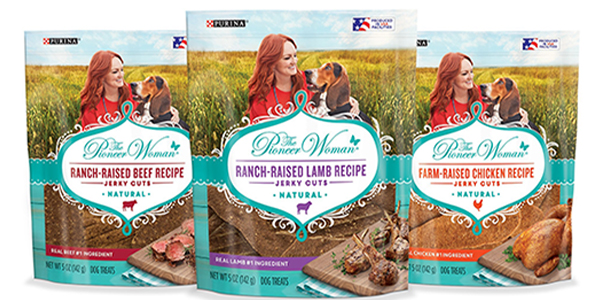 Pioneer Snacks started up shop in 1986, but its rumblings began as early as 1950. That’s when Robert George, now president and CEO of Pioneer Snacks, saw his father start and grow his own business – a one-truck dairy operation in Detroit, and turn it into the largest independently owned dairy in the Midwest. Robert worked at the dairy along with his five brothers, but unlike his brothers, he just didn’t find the dairy industry innovative enough. But he did have his Dad’s entrepreneurial spirit. And, there seemed to be some bovine connection as well.You see, Robert just loved beef jerky. To hear him talk about it you’d say he has a sincere passion for it. While working as a sales rep for his Father, on a whim (and because he had access to retailers) Robert bought a minimum order of jerky. He sold it on the side to friends along his dairy sales route and would then keep two cases of the stuff for himself. Not thinking it would amount to much, he ignored storeowners’ urgings to order more of the jerky. But the owners kept insisting. “We gotta have it. Our customers are crazy for it. We can’t keep it on the counter!” Robert thought it was crazy to keep asking for a minimum order – which amounted to 500 pounds of the dried meat at a time. Or was it? The stuff just seemed to be a favorite with people. Whether the diet industry was proclaiming low carb or low fat, Atkins or South Beach, beef jerky seemed to get mentioned as a viable and healthy snack and storeowners just couldn’t keep it stocked.
So Robert thought about it. Seriously. Could he grow the line? Could he make a business out of jerky? He started to work on product ideas and rack development concepts for different distribution avenues. Then, he jumped in.

Beefing It Up
In no time, Robert had 15 routes. By 1993, he sold those routes and bought his own manufacturing facility – a sizeable building of 18,000 square feet. Today, the plant measures 34,000 square feet with 92 employees at the helm. An additional 33,000 square feet of warehouse space has also been added and there is room to expand. Robert George has also taken the operation from a standard labor operation to a state-of-the-art automated facility through capital expenditures of over $10 million. The plant’s packaging area contains the most sophisticated equipment. Here, an automated process weighs the product, forms a bag from stock film, fills, modifies the atmosphere, then seals the product – all in a line as opposed to having a preformed pouch or multiple lines. Robert gives a lot of credit for the company’s success to his senior management team. Together they have developed many exciting and innovative concepts that have moved the company forward. “People are the motivating force behind an organization,” says Robert, “and we are fortunate to have loyal, passionate associates who look forward to coming to work.”
Another unique technological aspect of Pioneer’s operation is its newly installed SAM (Security and Monitoring) System. With Pioneer’s main headquarters in Farmington Hills, Mich., and its plant in Minnesota, SAM Systems developed a DVR system through which Pioneer employees can keep in contact with one another via digital camera, videoconference through all the plant and office areas and talk over the Internet using real time software. “This is an absolutely amazing tool,” says Robert George. “We use this to communicate internally as well as with our vendors. It’s a great resource because it keeps a two-year archive that has an easy to use search engine. It has not only increased communication and productivity but is also proving to be a valuable tool in resolving many HR and production issues.

Jerky’s No Joke
Beef Jerky is nutrient dense and shelf stable, and can be produced using a combination of curing, smoking and drying procedures. Traditionally, jerky was made by the use of sun, wind, and smoke from fires as a way to preserve and extend the shelf life of meat.
Today, meat snacks are a popular product worldwide and Pioneer Snacks has over 80 different styles and flavors to choose from. Pioneer caters to convenience stores, mass merchandisers, grocery stores and offers a contract-packaging program.

The company recently introduced Road Ready Canister Snacks, a new line of snack sticks packed in clear plastic reclosable canisters. Bold, bright graphics are printed on clear labeling so consumers can see the quality of the product inside. In their short time on the market, Road Ready canisters have been picked up by several mainstream retailers nationwide, and just this summer were chosen as the “Best New Product” of 2005 by the National Association of Convenience Stores. Pioneer is currently working on an extension to the line called Steak Tenders. While jerky is a tougher, drier product favored by men, Pioneer hopes to target the female market with these soft and tender strips of real beef steak.

Pioneer has also recently launched a new and unique line of wood-smoked beef jerky. Woods like maplewood, applewood, mesquite and hickory are used to give its meat products a very intense wood smoked flavor. Pioneer also offers Turkey Jerky, and is experimenting with the other proteins. “We’re starting to come up with a lot of great alternatives, like chicken and pork. There’s a little different food science behind these products,” says George, “but our preliminary research and development is really coming out with some good stuff.” Pioneer is also moving into different food service items including precooked ribs and Pig Wings. The Pig Wings product is made out of pork and smothered in sweet barbecue sauce. They have a texture like chicken, and the taste of spare ribs.

Pioneering Spirit
Pioneer Snacks has earned its name. The company has pioneered some of the most unique and award-winning snack concepts in the industry today and set the standard as true innovators by being copied regularly by competitors.

With his father supporting his efforts and still by his side, Robert George and his team are determined to stay ahead of the curve and better the industry. “We have an extremely high quality product and we’re very proud of that. Many jerky products you see on the market today have yet to achieve the standards of taste and quality offered by Pioneer and its state of the art technology. We’ve come up with proprietaryprocesses to ensure tenderness, taste, and consistency while still maintaining a 12- to18-month-long shelf-life.”
Pioneer is in the midst of revamping its marketing mix with a packaging redo and Web site overhaul. The current Western motif used throughout its marketing materials appeals primarily to the male 18-35 demographic. “We are getting away from that a bit
and trying to appeal to the masses and kids a bit more,” says Robert George.

Pioneer’s Web site facelift (www.pioneersnacks.com) will consist of an upgraded look, promotions, and other interactive features. The site will serve as a brochure so interested consumers and distributors alike can visit and order product. It is just another way in which the company plans to lead the snack market.