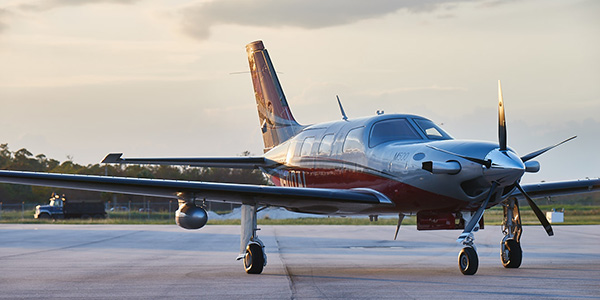 Like the phoenix rising from its own ashes, New Piper Aircraft, Inc. has soared from what was left of the old Piper Aircraft. Founded in 1937-the legendary Piper Cub was one of the first production models-and by the late 1970s Piper employed almost 8,000 people at four plants. It was producing nearly 5,000 general aviation craft a year and had annual sales of more than $400 million. Then the bottom fell out.

By the early 90’s, a combination of internal and external problems forced Piper into bankruptcy. Internally, there were management problems. Externally, the general aviation field was rife with overproduction. Changes in the investment tax credit laws made it more expensive to buy general aviation products, and there were cuts in federal flight training programs. Perhaps worst of all, aircraft makers faced unlimited liability for their products. In other words, “If there were a problem with a Piper aircraft built in 1937, we could still be held liable even though the aircraft might have had many owners and the service records had been lost,” explains New Piper spokesperson Kimberly Wheeler. “That made liability insurance prohibitively expensive.”

By 1991, the once-proud general aviation nameplate had been reduced to 45 employees. The company sold only 41 aircraft, a far cry from the glory days of the 1970s. Enter current New Piper President/CEO Charles Suma and a group of former Piper managers, who literally refused to let the company die. Within four years of declaring bankruptcy the company was back up to 650 workers, a reorganization plan was finalized, and the old Piper was ready to rebound as New Piper.

“Under bankruptcy, we were able to raise money, buy engines, and complete unfinished aircraft,” Wheeler explains. “We were able to re-hire engineers and manufacturing labor, and bring new technology in and jumpstart our operations.”

A huge step forward came in late summer 1994, when Congress passed the General Aviation Revitalization Act (GARA). The key provision was to shield aircraft makers from liability for planes more than 18 years old. “That reduced our potential liability to a manageable level and was instrumental in allowing the company to reorganize from bankruptcy,” says Wheeler.

The reorganization successfully positioned New Piper for new ownership. The Philadelphia- based investment firm Dimeling, Schreiber and Park entered the picture as the new owner when New Piper reorganized from bankruptcy in 1995, infused the now-growing company with cash enough
to begin considering new product launches. One key factor making the recently bankrupt company an attractive takeover target: “There may have been management problems, and there certainly were industry-wide problems, but there was one thing with which there was never a problem,” Wheeler explains. “And that is product quality.”

And New Piper is indeed an American success story. From the 45-employee company selling just 41 aircraft, it has in the four years since emerging from bankruptcy grown to a 1,200-employee company that will sell 329 aircraft in 1999. Projected sales for 2000 will approach the 400 mark.

All of which leads to the next step for New Piper new products to fuel new growth. The company caused a major general aviation stir
in the summer of 1998 with the first flight of its new single-engine turboprop, the Malibu Meridian, marking the company’s return to the realm of turboprop aircraft. Powered by a Pratt & Whitney Canada PT6A-42A engine, the Meridian can cruise at speeds of over 300 miles per hour at an altitude of 30,000 feet. The six-seater has a maximum range of some 1,000 nautical miles and a payload of 1,600 pounds.Currently, three production prototypes are serving as certification vehicles and first deliveries will be made next summer. Orders for the Malibu Meridian topped the 100 mark in late spring. Comments President/CEO Suma, “These firm orders underscore the overwhelming market acceptance of this class of aircraft.

“The Meridian’s performance, comfort and agility, coupled with the capabilities offered by the avionics package and the competitive acquisition and operating costs, make it a contender in the demanding business aviation marketplace,” he continues.

State of the Art

Suma terms the avionics package “a leading edge ‘glass cockpit.'” Working with GARMIN International, Meggitt Avionics, Inc., and S-TEC Corp., New Piper has put together a cockpit that includes dual installations of the GARMIN GNS 530, a complete navigation and communications system. Each includes a 12-channel GPS and a full-color large-screen moving map.

Not content to rest on its laurels, New Piper Aircraft
is also overhauling and up-grading its product line of piston-engine planes. “We are the only piston-powered aircraft manufacturer offering a complete selection for most general aviation purposes,” Suma enthuses. Its training aircraft include the Warrior III, Archer III, Arrow and Seminole; its personal aircraft include the Archer II, Saratoga II HP and Saratoga II TC, and its business models are the Seneca V and Malibu Mirage.

Indeed, New Piper is an international company in terms of its product deli-very. Upwards of 40 per-cent of what it makes is sold abroad. The company has about 30 sales and service centers in the U.S., plus a worldwide network of distributors in Canada, the Caribbean, Central and South America, Europe, the Middle East, Africa, and the Pacific Rim.

What’s next? “We are exploring a number of options for the future,” according to Wheeler. “We’re looking at more turboprop applications, of course, perhaps a twin turbo, even jets.”

“The important thing,” she stresses, “is that we continue to do market research. The Meridian emerged as a result of market research. We have listened to our customers and are creating what they want.

“Finally,” she concludes, “the Great American Turn-around could not have happened without the dedication of our employees. That is really a great story!” 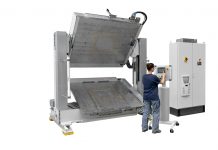