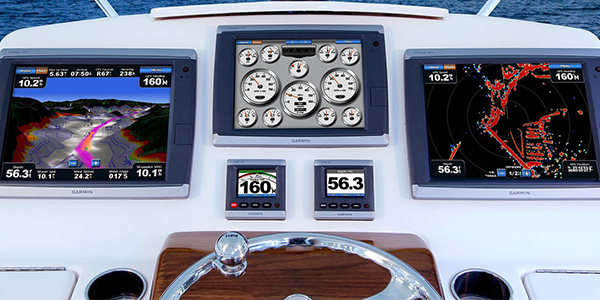 When Techsonic Industries, Inc., began as Fulton Electronics Company in 1971, it was a small, one-product enterprise. Fulton’s operations in the fishing town of Eufaula, Ala., consisted of producing a sonar fish-finding device called the Humminbird Depth Sounders. Developed by founder Yank Dean IV, the Humminbird line eventually became the backbone of a company that grew to reach international waters. Now, about 30 years and almost 5 million Humminbirds later, Techsonic is the recognized leader in manufacturing and marketing electronic fish-finding products. You might say that, with $50 million a year in sales, Techsonic is the kingfisher of the marine electronics industry.

Casting a Line to Customers

Operating out of three buildings in Eufaula and a design center in Atlanta, and using a sales network that takes in the United States and foreign shores, Techsonic has a market among professional and hobby sport fishers alike. By offering quality products at fair and competitive prices, very responsive customer service and ongoing product development that uses of state-of-the-art electronic technology, Techsonic has built and kept a large and loyal customer base.

For everything from the basic needs of the occasional angler to the demand of the most dedicated professional, a Techsonic product is out there. The company’s original product line, Humminbird, remains the recognized brand leader in electronic fish finders. Along the way, Techsonic developed a diverse product line and changed its name to reflect a complex business entity. Highlights of this growth include:
1973 – Fulton reorganizes as Allied Sports Company.
1975 – The Humminbird Super 60 depth sounder is introduced and becomes the industry’s biggest seller.
1977 – Allied Sports becomes Techsonic Industries, Inc.
1983 – Company officers purchase Techsonic, an ESOP is formed and the employees become the owners.
1984 – Techsonic introduces the LCR, a revolutionary sport-fishing sonar product.
1984 – The LCR 8000 wide-screen crystal recorder is created, marking the turn away from paper chart recorders.
1986 – The 1 millionth Humminbird is produced. The LCR 41D is introduced and becomes the No. 1 product in the fishing and marine industry. Referring to the product’s display technology, “If it’s fish, it’s red” becomes the slogan of fishers everywhere.
1989 – Techsonic expands its product line by offering the first waterproof VHF radio.
1990-1991 – Dimension 3, the first three-dimensional sonar product in sport fishing, is introduced.
1991 – Techsonic partners with Pennsylvania-based Teleflex, a world leader in the marine, aerospace and automotive markets.
1993 – Humminbird WIDE, a product line of liquid crystal fish finders, is launched.
1994 – Teleflex becomes owner of Techsonic Industries.
1996 – The new line of Humminbird WIDE products is unveiled.
1997-2000 Techsonic continues to expand and diversify its product line. Zercom Marine, maker of depth sounders; Cetrek, maker of auto-pilot and global-positioning (GPS) devices; and Fisheye, maker of underwater video cameras, become part of Techsonic.

As of June 2000, Techsonic’s new president is Doug Rasmussen, a veteran of the electronics industry. He heads an organization of 325 employees, more than half of whom work in the company’s 120,000-square-foot manufacturing operation in Eufaula.

It is at that site, overlooking the shores of a 46,000-acre fishing reservoir, that the company now manufactures more than 50 products and 200 accessories to supply the sport-fishing market.
Commenting on the plans for the company’s continuing growth and product diversification, Rasmussen says, “Our role is obviously poised at the outdoor industry.

We are looking to produce integrated sonar and GPS communications and other sensor data into meaningful communications for the outdoor market so the outdoor sportsman can accomplish his goals – whether it be to find a fish or find a position.

“Techsonic is working both independently and in cooperative efforts with Teleflex to provide integrated electronic solutions for boat operators. One example is the open communication bus structure that you now find on automobiles. There is one communication line around the car, and all the data – gauges, temperature monitors, registering devices for battery levels and other operations – are carried in it. We plan to integrate that bus technology onto the boat. So a boat operator could buy our positioning device and just plug it into that line.”

When it comes to building its product lines, Techsonic has two new successes in its Zercom line that are leading the way. First came the Zercom LPG 2000 depth sounder, which offers the fisher 400 watts of power and a rugged housing that can withstand every kind of weather condition. Last month, the Zercom Z160, a smaller version of the LPG 2000, was launched. This smaller unit has many of the features of the larger product, and offers the capability for flush mounting in the boat dash.

Target markets for future growth include international sales of fish-finding products in South America, Europe and New Zealand, where Techsonic has already established a presence. Another area of development is the manufacturing of electronic devices such as gauges for other industries. One example is Techsonic’s electronic products made for a heavy-duty equipment manufacturer.

Looking to the future of Techsonic, Rasmussen comments on its strengths for reaching new markets: “Techsonic has a strong and unique competency in sonar technology and industrial design and the ability to integrate solutions in the marketplace. I am also struck by the level of passion and commitment to the company that is shown by its people. These are people who enjoy sport, so it does not really seem to be a job to them.”

There is such a high level of energy across the company that providing solutions to the market seems natural to the people at Techsonic.

“These two strengths – its dedicated people and its special competency – position Techsonic as an industry leader and give it what is needed to compete in the market as it changes,” says Rasmussen.