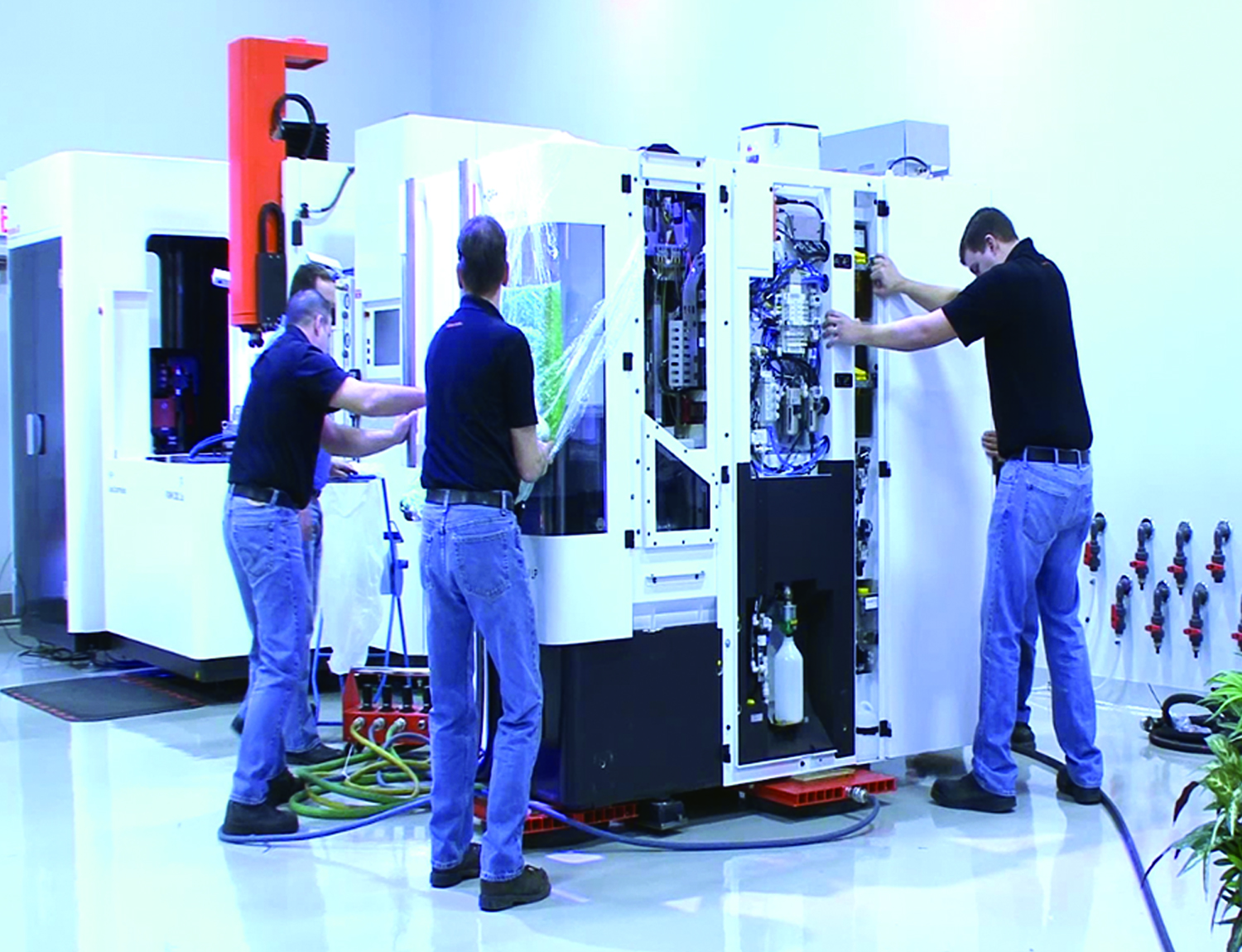 Moving 50 to 200 tons of product, equipment, or materials on a repetitive basis is a common challenge in industries such as manufacturing, aerospace, stamping, power generation, and marine. Loads are not only heavy but can be awkward in dimensions and fragile as well. Cranes and conveyors have long been used as a form of transportation, but today’s manufacturers seek better, more efficient and flexible ways to move goods to maximize safety, reduce costs and streamline the process. Air caster systems have proven to provide a bridge between traditional MHE and the desire for manufacturing flexibility.

An overview of air caster technology

Anyone who’s played air hockey has seen air caster technology in action. A flow of air allows the movement of the puck― the load being moved―to be floated in any direction with a minimum amount of force. Air casters employ the same principle. The resulting reduction of friction facilitates near frictionless movement in all direction—a flexibility manufacturers appreciate when maximizing floor space or realigning a production line. Unlike cranes, wheeled dollies, hydraulic jacks, skid beams, forklifts, and conveyor and static track systems, air caster technology has revolutionized the movement of such multi-ton loads.

Loads moved via an air pallet of product, acting like a hovercraft, can be transported in any direction by providing friction-free, omni-directional movement at a controlled velocity with minimal effort, a virtually impossible task for conventional methods. These attributes are particularly beneficial when handling loads that are not only heavy, but are oddly configured, imbalanced, bulky or fragile and require special handling.

Among the most important attributes for air casters is the fact that a minimum amount of force, only five to 25 pounds, is required to move a 5,000 pound load.. Because air casters are omni-directional, very little force is required to change their direction. Industries that have relied on wheeled casters or rollers concede that directional change is time consuming, can gouge or tear floors, and is anything but flexible.

Air caster technology in use

In increasing numbers, savvy manufacturers are turning to air caster technology. Since they were first developed in the 1950s by General Motors and later refined by engineers at Boeing, air caster technology has been successfully implemented to move aircraft fuselages, specially-sealed casks of nuclear waste, reposition sections of ship hulls and lift the caissons used to construct a seawall, and reposition the largest electrical generator in the world. The technology and its attributes benefit much smaller loads in the 5000 lb. to 20 ton range similarly, such as missiles, telescopes, construction equipment and test devices.

For example, CF Agie Charmilles, the Swiss-based maker of precision machine tools for the aerospace, medical, and automotive industries, has implemented air caster technology to replace the heavy-duty forklifts it had been using to move delicate production equipment and finished product.

According to Jesus Ledesma, refurbishment and facilities manager at the company’s North American production facility in Lincolnshire, Illinois, “The ability to move machines in restrictive areas, control tight turns, the simplicity of operation, and ease of mobility were key elements in our company deciding to use air casters. We needed to come up with a new system that would be fast, and easy to operate.”

Another major factor in the decision by CF Agie Charmilles to utilize air caster technology, says Ledesma, is how the technology “eliminates any damage to our facility’s epoxy-coated floor. The heavy-duty forklifts we were using before caused serious damage that was expensive to repair.”

Air casters make such damage a distant memory since heavy loads can be floated on air over the surface of any flat, non-porous floor, even those with gaps, access panels, and channels.

The most significant and obvious benefit of utilizing air caster technology is cost versus the weight of the load being moved that results in reducing downtime and manpower costs. Typically, to move 1,000 tons of bridge components might cost anywhere , for a complicated forklift system, where manufacturers could buy an air caster system to do the same job with virtually no limitations, for less than $350,000.

Also, manufacturers can benefit by the technology’s ability to expedite production by swiftly repositioning equipment, facilitating batch production, and allowing movement of same to any place in the manufacturing plant or distribution facility. Companies of all sizes can improve flexibility and efficiency and maximize their work flow with relatively little investment, while, at the same time, reducing the risk of hazards to their workforce and their facilities.