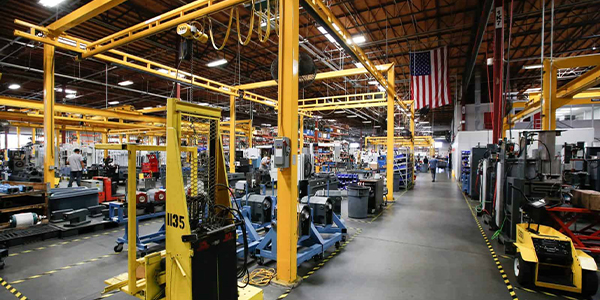 The rise of China as a manufacturing force has posed serious economic challenges to U.S. industry, even as it presents great opportunity. The world’s most populous nation offers both a site for offshore production and a vast and growing consumer market.

Yet no matter how interconnected China and the United States are in today’s globalized economy, it’s rare these relationships cross the mind of the average consumer, interested first and foremost in finding reliable products at a reasonable price. But what happens when those products are not just unreliable, but downright dangerous?

We are learning the painful answer to that question right now. Following a series of reports about deadly pet food, fake pharmaceuticals, unsafe automotive parts, faulty equipment and countless other dangerous products from China, U.S. consumers have reacted with understandable alarm, and government and industry have engaged the issue with their full energies.

Safety comes first
The NAM believes that China must first recognize that these safety and health violations represent a serious problem, one that demands more than the usual public affairs campaigns and diplomatic shouting. The United States must also act, strengthening existing monitoring and inspection capabilities and providing technical assistance to the Chinese to help them address their failures.

Contaminated pet food that killed thousands of U.S. cats and dogs elicited a strong reaction among the public, raising the profile of this important issue. However, the problems of Chinese counterfeits and faulty equipment are by no means new, especially to manufacturers.

For the Square D Company of Palatine, Ill., the problem has reached crisis proportions. Square D’s sterling reputation for quality was adversely affected by the spread of counterfeit circuit breakers manufactured in China and distributed in the United States. These boxes carried forged logos of the Square D Company as well as fake Underwriters Laboratories’ (UL) endorsements.

Made with inferior materials, these circuit breakers failed to trip, allowing dangerous voltage to burn internal electrical wires, sparking house fires. To date, Square D has filed nine lawsuits against firms who knowingly distributed the unsafe devices. Square D’s efforts and cooperation with U.S. government agencies have led to the seizure of more than a half-million counterfeit circuit breakers.

Earlier this year the NAM joined other business and consumer groups in founding the Coalition Against Counterfeiting and Piracy. The CACP has presented to Congress a comprehensive strategy to address the broad range of issues affecting trade in counterfeit and pirated products. Included in our recommendations are strengthened enforcement, both here in the United States and globally, and improved legal tools for cracking down on counterfeits.

Quality assurance necessary
American manufacturers have a number of prominent issues that must be addressed in this trading relationship including China’s currency manipulation, its heavy subsidization of favored industries and its lack of intellectual property protection. We support the stronger stance the Administration is taking toward China on these issues, including the filing of WTO cases when negotiations and consultation failed.

Yet there is no question that a healthy long-term U.S.-China bilateral trade relationship is in the interest of both countries. Therefore, it is important that we take advantage of every opportunity to work cooperatively on issues of mutual concern.

The NAM believes a variety of strong actions are needed to respond to the safety and health issues posed by faulty Chinese goods.

First, the U.S. government should expand its efforts to ensure the quality of imports, making certain that adequate resources are provided to the Consumer Product Safety Commission (CPSC), the Food and Drug Administration (FDA) and the Food Safety Inspection Service (FSIS).

China must expand its safety and inspection programs, close factories not meeting standards and do significantly more at its borders to ensure that its exports are safe. One way to accomplish this goal is for China to make broader use of internationally recognized quality certification programs, such as ISO9000.

And in fact, Chinese authorities are taking action along these lines. In July, they shut down a chemical plant responsible for tainted medicine that killed dozens of people in Panama, and they have shuttered other companies tied to the pet deaths.

In these considerations, we should take care to not endanger our own system, under which the bulk of U.S. manufactured goods are produced according to manufacturers’ self-certification rather than by government inspection. We continually seek to improve the blend of government oversight, company self-regulation and third-party testing and certification to ensure that America remains world’s safest and most innovative economy.

When dealing with the issue of ensuring the safety of our imports, we must take care to approach it as a health and safety issue. The United States should stay rigorously within the international trade rules relating to standards and technical regulations. Using safety to achieve disguised protectionist aims undermines the seriousness of those concerns.

It is time for the Chinese government and its manufacturers to follow the rules. They are not guidelines or mild recommendations, they are international treaties and national laws that demand compliance – and they make sense. When American lives are endangered, posturing is not an adequate response.

John Engler, the former three term governor of Michigan, is President and Chief Executive Officer of the National Association of Manufacturers. For more information visit www.nam.org