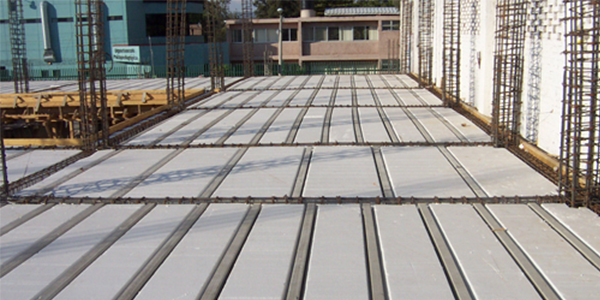 IBOSA S.A. de C.V. is positioned as one of the most important manufacturers in the pre-cast and pre-stressed concrete and construction industry, with advanced machinery, tools, products, materials and equipment for concrete construction. Architects, engineers, commercial and residential contractors, housing developers, civil engineers, private developers, and government authorities seek the company’s expertise in the industry.

With more than five decades of experience, VIBOSA has emerged as a business pioneer for the construction of pre-stressed and post-tensed prefabricated concrete elements. Applying a philosophy of evolution and progress, VIBOSA is today a financially strong and healthy business, with an enhanced organizational structure, advanced technology, its own functional facility and an experienced professional team that is a part of each segment of the business.

“At VIBOSA, innovation is constant,” said Lic. Felipe Gutierrez, commercial director. “With technology development on a worldwide basis, the requests and expectations of the industry have also evolved. These demands represented a challenge to keep us at the technology avant-garde, always offering high quality solutions since our foundation.”

HOW IT ALL STARTED
The company was founded by Augusto Caire Daumas in 1955 in Mexico D.F. The original venture focused on pre-cast beams, or girders, and bovedillas. The company pioneered in bringing French technology into Mexico. The concept of pre-stressed concrete came originally from a Frenchman named Eugène Freyssinet, who in 1928 developed a method for overcoming concrete’s natural weakness in tension.

The idea was to extend the span of ordinary reinforced concrete to produce structures with larger lights without intermediate columns. Pre-stressed high tensile steel cables or rods are used to provide a clamping load, which produces a compressive stress that counterbalances the tensile stress the concrete element would otherwise experience due to a bending load. Pre-stressing can be accomplished by pre-tensioned concrete, which is cast around already-tensioned steel rods, or applying compression after pouring concrete and the curing process.

The first method needs to be produced at a factory and elements must be transported to the construction site, with limitations in size and shape. The advantage of the second method and its variations, commonly used to create monolithic slabs for house construction in locations where expansive soils create problems for foundation, is that it absorbs stresses from seasonal soil movements. The stresses are taken into the entire tensioned slab, which supports the building without major flexing. Post-stressing is also used in the construction of bridges.

“With time, the company developed its own technology. After the first 25 to 30 years in the business, we started adding new structural elements for residential and commercial buildings, bridges and water tanks, which demand extensive resistance with heavy loads,” said Gutierrez.

But it was not until the mid 1990s that the company took a big step into the future. According to the commercial director, the “tequilazo” affected VIBOSA as it did many other Mexican companies. Investors as well as clients were caught in the midst of the crisis, which affected the company’s ability to continue with its regular schedule. At that time, VIBOSA’s management team decided to implement new technology that would improve the company’s capabilities in a highly competitive market, offering better service and cost.

The vision led the company into acquiring portable castings that, after transported into the project site, can be assembled quickly and efficiently. Today, VIBOSA designs and manufactures through third parties its own molds according to each project’s specifications.

“We obtained most of our contracts in the last 10 years as a result of this change in our technology, which presents many competitive advantages such as 50 percent reduction in execution time, better and more accurate quality and extended light span of the structural elements, and lower cost than traditional concrete construction due to reduction in time and labor,” Gutierrez explained.

Columns are one of the most important structural elements since they receive the structure’s loads. Columns are produced in metallic molds, and cured with vapor. Once the concrete reaches its optimum resistance point, the elements are transported to the work site for immediate assembly according to the design required by the project.

Other elements such as insulated sandwich wall panels, hollow core floor planks, beams, columns, highway sound walls, median barriers, as well as custom specialty pre-cast products are manufactured to meet the increasing demand from the construction industry. These products are used in many different applications such as industrial, commercial, retail, educational, office, institutional, recreational, and residential.

MARKET TRENDS
According to Gutierrez, the market is still young in Mexico. “We are really nine or 10 companies that produce for the national market, which only represents around 10 percent of the construction industry. This is an advantage, in the sense that there is still a wide-open field for growth. However, it demands a hand-holding process with clients who need to learn about the benefits of pre-cast and pre-stressed concrete construction,” he explained.

“Most projects are financed by private banks so time is a big consideration, specially in residential, commercial and industrial buildings where they can start selling units, launching their businesses or manufacturing products in half of the time of traditional construction,” he explained.

VIBOSA places itself among the top five companies in the country, with a steady 8 percent growth in the last few years.

From its new plant in Ocoyoacac, Mexico D.F. the company produces for regional and national coverage. However, it also transports its mobile plants to other regions such as Monterrey and Cuernavaca where the company has developed works like the Shopping Center of Cuernavaca Galleries and East Valley Galleries in Monterrey. In commercial construction, the company also developed the Interlomas and Lindavista shopping center and the Gap Tower Galleries in Mexico City.

Other important achievements include the Amacuzac and Yautepec bridges of the Mexico-Acapulco road; the Culiacán-Mazatlán coastal road; and the Colima-Manzanillo road bridges. Bridges with span lengths in the range of 6 to 40 meters (20 to 140 feet) are the company’s major focus, although longer spans were achieved with a large amount of innovative prefabrication. According to Gutierrez, among several advantages, prefabricated bridge systems minimize traffic disruption, improve work zone safety, minimize environmental impact, increase quality and lower life-cycle costs.

“We are currently working on the Querétaro-Toluca surrounding road for heavy traffic, a ‘ring’ around Mexico City to avoid the city’s traffic jams. The project includes 15 bridges of which we have already completed four. The final deadline is scheduled for mid 2007,” Gutierrez shared.

Stadiums have become one the company’s specialties with the experience of the works in the “Corregidora” stadium in Querétaro; “Victory” stadium in Aguascalientes; steps of the Neza stadium in Mexico City and the soccer stadium in Oaxaca.

Other finalized projects include the department store Liverpool Ecatepec; the central teamsters of Guadalajara, Salamanca, Puerto Vallarta and San Miguel de Allende; the extension of the international airport of Mexico City and the Puerto Vallarta Airport; the covered channel of the state of Mexico; the Technological of Monterrey Unit Xochimilco; the PEMEX plant in Victoria City, Tamaulipas and Irapuato; and the central market in Mexico City.

“It is also important to remember that VIBOSA was the first company in Mexico to build prefabricated tanks in pre-stressed concrete in 1968 with the construction of the tank Arboledas in the state of Mexico and others such as the water storage tank, Celanese Mexicana, in Veracruz and the elevated tank at the national House of the Treasury,” said Gutierrez.

LEADERSHIP AND PARTICIPATION
In addition to becoming a leader in its own market, the company also participates in industry leadership as a member of ANIPPAC, national association of industrialists of the pre-stressed and prefabrication industry, which promotes and develops the utilization of prefabricated structures in the erection of buildings, infrastructure and general construction. Founded in 1966, ANIPPAC offers information and advice to architects and engineers that are willing to incorporate these modern methods of construction into their projects. ANIPPAC works with the Mexican Chamber of the Construction Industry, The National Chamber of the Transformation Industry, the Mexican Cement Institute and the Concrete Institute in Mexico.

“ANIPPAC gathers the most important businesses in Mexico to publicize the application and advantages of these structural elements. Our participation in the organization supports the defense of commercial ethics, among industrialists, suppliers and consumers in the industry,” Gutierrez affirmed.

VIBOSA has also participated at the World Of Concrete Mexico expo, with thousands of construction professionals from all over the world gathering in Mexico City to do business. The expo highlights the best technologies in machinery, equipment, commercial construction products and services from leading industry suppliers.

Gutierres believes that VIBOSA has done a great job as an industry leader in its own right. “Following the guidance of our president, engineer Pablo Caire Obregón, not only can we offer our clients a wide variety of high quality products but also, among our priorities, we want to be an employment source at a national level with a high sense of moral integrity and ethics,” he concluded.