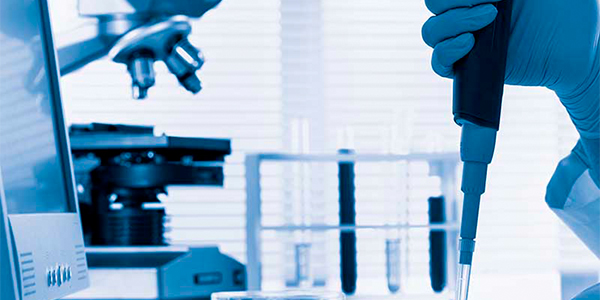 TechSphere is a holding company that encompasses well-known names in the pharmaceutical segment: Aplimed, Asociación Mexicana para la Investigación Clínica (AMIC), Centro AF de Estudios Tecnológicos (CAFET), Laboratorios Aplicaciones Farmacéuticas (AF) and Laboratorios Carnot. In operation since the 1940s, TechSphere(r) has constantly renovated its processes through technological updating, personnel training, data processing, research development and resource optimization, eventually reaching the quality levels required by the Food and Drug Administration for the exporting of generic drugs into the U.S. based on the development of formulas for the manufacture of biological lots in Mexico.

Testing and bioequivalence studies were commissioned to U.S.-based companies that were in good terms with the FDA. However, due to the high cost of these services in the United States, the company saw the benefit of relocating the entire prescription manufacturing process to Mexico. In 1989, the Department of Research and Development at Laboratorios AF created a subdivision named Centro AF de Estudios Tecnológicos (CAFET), which was specifically designed to produce analytical chemistry research with the proper pharmaceutical technology for bioavailability studies.

TechSphere’s unique pharmaceutical creations have driven it to achieve significant levels of success: in 1990, the company introduced Cyclofem(r), a hormonal contraceptive that had been broadly researched by the World Health Organization under the most stringent quality norms, also making it fully available for mass use within the framework of a worldwide campaign for birth control and family planning. Additionally, Laboratorios AF was chosen by the Program for Appropriate Technology for Health (PATH), an international, nonprofit NGO based in Seattle that works to improve the health of people around the world through fostering advanced technologies and healthy behavior. It was chosen from an extensive list of international corporate candidates, to escalate and perfect the industrial production process of Cyclofem(r), receiving in 1991 an exclusivity license for commercialization of the drug in Latin America.

During that same year, CAFET’s research efforts brought about a new technology that dealt with the gradual liberation of progesterone and 17b-estradiol hormones, sparking the interest of the Mexican Health Research Center and the Salvador Zubirán National Nutrition Institute, to carry out pre-clinic and clinical studies. Also in 1991, USAID’s Contraceptive Research and Development Program, (CONRAD) granted Laboratorios AF its first research concession for the viability of intramuscular injections that gradually liberate polycrystalline microspheres.

The Mexican Association for Clinical Research (AMIC), TechSphere’s pharmaclinical subsidiary, came about as the only Mexican organization capable of conducting clinical complex pharmacology tasks and other studies, such as pharmakinetics and pharmadynamics, for some of the largest pharmaceutical corporations in the United States and Europe.
After numerous industrial engineering studies, the company has produced one of the most modern plants in the pharmaceutical industry, which guarantees the quality of its products. The company abides by the Mexican Official Quality Norm (NOM), for the pharmaceutical industry, adding to the company’s commitment to quality products for domestic and international sale.

Making a Difference
Before TechSphere was founded during the post-war era, a handful of French industrials decided to invest in areas that had not been so heavily affected by war. Initial efforts saw a good level of success for a fairly long time. But as well as they did commercially, they did not do too good financially. At one point, the company even had to file for bankruptcy, forcing it to reshape logistically. Company executives decided that in order to prosper, they had to be differentiated from the competition. Drawing from its own strengths, the company became one of the very few places – if not the only one – where state-of-the-art research could be carried out. These efforts paid off: soon the company was rated as the third most important Mexican pharmaceutical manufacturing group.

In 1980, one of the company’s biggest challenges was to produce enough products to satisfy the domestic market. After a while, a new stage of steady business came in, helping the company to grow in the solid-based formula segment, and enabling it to produce top products at generic product costs. “We seek to do better with less,” as Savoir puts it. But this cost-effective way of thinking has not gotten in the way of obtaining FDA approval for marketing of products to the U.S., enabling the company to compete with multinational corporations. “Our goal is to propel our firm into becoming multinational at the beginning of the coming year,” mentions Director General Guy Jean Savoir.

Challenges abound, though. Mexico is going right now through what the U.S. pharmaceutical market went through nine years ago, which is the increasingly broad acceptance of generic products. Brand name generics today boast much lower costs, contributing to a price drop of 5 or 6 percent each year. To overcome this, the company is focusing on differentiation, so as not to compete in low-price, high-volume markets, but instead in “equal, but better” type of prescriptions for niche markets. This reason is twofold: to break away from massive-use generics while constantly improving niche brand generics.

“We cannot pull out a blockbuster drug each year, and every new product is a risky gamble, so we must draw from our strengths in research to optimize our efforts in the creation of high-quality generics currently sought after,” says Savoir.
Test tubes and flasks

TechSphere’s products are manufactured at its 145,000-square-foot facilities in Mexico City. These house a research laboratory, manufacturing and warehouses. The company also runs a clinic for research in Pachuca, Hidalgo. A third facility in Toluca, currently under construction, will be headquarters for research and development of hormonal contraceptives, and is planned to be fully operational by 2008. The company’s installed capacity allows for the manufacture of 250 million tablets of solid base forms, but this figure could be increased three-fold if needed. TechSphere produces 15 million units per year of hormonal injections, with five million yearly units being added to the production base. Liquid medications are also being produced on the order of 10 million units per year. The company also has a semi-solid division where items such as topical medicated creams are produced at an average of two million units per year.

TechSphere is also making advancements towards the production of natural female hormones at levels the body generally produces on its own. During menopause, women are usually uncomfortable and their quality of life is diminished, so the company took on the task of producing hormonal replacements similar to the ones a woman’s body produces naturally, such as progesterone. But instead of using microdoses, which means less of a more powerful drug, TechSphere’s scientists have evaluated what the body produces on its own, providing patients with the proper dosage of hormones as if they were produced by their own body. To date, TechSphere has in its pipeline half a dozen other products to be used in assisted birth and high-risk pregnancies, contraceptives for women, and hormonal replacement therapies.

TechSphere’s growth has been limited for the past three years, since in 2003 growth was on the order of 2 percent, halting down to zero in 2004. Nonetheless, as a group, it stands out as the 20th largest pharmaceutical manufacturer in the world. The company is convinced that in order to be entirely trustworthy, quality must be assured by all means and at all times, and products must be safe and effective.

Adds Savoir: “We can undoubtedly compete in quality with multinational corporations with the assurance that ours are good product from a good company. That’s what we strive to have our customers perceive and be convinced of.” And TechSphere’s formulations for quality indeed back these efforts to a maximum extent.