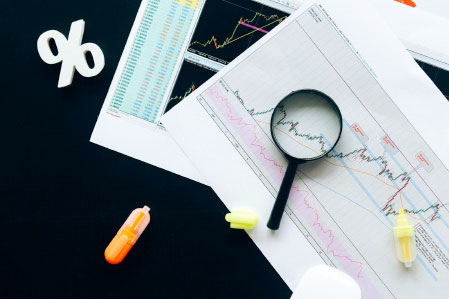 Paul Tudor Jones was the one to predict Black Monday in October 1987. Could he be right about his predictions for 2021, let’s take a look.

“The vaccine is going to bring us back”

Paul Tudor Jones, billionaire investor and founder of Tudor Investment Corporation, stated that he is expecting an “absolute, supersonic boom” in the economy in the second and third quarters of 2021.He is certain that the coronavirus vaccine will unleash the now pent-up demand across the US.

“I have four kids in their 20s. And, it’s like a horse at the beginning of a race – They’re so ready to get to see their friends, to get to restaurants, to vacation. They’re just ready to get out and go crazy, like I think everyone else in the world,” Jones said.

“The vaccine is going to bring us back. We’re going to have an incredible growth rebound.”

COVID-19 related restrictions had a major impact on the export of goods, and many currencies were affected in a big way – only China saw great profits, mainly due to mask production!

Car exports were down by billions in Canada, Spain, Japan, and the US. Delivery truck exports in the US also went down by more than $1 billion in April and May and reached normal levels only in July. US aircraft part exports also declined sharply, by more than $6 billion in May and June.

On the other hand, bicycle exports (mostly from China), followed a different pattern, declining sharply in February and March but rebounding with fury during the summer, up more than 50% year-over-year during June and July.

Garment exports have also declined sharply this year. Both, Chinese apparel exports and footwear exports declined by more than $1 billion during February, April, and May, compared to the same months in 2019. But, this decline has been compensated by the incredible performance of a highly related product (“other made-up textiles” – aka face masks), which can also be produced by apparel and footwear manufacturers.

Jones pointed out that fiscal and monetary policies are pushing stock valuations to levels higher than in the dot-com era. And with the interest rates at historic lows, investors have no choice but to put their cash into stocks to generate returns.

“I think the stock market’s on a combination of fiscal monetary pulse that we’ve never seen before in history, nothing like this,” the investor said.

He is certain that the post-vaccine economy will rally regardless of which party controls the Senate, although he is still closely watching the outcome of the Georgia runoff races, stating that the results are a “50/50 toss-up”.

The recovery announced by Paul Tudor Jones is expected to reflect positively in all areas of industry and economy, from retail, tourism, manufacturing, and importantly, to the currency exchange market. Why is currency exchange important? As we can learn on TopOnlineForexBrokers, the foreign exchange market is one of the largest financial markets in the world, with a trading volume of more than $5.3 trillion per day. When you compare this with the trade volume of the New York Stock Exchange (currently just $22.4 billion per day) you can understand the enormity of the currency trading market.

Paul Tudor Jones is an acclaimed trader and hedge fund investor, who has the reputation for building his fortune by making smart decisions.

His uncle Billy Dunavant was a cotton merchant, and after Jones graduated from university, Dunavant sent him to Eli Tullis, a cotton trader based in New Orleans. Tullis at first offered Jones a job as a floor clerk at the New York exchange. After six months of that job, which included analytical work, he returned to New Orleans to support Tullis with his trading. This is where young Paul Tudor Jones learned his trade and understood how to make decisions and execute trades as a floor trader.

In 1980 he decided to begin trading on his own. He became an independent floor trader at the New York Cotton Exchange. From 1980 until 1984, he only experienced one single losing month!

He continued trading until 1984 when he launched the Tudor Futures Fund with $1.5 million in assets under management.

His close collaborator Tony Robbins claims he has made money every year since they began working together, two decades ago.

Jones finally entered trading history when in 1987, together with his strategist Peter Borish, he predicted the Black Monday crash – and tripled his money by holding large short positions!

Today, he is one of the most famous and recognizable traders in the world and one of the most important people in the Forex industry. His fund, Tudor Investment Corporation, has around $10 billion in assets under management, and Jones himself has an estimated net worth of nearly $5 billion.