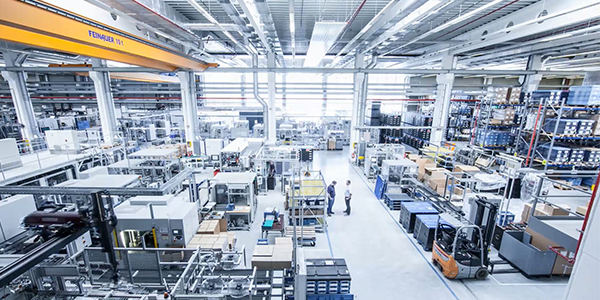 A gasket might seem to be the least expensive, least critical component of an engine. But while it might only be a $5 item, the fact is that the gasket plays a very important role in achieving high engine efficiency. What seems to be a simple part is actually a highly engineered product designed to specific tolerances and applications. In the U.S., the source of that engineering expertise is a German corporate subsidiary, Elring Klinger Sealing Systems USA Inc., headquartered in Livonia (near Detroit), Mich. with 435 employees in North America.

The company was first established in 1994 to address the NAFTA market, but its lineage extends to 1879 at the dawn of the internal combustion engine when Paul Lechler established a gasket company in Stuttgart, selling the first gaskets to the developing automotive industry at the turn of the century. By 1930, both Lechler and a company started by Richard Klinger began to make cylinder head gaskets. Both companies expanded globally and near the turn of another century, the two companies merged to form Elring Klinger. Today that international conglomerate extends the well-earned reputation of German engineering precision around the world with leading products that, while perhaps not something average consumers would think much about, are integral to their vehicles’ performance and durability.

In North America, Elring Klinger runs three manufacturing operations: a 40,000-square-foot facility in Livonia; a 30,000-square-foot plant in Toluca. Mexico and another 125,000 square feet of capacity in Leamington, Ontario, Canada. Says Moritz von Moeller, General Manager for North America, this year the plan is to expand the Mexican facility by another 40,000 square feet.

While von Moeller notes that the Mexican expansion is in part intended to take advantage of low labor rates in that country, a continuing trend throughout industry to address supplier cost pressures, he adds that it’s equally vital to keep manufacturing close to the customer. “It goes without question that price is a concern. But lower price can’t come at the expense of quality, he explains. “Our manufacturing systems aren’t any different in Mexico or elsewhere in North America, they follow the systems that Elring Klinger uses globally, all of which are TS 16949/ISO 14001 certified. Indeed, one advantage of our company is that as part of an international manufacturing operation, we can benefit from whatever new processes or efficiencies that have been implemented in one part of the world and incorporate them here. And, of course, the reverse is also true that what manufacturing techniques we perfect here are then shared with our fellow companies. So our customers get the added advantage of dealing with a corporate culture dedicated to engineering excellence around the world.”

Major U.S. customers include General Motors and Ford, although Hinrich Hornbostel, Director of New Business Development, notes that DaimlerChrysler and the so-called transplants (Japanese auto makers with U.S. manufacturing facilities) as well as heavy truck, marine and industrial companies are also part of its customer base. “Every customer has slightly different needs, even within a market segment such as automotive, and we have the sales and engineering staffs to respond to them. This is not just a commodity item. We are a full-service supplier and that includes product development, design, and testing performed to exact customer specifications and requirements.” He adds that extensive R&D efforts also underpin Elring Klinger’s ability to provide tailored solutions to just about any engineering challenge.

Cutting-Edge Problem Solving
“We are problem-solvers,” von Moeller says, “working on such cutting-edge technologies as fuel cells, which is the wave of the future for engines. But it’s also a future that poses some tough technical issues, including issues related to effective sealing systems. When the fuel cell eventually is ready for mass production, we will have developed the solutions and parts that will have helped make it ready.”

Another rising trend is in the use of thermoplastics. “The trend in automotive is towards lighter materials,” von Moeller explains, “both to improve fuel efficiency and to eliminate waste. The thermoplastic modules we make, such as cam covers, eliminate finishing tasks such as burr removal, thread cutting or surface finishing from the production process and allow integrating more functions into a single piece. The result is a light weight recyclable module that is less expensive to manufacture.”

Improved engine innovation has necessitated the added need for another technology: heat shielding. “Aerodynamic car designs and an increasing number of engine components create less room in the engine compartment which results in some means to shield sensitive electronic and plastic components from the heat created by the engine itself. At the same time as the shield has to fit just right, it also needs to be light so that it doesn’t add unnecessary weight to the overall weight of a car,” von Moeller points out.

Equally important to shielding heat is shielding noise, essential to a comfortable ride and overall end-user satisfaction. Both noise and heat shielding extends beyond the engine compartment to include the exhaust system as well as vehicle floors and steering systems.

“Again, this is custom-fitted to the specific application and OEM requirements,” Hornbostel points out. “Our Elrotherm(r) construction provides tailor made shielding throughout the entire vehicle with six types of construction, depending upon the exact conditions of where it’s located and whether its purpose is primarily to protect from heat or to reduce noise. The OEM can also consider such additional factors as desired weight and/or durability that we can adapt to any design.”

Technology Leadership
He characterizes the company’s R&D philosophy as, “Get up earlier than the others. Keep challenging tried-and-tested solutions. Don’t be satisfied with conventional standards.” Towards that end, a variety of software tools – including 3D-Computer Assisted Design (CAD) systems, Finite Element Method (FEM) used to calculate and graphically depict the product performance, and various other laboratory simulations – considerably shorten development time and the number of time-demanding and costly engine tests. However, these do not replace engine testing altogether, as there’s much that can still be learned about the results achieved under actual running conditions. “The possibility to run full engine test in-house allows ElringKlinger to verify the efficiency of our analytical tools under simulated operating conditions and provides our customers with full service from an idea to the validation in engine tests,” says Hornbostel.

The ability to define and creatively address an engineering challenge is what distinguished Elring Klinger in the marketplace, von Moeller contends. “We’re one of only three truly global companies in this particular business. Moreover, we are the only independent company in this market that is small enough to be lean and flexible to meet customer needs, with a record of over a hundred years of engineering innovation. Our R&D efforts are widely recognized in the industry as best in class.”

Consequently, von Moeller expects to double sales during the next five years. That should prove an exciting road to travel down throughout North America.