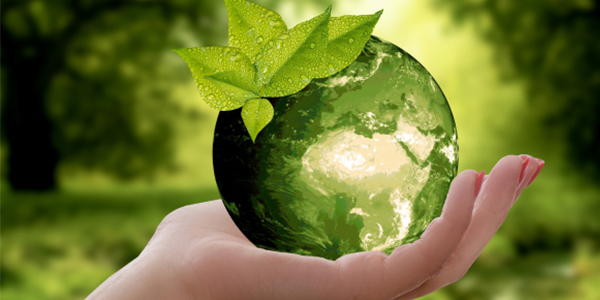 As serious events unfold across the face of the earth, including the impacts of climate change, energy security, population shifts, and threats to health and biodiversity, business is increasingly called upon to contribute solutions.

“Doing well by doing good” has become the new business imperative. The more it catches on, the more it encourages companies to respond creatively to global challenges such as climate change, resource efficiency, poverty and changing demographics.

When the World Business Council for Sustainable Development (WBCSD) was formed in 1995 by a small group of insightful CEOs, sustainable development was a very progressive notion indeed. Today, it is taught in business schools and advocated by management gurus as a guiding principle for successful leadership in a complex and challenging world.

Answering the call
The story of the WBCSD began on a warm spring night in 1990, onboard a three-masted barque – the Statsraad Lehmkuhl – in the city of Bergen, Norway, where 140 business leaders and diplomats had gathered. Their discussion would center on how business might join the global conversation about spearheading economic progress while safeguarding the environment.

They were responding to the alarm sounded in the Brundtland Report, Our Common Future, about the need for a new kind of economic development that could be sustained without depleting natural resources or harming the environment. At the time, this debate was largely conducted on a government level, while business had neither a voice on the subject nor a seat at the table.

On the ship, Maurice Strong, head of the 1992 Rio Earth Summit, met Stephan Schmidheiny, a young Swiss industrialist awith a strong environmental commitment. Strong persuaded Schmidheiny to be his principal adviser on business as the former organized the Rio Summit.

“I had seen how the debate on the environment was evolving in Switzerland, and realized that our (business’) inability to engage constructively was becoming a fundamental challenge to civilization,” said Schmidheiny. “It was going to be fateful for the planet, for mankind – and for business – if we couldn’t get beyond entrenched positions.”

The birth of the business case
Advocating that there is a business case for sustainable development based on drivers such as resource efficiency, operational efficiency, innovation, the creation of new markets and business models, Schmidheiny managed to line up the CEOs of some of the world’s most powerful companies behind the cause. These included Dow, DuPont, Shell, BP, ABB and Norsk Hydro. The aim was to steer business away from being perceived as part of the problem, to becoming a part of the solution.

This group, the Business Council for Sustainable Development, contributed business positions to the summit in 1992. After the summit, the business leaders decided to continue their work, and in 1995 merged with the World Industry Council on the Environment to form the WBCSD.

The Council coined the term eco-efficiency to describe the process of creating more value with fewer resources and less waste. Since then the WBCSD has helped entire sectors transform their thinking and operational practices to become more sustainable. These include the cement, mining and minerals, forestry and mobility industries.

Andrew W. Savitz, former sustainability director for PriceWaterhouseCoopers (PWC), has described the common ground between business interests (the shareholders) and the interests of the general public (the stakeholders) as the sustainability sweet spot.

He says: “Every action you take in business has two components: an impact on profits and an impact on the world. The companies who want to remain successful into the future should be staking out a path to the space where profitability and social benefits blend.”

Finding common solutions
The WBCSD works through three main focus areas that have been identified by its members as most important to business: energy and climate, development and the business role. The organization also drives projects on water, biodiversity, mobility and so forth.

One of the new WBCSD Council Projects, on Energy Efficient Buildings, could change the face of tomorrow’s cities and the way we live and work. Seeking to determine how buildings can be designed and constructed to use zero net energy, be carbon neutral, and be built and operated at fair market values, this project is doing what many other WBCSD projects have done before: pulling together industry rivals to work together with experts and stakeholders to search for common solutions.

The WBCSD’s energy efficient buildings project is the first of its kind to take a concerted look at the challenges and opportunities of energy efficient buildings, while drawing together players of such considerable size and reach. The project is co-chaired by United Technologies (UTC), the world’s largest supplier of capital goods to the commercial building industry, including elevators, cooling/heating and onsite power systems, and Lafarge, a world leader in construction materials, including cement and roofing.

“The issue is not what is possible, but how to make it affordable”, said Christian Kornevall the WBCSD project director at the project’s launch in Beijing, China in March 2006. “There is a lot of activity going on in this area of energy efficient building, yet much of it is not coordinated. Although the long-term horizon for the project is 2050, we will be exploring a fast lane to unearth any solutions that could be made commercially viable already by 2010, and call for action.”

The issue of trust
Today trust in business is low, and the roles and responsibilities of different societal actors – including governments, intergovernmental and non-governmental organizations and consumers – are becoming progressively more blurred.

The WBCSD’s Tomorrow’s Leaders Group sparked debate on business in tomorrow’s society in a paper, “From Challenge to Opportunity,” published in February 2006. It argues that business prospers by helping society to prosper. It also says: “We see shareholder value as a measure of how successfully we deliver value to society, rather than as an end in itself.”

The fundamental message of the paper is that successful 21st century companies will be those who find business opportunities in tackling the world’s big issues. It is important to note that emphasis must be placed on real business opportunities, rather than on philanthropy, if widespread and long-term success is to be achieved. Even hard-line NGOs are beginning to agree that market forces can be the most effective tool to create robust progress.

Cooperation the key
Business is committed to addressing sustainable development, and as this approach spreads into mainstream core business strategies, it will be easier to provide the scaleable solutions the world needs to achieve a sustainable future. Essential to stimulating business progress in this work are stable, long-term frameworks that reach across borders. Thisis key to reconciling business risk with sustainable development, and attracting the necessary investments to make it possible.

However, although business has a definite part to play, the global challenges are too big for a single player to handle on its own. To change course to a more sustainable path, the efforts of all parts of society will be required, including governments, academia, business and consumers.

Björn Stigson is President of The World Business Council for Sustainable Development (WBCSD), which brings together some 180 international companies in a shared commitment to sustainable development through economic growth, ecological balance and social progress. Visit: www.wbcsd.org.