The Tesla Model 3 has had a lot of attention and press with its production release. There is good reason, the Model 3 is the first car from Tesla for the mass market and is also the pivotal point for the organization. Why, not because of Tesla’s novelty of being an electric car manufacture but because the Model 3 needs to gain significant consumer market share for the organization to become a great auto maker.

You see electric cars have been around longer than the invention of the gas combustible engine. So, the idea of electric transport is nothing new. Electric vehicles never got traction in the market because of obvious issues, range and accessible chargeability. Issues that Tesla thinks it has addressed and overcome with innovative battery storage, energy management techniques and accessible charging stations. These additional features have made significant inroads in overcoming obstacles of other electric car manufactures but have not been enough to produce Tesla’s viable and sustainable core business model.

The main issue is for Tesla to produce a viable and sustainable core business model will be a head to head comparison to the Toyota Camry. It is not a question that Tesla has developed a great car, it has. The issue is will the market see the value enough to choose the Model 3 over the Toyota Camry with price, viability, effectiveness and overall cost of operation. That will determine if the Model 3 and Tesla have achieved their great automobile manufacturing status.

There is evidence that the Model 3 has the value and the functionality to beat the Camry. As referenced in the cost of ownership article by Loubventures, “Model 3 Could Change The World: A Cost Of Ownership” Study July 5, 2017 By Gene Munster. Tesla has very high marks from customer satisfaction and owning a Model 3 is only 13% more expensive than owning a Toyota Camry over a 5 year period and a potential total market of 11 million vehicles. The cost benefit analysis grows even more when you consider that many of the components with regular gas engines will not need to be repaired. With this consideration, the overall cost of ownership compared to the Camry will go down even further. This reduced total cost of ownership plus the multiple features is a major factor that may sway potential customers from the Camry to a Model 3. Plus, with a potential market of 11 million vehicles, Tesla could stand to make revenues in the hundreds of billions of dollars that would be a significant to a viable and sustainable core business model.

Has Tesla done enough to overcome the inhibitions of a customer to change their normal to venture into an electric car? The Model 3 is a great car and it can make a dent in the market the Toyota Camry. But Tesla needs not only to take on the features of the Camry but also needs to get internal operational costs down for the Model 3 to be competitive with the Camry. This means generating actual profits without raising capital for ongoing operations.

Getting the Model 3 production functional and efficient is the major target hitting the center of the of the cost for the Camry market. The major issue is internal operational costs. Tesla will not be able to generate a sustainable core business model until it can be significantly competitive with the Toyota Camry. This means maintain viability with profits from ongoing operations.   Every startup has the same issue, converting their vision from product to a viable core business model. Tesla cannot escape this principle of reality either.

The real test is the Model 3 and is it good enough for Camry buyers to switch to the Model 3 plus leveraging their operational strategies to reduce internal costs. Both must be done for Tesla to produce a viable and sustainable core business model. The Camry market is the real test and it is where we can see if Tesla has improved enough to be competitive. Based on the value of the Model 3 and the improved operational changes, Tesla has created a real opportunity to become a great consumer auto manufacturer with a viable core business model. 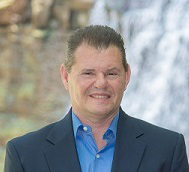 David A. Duryea has more than 30 years’ experience in business innovation industry and specializes in Strategy and Business Model Innovation. David is an author, speaker, forensic expert, implementer and innovator in operational performance and business innovation.

Core Business Model concepts from the second edition of the book “Do The Right Thing In Business Improvement Including Process and Technology” by David A. Duryea.