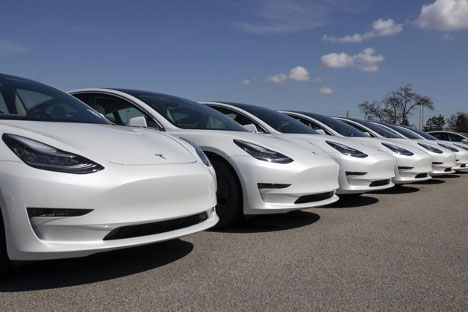 Six broad categories of factors will determine if Gov. Newsom’s new executive order will be fantasy or reality.

In late September, California’s Governor Gavin Newsom announced a new zero-emission vehicle (ZEV) executive order to begin to phase out all gas-powered cars  by requiring that all new vehicles sold in California be electric or hydrogen fuel cell cars and trucks by 2035. Commentators and critics were quick to either praise or criticize the governor’s move, but to fully appreciate the nuances and complexities of this issue it is helpful to view it in context. In an effort to provide some of that context in an accessible way, I will be using what I call the 6Ps of the ZEV mandate (very loosely based on the famous 5Ps of marketing).

Problems: The Source of it All

Let’s start with why Gov. Newsom would choose to announce this executive order at this particular point in time. First is the broad, long-standing issue of air quality that California has been dealing with for nearly a century.

Next are the wildfires that have devastated the state. Aside from the economic damage and immediate dangers to people’s lives and respiratory health, there were the long-term implications of climate change which, regardless of one’s personal views on the issue, were nevertheless likely to have been a deciding factor for Gov. Newsom to take some sort of visible action.

We can categorize issues like these under the rubric of Problems.

When products contribute to Problems that threaten public health and safety, there is a long history in the auto industry of Policies being implemented to address them—unleaded gasoline mandates, seat belt and airbag regulations, and drunk driving laws all being well-remembered examples. While Gov. Newsom’s announcement may have come across to many as being bold and disruptive, it is just the latest in a long history of policies in California involving vehicle emissions.

Since 1967 the California Air Resources Board (CARB) has been the state entity charged with overseeing air quality standards. In 1970, under the Clean Air Act, California became the only state to be granted the option to seek a waiver allowing CARB to set stricter vehicle emissions standards due to the state’s pollution problem, with the most recent waiver being granted by the EPA in 2009. In 1990, CARB enacted the first ZEV mandate which was designed to gradually phase out vehicles using internal combustion engines (ICEs) and replace them with zero-emission vehicles. The mandate has been frequently revised over the years, but the goal before Newsom’s executive order was to have 1.5 million ZEVs on California’s roads by 2025. You could therefore characterize Newsom’s order as simply a more aggressive update to the current ZEV mandate.

Politics: Where the Plot Thickens

The timing and target of the 2035 ZEVs mandate is also influenced by the Politics of the day, which often drives Policies as much as the Problems they aim to solve do.  In 2019 the federal government attempted to do what no prior administration has ever done by revoking the waiver that gave California the authority to set its own vehicle emissions standards, preferring that every state adopt one, less stringent set of federal standards. California responded by filing a multi-state lawsuit, vowing to take it to the Supreme Court if necessary.

Modern Californian history is full of instances of CARB setting regulations that would then meet with various forms of resistance from the auto industry, the oil industry, the federal government, and arguably even from CARB itself (watch the 2006 documentary Who Killed the Electric Car? for an insightful look at how such resistance from varying entities may have doomed the fate of the first mass-produced electric car from a major automaker, GM’s EV1.)

The categories of Politics and Policy are influenced by People in numerous ways both top-down (via elected officials) and bottom-up (via consumer demand). Whereas an anti-EV administration would mean a protracted legal battle with California, a pro-EV administration would most likely honor the state’s autonomy to regulate its own vehicle emissions standards. That would be the top-down influence.

Looking bottom-up, consumers are increasingly creating demand for EVs, if the 367,500 Tesla cars sold in 2019 and the nearly 500,000 sold in 2020 are any indication. The global market for EVs has also been steadily growing since 2011, and despite a temporary slowdown indications point to a quick rebound. And despite whatever resisting forces may be at work, unlike what happened with the EV1, this time consumers are ready.

In fact, this may be the first moment in history where industry, government, and consumers have intersected and are heading toward the same general goal. The EV is no longer just a cool idea or an entrepreneurial vision but a physical reality that many of us see on the roads daily. People want the EV, not because of Problems, Policy, or Politics; they want it because it’s cool, sexy and might make their planet a healthier place!

If the market for EVs continues to grow, and if the People continue to show support via top-down politics and bottom-up consumer demand, the auto manufacturing industry will soon be faced with the challenge of ramping up the industrial infrastructure necessary to actually produce, charge, and service the number of electric vehicles necessary to achieve California’s target goal (or something close to it). It will be an interesting challenge to witness because despite both Policy and People demanding this transition, and even with the support of Politics, the industry’s Production ability is far from a given.

Likewise, the buildout and regulation of the EV-charging infrastructure needed to sustain such a large fleet of electric vehicles could be an even more difficult challenge than the production of the cars themselves. Preliminary research by the Department of Energy, however, estimates that the total increase in ZEV charging demand can be met with managed charging policies and technology.

Pitfalls: What to Look Out For

Finally, there are any number of things that could potentially go wrong during the envisioned 15-year transition. What if battery technology fails to meet cost and performance targets? Or what if hydrogen fuel cells or other emerging technologies put doubt into the conclusion that EVs are the best or only solution to the problem of vehicle-created air pollution and greenhouse emissions? If the history of past CARB policies can serve as a guide, then the biggest Pitfall may come from the auto industry asking for “guaranteed demand” before committing the capital investment necessary for the transition to zero-emissions. But as previously mentioned, consumer demand generated by the People this time around might be a gamechanger.

Hopefully, these 6 Ps help elucidate the complexity of the issue of vehicle emissions and air quality in California that led to this executive order. While Gov. Newsom’s mandate has been called everything from “unrealistic” and “worthless” to being a “bold action” that will make the Golden State’s air breathable again, the reality is that it could potentially be any of those things. What will determine the outcome are the intertwining dynamics of the 6 Ps and how they play out over the coming years. But in the history of CARB, California and autos, the People factor may just be the impetus to make this new ZEV mandate one we look back upon as the right goal at the right time for consumers, government, and industry.