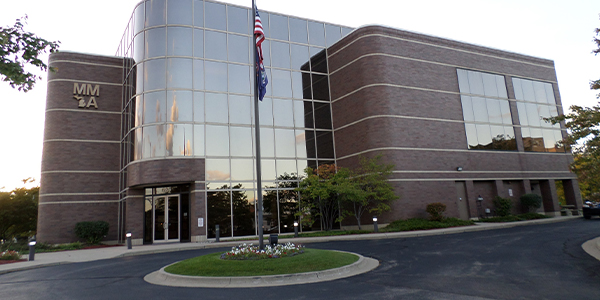 A little bit of Michigan beats in the hearts of millions of computers around the world – silicone and polycrystalline silicone that is a building block for chips, made by Hemlock Semiconductor in Hemlock, Mich.

Michigan know-how is found in thousands of hips and knees across the globe – artificial hip joints and knees crafted by Stryker Corp. of Kalamazoo, Mich.

And sunlight is being turned into green electricity thanks to solar film-covered panels coming off the United Solar Ovonics assembly line in Greenville, Mich.

As president and CEO of the Michigan Manufacturers Association, I visit plants, headquarters and research centers all over Michigan. There is no doubt that manufacturing in Michigan is more varied than ever and just as vital a piece of our state’s economy as in the past. In my visits, I often find manufacturers who are having trouble filling all the positions they have open, a reflection of the increasingly sophisticated manufacturing we are seeing in the state.

All around the nation, but particularly in Michigan, manufacturing is becoming increasingly complex, requiring more highly trained workers. Fortunately, Michigan has a strong pool of skilled manufacturing workers and companies moving and growing here can find the expertise needed in the automotive, furniture, biotech and many other manufacturing areas.

The center of automotive
Michigan remains a manufacturing powerhouse, a state with an industry expertise and mass many nations envy. Manufacturing provides nearly one-fifth of Michigan’s gross state product – nearly double the second largest sector – and 92 percent of the state’s exports, worth $50 billion a year. The state ranks fifth in the nation in number of manufacturing employees, fourth in value added per employee and fourth in total payroll by manufacturers, according to a 2003 U.S. Census survey of manufacturers.

Of course, the Big Three American automakers are a driving force in Michigan, both in terms of direct factory production but also as a major hub of the knowledge industry in Michigan. The critical mass of auto brainpower in the world is still centered in southeast Michigan, where the design, engineering, testing and marketing operations of General Motors Corp., Ford Motor Co. and DaimlerChrysler Corp. are joined by numerous competitors including Toyota, Honda and Nissan, and hundreds of suppliers.

Overall, transportation equipment manufacturers contribute $10.1 billion in wages in Michigan, compared to $6.0 billion in second place Ohio, according to U.S. Census figures. If you are in the car business, you’ve got to be in Michigan.

But it is the high technology with skilled workers, combined with the engineering-marketing-management operations of industrialized companies that are the future of manufacturing in Michigan. Advanced manufacturing operations such as auto assembly, furniture manufacturing and medical products manufacturing are an important part of the state’s economy. And, more and more, it is the brainpower behind factories around the globe that is Michigan’s bread and butter.

The new agenda
It was the brains behind Michigan’s factories that got together in 1902 to form the Michigan Manufacturers Association (www.mma-net.org). The industrialization of Michigan was in full force as the entrepreneurs of the growing auto, furniture, chemical and cereal industries founded companies with names like Ford and Oldsmobile, Haworth, Dow and Kellogg’s. Some of these leaders found themselves testifying before the state Legislature on bills affecting their businesses and decided that an association made sense.

One of the first legislative undertakings of the new association was the development of a system that ensures workers injured on the job could receive payment and treatment for their injuries without involving the expensive court system. By 1912, with the Michigan Manufacturers Association’s (MMA’s) leadership, one of the nation’s first statewide mandated workers’ compensation systems was in place. The MMA has maintained its leadership in advocating on behalf of manufacturers in Michigan ever since.

In recent years, this has taken the form of the MMA Michigan Manufacturing Agenda, a publication that concisely describes the legislative agenda MMA members are supporting to move manufacturing forward in the state.

That agenda recognizes the importance of low, but fair business taxes, limiting regulation and streamlining it when possible and encouraging the state to bring more personal responsibility to bear when setting up health care cost management systems.

Michigan’s manufacturers are realistic. The loss of more than 200,000 manufacturing jobs in the state in the last six years has been painful. We’ve lost about 20 percent of our manufacturing workforce. That’s about the same as the national average, so we haven’t fared worse than the rest of the nation. But the reality of low-cost overseas production combined with extraordinary gains in productivity have meant an end to the day when a Michigan child could graduate from high school and start in a $30,000 a year, full-benefit factory post with lifetime employment.

State and university officials and the MMA are all reacting to this changing set of realities. On the state government side, there is growing acceptance of the idea that Michigan simply must stop its local government reliance on the personal property tax. Michigan’s major competitors have dropped this tax. Gov. Jennifer Granholm has consistently proposed providing substantial credits for personal property tax paid to local governments on the state’s major business tax to lessen the bite on manufacturers. With the state undertaking a major overhaul of taxation this year, manufacturers are watching closely and lobbying hard to keep this as a priority.

The state, with the help of the MMA and General Motors, has just completed a major revision of its air pollution permit policies. “With the assistance of General Motor’s efficiency facilitators, we applied GM’s ‘value stream mapping’ system to look for wasted time and effort in the department’s permit decision-making process,” said Mike Johnston, MMA’s environmental expert.

The result: A reduction in the permit processing time from 392 days to 180 days. That’s still not fast enough but an example of how manufacturers are working with receptive state officials to improve the state’s regulatory climate.

Manufacturing: Here to stay
As Michigan manufacturing begins to emerge from its transition, some new realities are becoming clearer. First and most important: Manufacturing is here to stay in Michigan and will provide good paying jobs for years to come – to those who have the skills needed, and that increasingly means at least a two-year college degree.

Second, manufacturers connected with the auto industry (Southeast Michigan) and office furniture industry (Grand Rapids) still want to cluster in Michigan cities for research, engineering, marketing and headquarters operations, taking advantage of the strong pool of talent in these regions.

And fourth: If you come to Michigan, you’ll find a lot of people willing to help you succeed. Include the Michigan Manufac-turers Association among those!

John MacIlroy is president and CEO of the Michigan Manufacturers Association, an advocacy organization representing nearly 3,000 manufacturers throughout the state of Michigan. For information contact MMA at 517-372-5900 or visit www.mma-net.org.