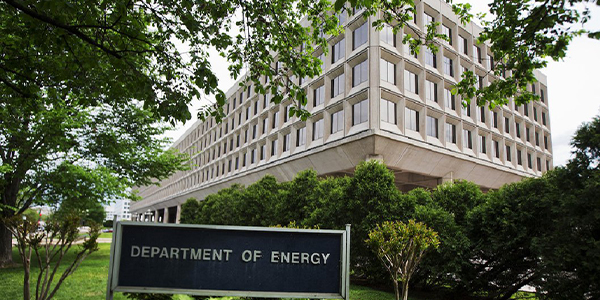 The earth’s total water supply is estimated to be 330 million cubic miles, and each cubic mile contains more than one trillion gallons. The problem is that 96 percent, or 317 million cubic miles, is found in the oceans and is saline (35,000 ppm of dissolved salts). Another 7 million cubic miles is tied up in icecaps and glaciers, and 3.1 million in the earth’s atmosphere. Ground water, fresh water lakes, and rivers account for just over 2 million cubic miles of fresh water. The net result is that 99.7 percent of all the water on earth is not available for human and animal consumption. Of the remaining 0.3 percent, much is inaccessible due to unreachable locations and depths, and the vast majority of water for human and animal consumption, much less than 1 percent of the total supply, is stored in ground water.

Population growth and economic development are driving a steadily increasing demand for new water supplies, and global demand for water has more than tripled over the past half century. Globally, the largest user of fresh water is agriculture, accounting for roughly three quarters of total use. In Africa this fraction approaches 90 percent. In the U.S. agriculture accounts for 39 percent of fresh water use, the same fraction used for cooling thermal power plants.

Future prospects are not encouraging. Global water withdrawal in 2000 is estimated to be 1,000 cubic miles (4,000 km3), about 30 percent of the world’s total accessible fresh water supply. By 2025 that fraction may reach 70 percent. Over pumping of ground water by the world’s farmers already exceeds natural replenishment by more than 160 km3, 4 percent of total withdrawals.

How serious is the situation today? The World Health Organization estimates that, globally, 1.1 billion people lack access to clean water supplies, and that 2.4 billion lack access to basic sanitation.

1,000 m3 is the per capita annual amount of water deemed necessary to satisfy basic human needs. In 1995 166 million people in 18 countries lived below that level. By 2050 potable water availability is projected to fall below that level for 1.7 billion people in 39 countries. Water shortages now plague almost every country in North Africa and the Middle East.

Desalination the key
There is broad agreement that extensive use of desalination will be required to meet the needs of a growing world population. Energy costs are the principal barrier to its greater use. Worldwide, more than 15,000 units are producing over 32 million cubic meters of fresh water per day. A full 52 percent of this capacity is in the Middle East, largely in Saudi Arabia where 30 desalination plants meet 70 percent of the Kingdom’s present drinking water needs and several new plants are under construction. North America has 16 percent, Asia 12 percent, Europe 13 percent, Africa 4 percent, Central America 3 percent, and Australia 0.3 percent. The two most widely used desalination technologies are reverse osmosis (RO, 44 percent) and multi-stage flash distillation (MSF, 40 percent).

Sustainable withdrawal of fresh water is currently an issue in the U.S. The fast growing demand for clean water, coupled with the need to protect and enhance the environment, has already created shortages in some parts of the U.S. and will make other areas of the U.S. vulnerable to water shortages in the future. For example, California’s allocation of Colorado River water has been reduced because competing urban, agricultural and environmental interests could not agree on a conservation plan. The Ogallala fossil water aquifer in the Central Plains is being depleted by agricultural and urban extraction, with no effective recharge. An increasing number of water disputes are taking place as well in the eastern U.S., between Virginia and Maryland, Virginia and North Carolina, and among Georgia, Florida and Alabama. Large-scale sea or brackish water desalination is being implemented in Tampa, Florida, and is being planned for sites in California, Texas, Utah and Hawaii.

Competition for fresh water is already limiting energy production. For example, Georgia Power lost a bid to draw water from the Chattahooche River, the Environmental Protection Agency ordered a Massachusetts power plant to reduce its water withdrawals, Idaho has denied water rights requests for several power plants, Duke Power warned Charlotte, N.C. to reduce its water use, and a Pennsylvania nuclear power plant is planning to use wastewater from coal mines. Other utilities are warning of a power crunch if water availability is reduced.

Researching the connection
In response, the Electric Power Research Institute (EPRI), the research and development arm of the private electric utility sector, has initiated a major new research program that will address the connection between fresh water availability and economic sustainability. As a first step, EPRI, which has projected that the world will need 7,000 GW of additional electrical generation capacity by 2050 (today’s total is just over 3,000 GW), undertook a screening study aimed at characterizing the probable magnitude of the quantity of water demanded and supplied, as well as the quality of such water, in the U.S. for the next half century (2000-2050). This screening study, published in 2002, concluded that “…the water budget of the United States in the next 50 years is more uncertain than the currently available predictions suggest,” that “…the cost of insufficient water availability over the next 50 years can be huge,” and that “…water availability can severely constrain electricity growth.”

If our nation is to achieve water and energy security, the linkage between the two must be recognized and acted upon. This will require an enhanced partnership between the federal government, which has primary responsibility for energy security, and the states, where water issues have historically been addressed. The federal government and the states both have much to contribute to such a partnership, which is urgently needed.

Dr. Allan R. Hoffman is senior analyst with the U.S. Department of Energy (DOE). Visit: www.doe.gov. To view this article in its entirety visit: www.waterindustry.org.