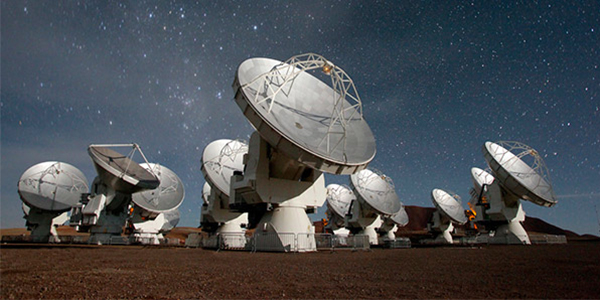 VertexRSI isn’t a company that cranks out products. After all, it takes a long time to build an antenna to control the satellites that provide communications around the globe.

From the high plateaus of Chile to the front seat of your car, VertexRSI has produced a range of antennas that can speed the flow of communication and facilitate the most complex scientific research. An 85,000-square-foot plant in Santa Clara, Calif., has produced, among other things, two of the largest turnkey telemetry tracking, control and monitoring earth stations for the INTELSAT network, a 34-meter multiband radio telescope for the Radio Research Laboratories in Japan and the pedestal and positioning control systems for the Keck optical telescope in Hawaii, the world’s largest optical telescope.

Doing all this work not only takes time; it takes a finely tuned operation dedicated to global communication and to advancing scientific discovery. Rob Wellins, director of marketing, explains it simply: “What we do is help bring communications to people.”

The company was founded more than 25 years ago as an antenna systems engineering company specializing in the design and provision of full-motion/full-performance antennas for the satellite communications, military and scientific markets. Originally known as TIW Systems, the company was acquired by Vertex Communications Corporation in 1997. TriPoint Global Communications subsequently bought Vertex Communications this year and folded it into its RSI Group, forming a new group called VertexRSI. The Santa Clara facility is one of 15 VertexRSI locations and part of the group’s Systems Division.

“We specialize in TT&C (telemetry, tracking and control) antennas, which a satellite needs to command it, monitor it and track it,” Wellins states. VertexRSI also designs and manufactures scientific instruments, such as radio telescopes, used for deep space exploration, and instrumentation radar systems used by the U.S. Navy.

Satellite systems came into vogue about 35 years ago; the systems were behemoths by today’s standards. “When they started in 1965 they were using huge antennas, 32 meters – which is about 105 feet in diameter – and operating at C-band frequencies, 4 to 6 gigahertz,” explains Wellins. As transmission power and frequency range increased, antenna size decreased. When the 12- to 14-gigahertz Ku frequency band came into existence, antennas on the ground shrunk to 14 meters in diameter and smaller.

The facility now is concentrating its efforts within the newest Ka-band; with frequencies between 20 and 30 gigahertz, the size of the antennas has shrunk further to 6 to 8 meters. “Someone who’s thinking of using a 13-meter antenna at Ka-band – today, that’s considered huge,” Wellins says.

He adds, “Everyone is moving toward broadband communication programs.” Three of the most predominant programs – Astrolink, Wild Blue and Spaceway – use Ka-band frequencies. “We’re currently building TT&C antennas that are operating at those frequencies. It’s a very high-frequency band width resulting in a broader communication spectrum.”

In terms of TT&C technology, the company recently completed an 8-meter Ka-band antenna to be used in the Korean government’s satellite program. VertexRSI antennas will also be used to track satellites for Sirius Radio and XM Radio, two companies at the frontier of satellite-to-automobile transmission systems.

VertexRSI also is involved in producing large-aperture gateway systems to uplink TV signals for DIRECTV and EchoStar. These two companies specialize in 18-inch satellite dishes installed in homes throughout the country as a way to access a broader spectrum of TV channels. “We build antennas for high-quality digital TV uplinking sites where programs are transmitted to satellites.” Most recently, VertexRSI completed the uplinking antenna systems for DIRECTV – Galaxy Latin America, which is broadcast throughout Latin America.

In the realm of science, VertexRSI has long been an asset in the advancement of scientific research. The company built the majority of the Deep Space Network antennas – responsible for tracking the Mars and Venus probes – for NASA’s Jet Propulsion Laboratory from sites in California’s Mojave Desert, Spain and Australia.

One big project still in the design stage is an array of radio telescopes for the National Radio Astronomy Observatory and the European Space Agency. VertexRSI will submit a competitive design it hopes will secure the contract to build and install 64 radio telescopes to be used in scientific research on Chile’s high plateaus. “These are precision scientific instruments to be operated at extremely high frequencies,” says Wellins.

In other areas, VertexRSI is concentrating on the construction of the Sardinian scientific radio telescope in Italy. The contract involves designing a 64-meter radio telescope – a “huge device,” declares Wellins – to be used in space research.

VertexRSI has developed a special digital CHIRP radar system receiver used by the U.S. Navy, which represents about 10 percent of revenue. Scientific radio telescopes comprise 20 percent of production, while TT&C and other types of antennas comprise the balance. With 30 engineers on staff, VertexRSI’s Santa Clara facility puts its sophisticated technological know-how to work for large aerospace companies such as Hughes and Lockheed Martin, among others.

“What the company does now is geared toward commercial enterprises,” concludes Wellins. “We have independently funded research and development, but our business is driven by our customers’ requirements.”