Once exclusively used in IT, Ethernet switches now find themselves commonly used in harsh environments. Recab explores the role they play. 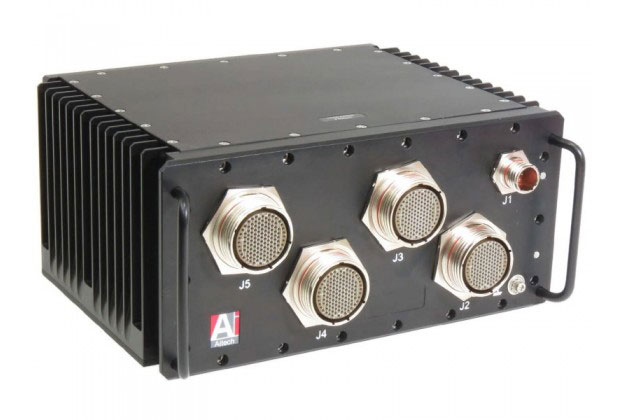 Whether you refer to it as the Industrial Internet of Things (IIoT) or simply as industrial networking, there is no doubt that connected field systems are becoming increasingly valuable across industries. One of the main components underpinning this connectivity is the Ethernet switch. Once exclusively used in IT environments, these switches now find themselves commonly used in harsh rail, marine, industrial and military environments. Here, Martin Frederiksen, managing director of embedded network computing expert Recab UK, explores the role of Ethernet switches in different markets.

According to research firm Gartner, there is expected to be somewhere in the region of 25 billion Internet of Things (IoT) devices globally by 2021. Most of the devices won’t be domestic smart lighting or security systems, however. The majority will be used for field-level performance and diagnostic data processing and sharing across private networks of critical industrial systems or sharing of image data between security and military devices.

In environments such as these, the speed, security and availability of network communication is imperative. As such, managed Ethernet switches are a staple of modern industrial network architectures, able to promptly relay data between connected devices and wider networks in a way that can be physically and virtually secured.

In both cases, high data speed and efficiency is beneficial, and the switch itself must be ruggedised to withstand the operating environment. Although Recab UK has extensive experience in developing bespoke railway grade Ethernet switches, one of our go-to off-the-shelf managed Ethernet switches for rolling stock applications is the NL30 series by duagon-MEN.

The NL30 is a fully managed multiport Ethernet switch with a rugged, IP30 rated aluminium enclosure. It has a 29 Gbps switch matrix that allows high-performance layer two switching across all connected interfaces, and layer three protocols are directly integrated into the switch for easy remote management. The NL30 is ruggedised and designed to be low maintenance, with its aluminium housing providing enhanced ruggedness and high port density.

If a switch using a computer-on-module (COM) form factor is required, Diamond Systems’ recent EPSM-10GX4 switch module based on the COM Express Mini form factor is the best choice. It features 24 1 Gbps copper ports and four 10 Gbps SFI ports. There is also the EPS-24G4X full-feature carrier board, which brings out the 1 Gbps ports to latching connectors and the 10 Gbps ports to SFP+ sockets.

Depending on whether a switch is intended for on-track or a rolling stock vehicle determines the regulatory standard that must be met. For rolling stock switches like the NL30 and EPSM-10GX4, the requirement is EN 50155 railway standard, which indicates that the switch is suitable for the temperature ranges, shock and vibration levels encountered in rolling stock applications.

Military embedded systems are often tasked with data-intense processes, such as capturing and processing data from images and video feeds on a military vehicle. This data is processed in the field but is then required to be transmitted back to a command centre. This must be done quickly, efficiently and securely to ensure that a swift decision and response can be coordinated.

Because security is of the utmost importance, military and defence Ethernet switches should include native features to maximise protection of network data. These include features such as port-level authentication, mirroring to support traffic monitoring and mixed media or fibreoptic ports to protect against electromagnetic (EM) snooping.

The switches themselves are also required to be ruggedised, with a wide operating temperature suitability and high shock resistance. Ruggedisation of switches to meet military standards requires consideration of design aspects such as PCB thickness, latching connectors and enclosures, all while considering the size, weight and power (SWaP).

An ideal switch that meets these strict criteria is Aitech’s A661 rugged small form factor Ethernet switch. The A661 comprises two 24-port Ethernet switch boards in a rugged enclosure, allowing for 48 ports each with 10/100/1000 Mbps data rates. It can perform layer two and three routing and switching functionality, features port monitoring for non-invasive switch traffic monitoring and includes 802.1X authentication for port-level security.

The robust enclosure of the switch provides ingress protection and has an EM interference (EMI) and radio-frequency interference (RFI) protected design, to protect network data from external intrusion. In fact, the A661 has successfully passed space radiation tests and has been installed on the International Space Station. The system’s power and input/output connections are ruggedised MIL-STL-38999 connectors to ensure regulatory compliance and ensure lasting performance.

In addition to the A661, Aitech has also developed the A664 standalone managed Ethernet switch/router, which is SWaP-optimised to make it an ideal option for military networks where size or weight is limited. Much like the A661, this switch is fully ruggedised to withstand the harsh military environments, but while also including four multimode optical fibre ports that support fibre communications for distances up to 550 metres in applications where copper cabling is unsuitable.

Increasingly, offshore and marine applications are embracing connectivity as a way of reducing maintenance costs for remote systems or to use unmanned vehicles with lidar or sonar to produce topographic maps of subsea environments. These are just two examples but, in both cases, data needs to be communicated to a network of devices so that engineers can make use of it.

Ethernet switches in marine environments must be adequately ingress protected to IP67 or higher, as well as be able to operate effectively under the low temperatures for prolonged periods of time. In terms of network functionality, the Ethernet switch should ideally be able to support high numbers of data paths if it is intended to handle data from sonar or radar systems.

With these considerations in mind, we may suggest the new VX6940 6U VPX Ethernet switch from Kontron as an option for VPX platform applications. This is a layer two and three switch designed for long-term applications. It features two front QSFP28 transceivers, which support up to 100G speed optical or passive copper connections, and each allowing for four 10GB or SFP+ ports.

Kontron’s VX6940 switches are best suited to data intensive applications that require many data paths, such as naval sonar or radar systems, when coupled with Kontron ARM or X86 computing nodes.

Far from being confined to IT environments, Ethernet switches are now present in demanding industrial environments across the globe. Of course, not every switch is suited to every potential environment, which is why it’s important to partner with an embedded expert like Recab UK that can recommend or design the right switch.

As the IIoT and network connectivity extends to more industries and applications, Ethernet switches continue to perform a crucial role for years to come. Although often overlooked, their importance cannot be understated — and nor can the importance of making the right choice.