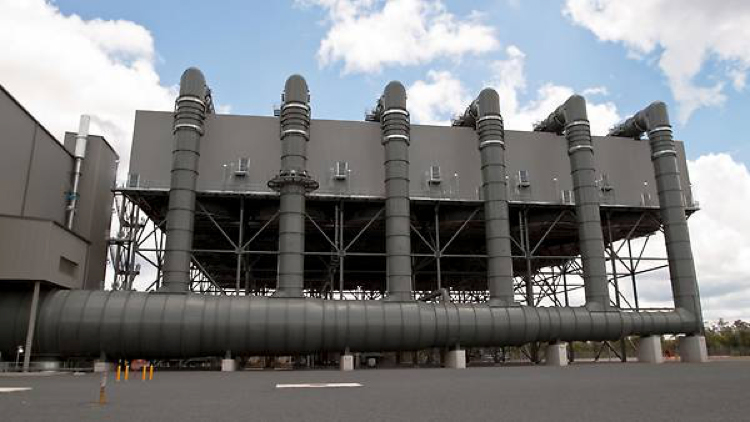 Industrial units have always been involved in manufacturing, processing or assembling of products. Cooling towers are one of the significant components along with many other heavy machineries in an industrial unit.

After the development of the condensers in the nineteenth century the cooling towers originated and improvements were made with the passage of time. These dynamic towers are widely used to discard the excess heat from the water during the industrial operations into the atmosphere.

During this the water and the air come in contact in order to lower the temperature of the water circulating in various systems. They either use evaporation or cooling of the fluid (water) to do so. Cooling towers are widely used in oil refineries, petrochemical plants, thermal power plants, nuclear plants, food processing plants, natural gas plants etc.

Ever wondered how it works?

The cooling towers are normally placed within the industries. Various industrial processes makes the water hot which is pumped into the cooling towers. The cooling tower nozzles spray the hot water into the “fill media” where there is maximum surface area and this leads to water-air contact. In this way the water is cooled.

The methods may differ slightly in different types of cooling towers but the basic method is same. They mostly use evaporative cooling that can cause a lot of water loss. In this era of modern science and awareness such a water loss cannot be hauled. Therefore, latest industry have drift eliminators for cooling towers.

No doubt ,most of the cooling towers use evaporative cooling that evaporates small droplets of pure water that give no such harm .However , there is loss of liquid droplets that contain chemicals within them which can affect the environment badly.

The drift eliminators capture them by changing their direction and velocity as they encounter the special blade walls. The design of walls may vary but they all change the direction as a result the water droplets are forced to go back in the cooling tower. Moreover the filters in them help to remove contaminants such as chemicals that can harm the atmosphere. Whereas the special seal of the drift eliminator prevents the passing of water vapors into the atmosphere.

Now a days, manufacturers have started using such materials for making eliminators that are cost friendly and recyclable too. This feature makes it the substantial thing to be used.

These special materials make them the most adjustable and flexible component with high performance. They can easily maintain total drift loss by at least 0.001%.Therefore, they have taken cooling towers into a whole new sense being environment friendly.

Cooling towers have many types depending on the airflow or design. A few of them have been discussed.

Cooling towers being the most robust industrial units need to be maintained. This maintenance can be achieved in many ways. The strainer system must be implemented to collect all the debris and contaminants.

Clogging can prevented by cleaning of the nozzles. The nozzles must be placed in accessible areas. The cooling tower can work properly when water treatment options are ensured. This may include water modeling, green chemical usage, and filtration etc.

There should be deep cleaning of the cooling tower which can be done with the help of a cleaning chemical that circulates throughout the tower. Moreover, the components like fans, motors and belts should be inspected and cleaned when required. The electrical components should also be inspected.

Concluding with the new methods in cooling tower:

The time of twenty first century requires new methods in cooling towers that use lower energy. For this many methods have been introduced.

By using the closer design approach the energy of compressor can be reduce. By the use of speed motors or variable speed drive technology the cooling tower fan can have the capability to be control.

Furthermore, such fans should be introduced that use minimum or zero electrical energy as electricity is something that is less in many countries. The hyperboloid cooling towers can be linked with the nuclear power plants .This has been implemented too. There should be more varieties in drift eliminators for they are necessary as they serve to avoid pollution.