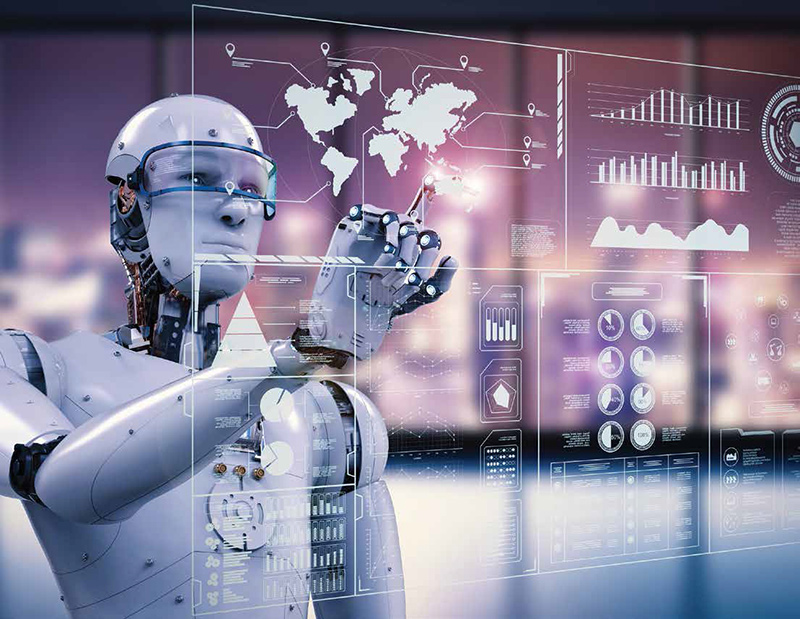 This piece is an excerpt from the August 2018 report, “The Rise of the Internet of Goods: A New Perspective on the Digital Future for Manufacturers,” produced by the MAPI Foundation in association with the Progressive Policy Institute.

For all of the catchphrases about Industry 4.0 and the fourth industrial revolution, the truth is that digitizing manufacturing is a long and difficult slog. The issue is that engineers in manufacturing and other physical industries have to manipulate and fit together real-world materials in ways that are consistent with the laws of nature and the limitations of current technology.

Software developers in digital industries like entertainment and finance—where the final product is reduced to bits and bytes—have a much easier time. Consider, for example, Tony Stark’s iconic Iron Man armor from the Marvel Cinematic Universe. To achieve $7 billion in global ticket sales—the total revenues from Marvel movies featuring Iron Man—the filmmakers only had to be concerned with projecting a believable two-dimensional image on a screen. That is a difficult but doable task.

By contrast, actually building a flying suit of armor in real life would require a combination of metallurgy, robotics, and microelectronics that currently doesn’t exist. Digital objects— including even the most complicated software programs—are simple compared to the requirements of fully digitizing even the simplest of realworld objects.

Manufacturers have taken the first step towards digitization by putting sensors into existing products such as turbines and tractors and using the resulting data to improve performance. The goal is to turn data collection and analysis into a new revenue stream.

But data monetization is only one possible application of the Internet of Things to manufacturing, and perhaps not the most effective at creating sustainable new markets. After all, it’s not clear how much customers are willing to pay to have their data sold back to them.

But the future of manufacturing, having come more slowly than expected, may now be on the verge of happening all at once. The ability to digitize the actual manufacturing and distribution process is rapidly approaching the point where new business models and new markets will emerge.

Recent research has identified several trends that may lead to a revival of localized manufacturing. First, the rise of ecommerce fulfillment centers is revolutionizing distribution. (See, for example, the 2017 report How Ecommerce Creates Jobs and Reduces Income Inequality from the Progressive Policy Institute).

The digitization of distribution cannot be underestimated in the next wave of manufacturing. For years, the efficiencies of scale associated with standardized shipping containers gave the entire manufacturing system a bias towards scale. It was often cheaper to ship a single container from Shanghai to New York than to ship the same goods in small lots by truck from Ohio. That equation favored huge factory cities in China shipping container-loads to big box stores and distributors in the United States.

But the advances in distribution technology introduced by Amazon change the economic equation. A technology designed to sort and ship packages to consumers efficiently can give industrial businesses the ability to ship individual items directly to customers without going through distributors.

The second important trend is the increased sophistication of robots and 3D printing. In different ways, these two technologies give manufacturers the ability to efficiently fulfill small-batch or custom production runs without incurring heavy retooling costs. That greatly expands the types of business models that are possible, especially when combined with the improvements in digitized distribution.

Third, and most important, industrial companies now have the capability to create manufacturing platforms, both open and proprietary. These platforms would be analogous to today’s multi-sided Internet platforms, like app stores, social media, or advertising networks. These platforms are built upon a ceaseless flow of small packets of data that are rapidly routed to the desired destination.

By contrast, these new manufacturing platforms would be mixed cyber-physical systems consisting of functions such as design, production, and distribution running as separate services on top of an advanced distribution network of goods. By analogy with the digital world, it is useful to think of this new physical network of goods as being “packet-switched,” indicating greater flexibility and lower costs than the previous generation of distribution.

This next wave of manufacturing is usually called Industry 4.0, but it is more descriptive to call it the Internet of Goods. As the Internet of Goods takes hold, we anticipate a thickening network of small-batch and custom factories taking hold around the country. The new business models will give a sustained competitive advantage against foreign competitors, because who wants to buy a custom item from a supplier 10,000 miles away that will take two months to arrive? This will enable the U.S. to rebuild its industrial networks in areas like the Midwest and upstate New York.

Research also suggests that there is going to be a new wave of industrial startups, which take advantage of the new technologies. Carbon®, a 3D printing startup in Redwood City, is emblematic of this new wave of startups. The company offers its cutting-edge 3D printers on a subscription model—Hardware-as-a-Service. The printers connect to Carbon through the Internet, allowing Carbon to offer printer upgrades and optimization on the fly.

Similarly, there will be a new role for large industrial companies as the global hub of manufacturing platforms. Like the large tech companies that currently form the hubs of digital platforms, the global industrial giants will do much of the R&D and investment developing new technologies and take much of the risk. In exchange, they will take a share of the gain from increased productivity. The rise of local manufacturing will be driven by collaboration, in effect, between entrepreneurs who start up local digitized factories making new products and global manufacturing platforms anchored by larger companies.

The Internet of Goods is likely to mean a revival of manufacturing operations in many areas. State and local policy will play a powerful role in determining the new geography of production. First, to develop a workforce to support local digitized manufacturing, states, and localities should prepare to shift their training and community college programs to help workers become tech-enabled. Second, capital in the form of loans or grants should be made available to local manufacturing startups. Potential entrepreneurs also need a chance to experiment with the capabilities of the new technology. States that want to encourage manufacturing entrepreneurs should set up centers with the latest 3D printing and robotics equipment. That will give everyone an opportunity to get in on the ground floor of wealth creation.

Still, the new wave of digitized manufacturing may not pose the same environmental and siting issues as the factories of the past. State and localities that want to be leaders in digitized manufacturing should embark on a serious program of regulatory improvement—systematic examination of existing regulations to see which ones are obsolete, and which ones can be improved for the new era. 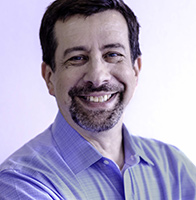 Dr. Michael Mandel is chief economic strategist at the Progressive Policy Institute in Washington DC and senior fellow at the Mack Institute of Innovation Management at the Wharton School (UPenn). He was chief economist at BusinessWeek prior to its purchase by Bloomberg. The March 2017 report he co-authored with Bret Swanson, “The Coming Productivity Boom: Transforming the Physical Economy with Information,” makes the case that the information revolution is still only in its early stages.