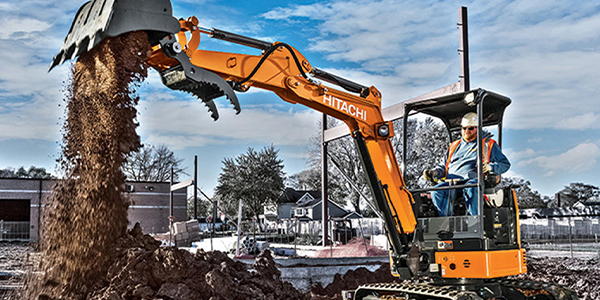 Beginning with the historic invention of the rubber-tired off-road dump truck in the 1930s, the people at the company now known as Hitachi Construction Machinery Co. Ltd. have been problem solvers.

And so in 1998 when customers in the Hunter Valley region of Australia faced a set of new noise control laws because coal mines in the region are located close to heavily populated areas, it was Hitachi Construction Machinery, which still makes the famous Euclid dump truck, that responded. The company beat its competitors in getting a reduced-sound truck on the road.

“Our main distinction is that we’re a small but unique manufacturer that designs special options in its trucks when the customer requests it,” said Ken Lesko, a company spokesman. He said that Hitachi Construction Engineering has pioneered a number of innovations in computer technology, diagnostics and the like to set the company apart from its larger rivals.

Indeed, Lesko said that a recent major restructuring of the company was undertaken with the idea of increased research and development. He said that worldwide, the Japanese-based parent would spend some $500 million annually on new product development.

Birth of the “Euc”
Innovation is at the very root of the company, founded in 1931 as Euclid Road Machinery, which decided to tackle a problem that was vexing construction engineers: how to carry heavy loads over rough terrain. Efforts to modify existing truck models by reinforcing the frame or installing special axles did not work.

So Euclid designed its own rear-dump hauling units with a capacity of seven cubic yards and named it “Trac-Truk,” apparently because of the unique tire tracks on the rear wheels. The innovation made Euclid the leading name in dump trucks to this day, so much so that off-highway trucks were once referred to simply as “Eucs.”

That tradition of inventions continued with the first 20-ton coal hauler in 1934, and the first twin-engine powered diesel truck in 1951. During those years, Euclid trucks, with their distinctive green hue, played a major role in the World War II effort as well as construction of the Hoover Dam.

The Euclid identity is so strong that it has survived multiple owners. General Motors snapped up the Ohio-based manufacturer in 1953, but was forced to divest its stake in 1968 because of federal anti-trust concerns. That set off a chain reaction of acquisitions: the company was bought by White Motor Corp., then Daimler-Benz, and finally a partnership led by Volvo.

Hitachi entered the picture in 1992. The Japanese-based, global conglomerate had been marketing construction equipment in Asia since developing an electric shovel in 1949, and now it was looking to establish a foothold for construction machinery in North America.

“There was a lack of distribution and of brand-name recognition,” said Lesko, who explained that Hitachi was looking to sell its excavators and related products in North America while adding the prestige of a well-known, existing brand like Euclid. “Today we have cross-branding, so you’ll see Hitachi on the side of the truck and Euclid on the front on the grill.”

Excellence from Japan
Lesko said that the original philosophy of the company and its move into North America was to apply Japanese manufacturing techniques and quality controls. “The Japanese are synonymous with introducing excellence in manufacturing and product quality and controls, and so early on they took the lead in that role,” he said.

The company employs roughly 500 people in North America. Its main production facility in this continent is Guelph, Ontario, where it manufactures trucks that weigh 40 tons up to as high as 350 tons.. After moving its North American headquarters to the Guelph facility in 2002, it has retained some of its engineering workforce as well as testing engineers and related functions at a site near Cleveland, Ohio. The company is in the midst of moving some of its engineering to Canada as well as the company’s global headquarters in Japan, where it manufactures it world famous hydraulic excavator for the mining industry.
Deere-Hitachi Construction Machinery, or DHCM, produces hydraulic excavators in North Carolina and in Saltillo, Mexico. The company sells new and used equipment that includes compact excavators, rigid frame trucks, mining excavators and shovels, and forestry excavators.

DHCM was formed in 1988 as a joint venture between Deere & Company and Hitachi subsidiary Hitachi Construction Machinery Co. The companies integrate their marketing operations in the Americas to streamline decision-making, improve customer support, and strengthen both the Deere and Hitachi brand names.

This year, the company announced that its Guelph-based unit would be known as Hitachi Construction Truck Manufacturing Ltd., and that its engineers have developed the world’s largest AC drive rigid haul truck. User testing is coming to an end after one year of favorable results and customer reception. The company was in the process of launching the new model in September at Minexpo in Las Vegas.

“That product and its technology is what is driving the whole industry,” Lesko said. He said that using AC electric motors to power trucks means greater performance, higher top speeds, better braking capabilities, and lower operating costs. “Another big advantage of AC motors over DC motors is that AC motors are nearly maintenance-free, because there are no brushes and commutator which are found in the DC motors. These components wear and must be replaced on an annual basis.”

Also, Hitachi Construction Machinery has developed the ultra-large hydraulic excavator EX8000 as the largest class in the world, with an operating weight of 780 tons and a loading shovel bucket capacity of 40 cubic meters. The EX8000 was developed as a response to the growing size of dump trucks designed to reduce costs at mines.

In nearly three quarters of a century, Hitachi Construction Machinery’s Euclid product line has been through a slew of owners and several generations of new technology, but two things have never changed: The Euclid nameplate on the front grille, and the commitment to innovation that stands behind it.