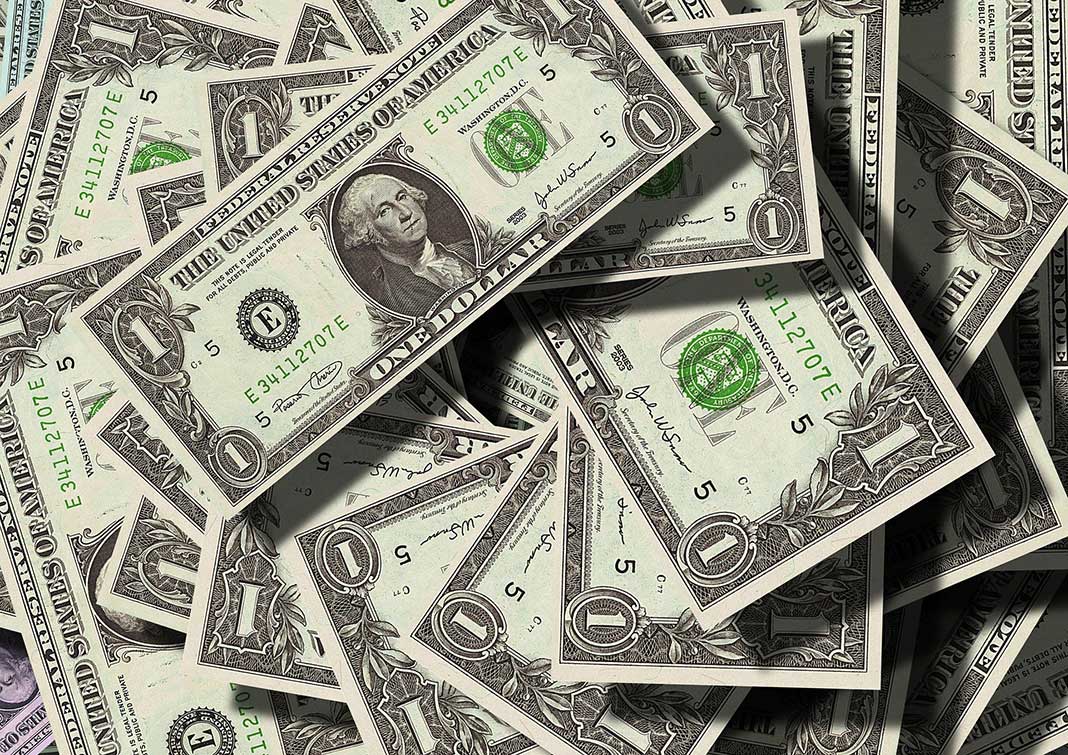 Rookie and veteran forex traders alike tend to focus their attention on currency pairs which include some of the world’s largest economies.

The currencies featured in these popular pairs gain the greatest news coverage, so traders feel more confident in interpreting the latest developments to predict market movements. By attracting more trades, these currency pairs maintain high liquidity and consistently provide opportunities for traders to take advantage of fluctuations in value.

The big-hitting pairs are generally formed of some combination of the following currencies: the US dollar (USD), the euro (EUR), the British pound (GBP), the Japanese yen (JPY), the Chinese renminbi (CNY), the Canadian dollar (CAD), and the Australian dollar (AUD).

Here are the three currency pairs that typically garner the most attention from traders.

The live chart of the EUR/USD currency pair is one of the most closely followed by traders, with the prestige attached to the euro and the US dollar a big draw for investors. The United States boasts the largest national economy, which makes the USD a common feature in currency pairs. Its measure against the currency of the European single market has been of great interest to investors, both those based inside the relevant regions and those watching from the outside.

In 2019, trades on the EUR/USD currency pair accounted for 24% of total daily forex trades, with that high percentage ensuring that the market constantly boasts high liquidity. The practical advantage of high liquidity means traders can make substantial moves without distorting the shape of the market. Financial information for the United States and the eurozone is readily available, with policy decisions from the US Federal Reserve and the European Central Bank often dominating global news headlines.

For those who wish to gain exposure to markets in Asia, the USD/JPY currency pair is generally considered to be the best option. This particular pair features the US dollar as the base currency, with the Japanese yen taking the role of the quote currency. This means that the currency pair is measured on how many Japanese yen is required to fulfill the purchase of one US dollar.

Liquidity is never an issue with the USD/JPY currency pair. Both of these currencies retain their appeal as they are often considered to be safe havens, currencies that can largely withstand wider economic pressures and remain stable in times of global uncertainty. Interest rates determined by the Bank of Japan will be noteworthy for anyone with a vested interest in the USD/JPY currency pair.

It is no surprise to see that the US dollar features in all three of the most heavily-traded currency pairs, a testament to the size of the American economy and the reach of its currency. The GBP/USD currency pair shines a light on the fortunes of the British pound, with traders required to judge how the Bank of England’s policy decisions stack up against the Fed’s.

In recent years, the trajectory of the British pound has been heavily impacted by developments revolving around Brexit. At times when uncertainty has been rife, the GBP has struggled against the USD. Moments of clarity have enabled the pound to make some gains against its American counterpart. This extended period of high volatility for the British pound may have created plentiful opportunities for traders on the GBP/USD currency pair.

Those with specialist knowledge of a particular country or region could find value in more niche currency pairs. For example, an expert on the Nigerian naira or the United Arab Emirates dirham will be well-placed to assess those currencies’ movement against the US dollar. However, the high liquidity and plentiful information for the most popular currency pairs make these of permanent interest to both new and experienced traders.