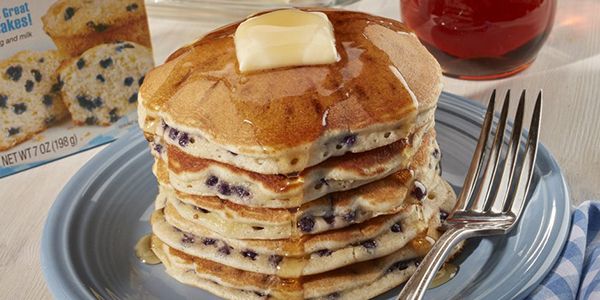 When you talk to Howard “Howdy” Holmes about Chelsea Milling Company, of which he is president, you won’t focus on the fact that Chelsea produces 1.6 million boxes of Jiffy Mixes daily. Or that Chelsea maintains the lead in the preparation of muffin mixes with a 56.4 percent market share. Or even that its corn muffin mix is the seventh fastest-moving dry-grocery item in the United States.

You might, however, discuss how Holmes’ grandmother produced the first all-purpose baking mix 71 years ago. It’s a story now entrenched in Holmes family lore — along with the fact that the Holmes family has been milling flour for more than 100 years, spanning four generations and making itself one of the nation’s royal families among businesses owners. As Holmes tells it, his grandmother, Mabel, encountered a neighborhood boy, being raised by his father, who carried with him in his lunch a biscuit his father had baked from scratch (the year was 1929, when everything was made from scratch). Mabel was so moved that she set out to concoct a standard baking mix that would be “so easy, even a man could do it.” Out of this, the top-selling Jiffy brand of baking mixes was born.

You might also discuss with Holmes, a former Indy car driver, the strategy behind keeping a business in a family through four generations when most family businesses don’t survive past the first or second generation. This is because something as simple as making and packaging baking mixes has become for the Holmes family a complex lesson in promoting a work culture that places equal emphasis on the product, the people and their abilities. It could also be that, as Howard Sumner Holmes, Holmes’ father, quipped one day, “We’re just too stupid to get out of the business.”

Not Too Stupid to Be No. 1
Rising to the top of any segment of an industry dominated by giants such as Betty Crocker and General Mills takes commitment and hard work. For the Holmes family, it also derives from a tradition that may very well date to 1802, when at least one member of a family connected to the Holmes line began to mill flour. Chelsea Milling was incorporated in 1901. “A family business is fascinating. Only 27 percent of family businesses make it to the next generation and only 6 percent get to the third generation,” Holmes says. Devising strategies to deal with the three most important company elements — culture, decision making and tasks — has enabled Chelsea Milling to become an important contender with their brand of Jiffy Mixes.

“We believe in certain principles, such as courage and consideration and conscience,” says Holmes in commenting on Chelsea Milling’s culture. “These principles are our backbone. We care about our people and we’re not just mouthing those words. We’ve identified certain core principles and stuck with them. What we want is the whole person here. We don’t want them to have to play a role in their job. We want people to respect personal differences.” Holmes also wants employees to accept the “outrageous” possibility that they can “continue to grow. Getting people to believe in themselves is immensely difficult.”

Chelsea, he explains, also promotes “interdependent decision making. We encourage people to talk with others who have been in a similar situation and who have a different point of view. You can only achieve the best solution through objectivity. We can only learn through each other. In a way, we’re held hostage sometimes by our own experiences.” Regarding the third element, tasks, Holmes believes that the key for the employees is to be inventive and creative.

Everything in the Mix
In its 400,000 square-foot plant, nicknamed “Jiffyville” and located in Chelsea, Mich., the company prepares, packages and distributes 17 different Jiffy Mixes in the categories of muffins, cakes, frostings, fudge brownies, pizza crusts, pie crusts and biscuits. The plant is a vertically integrated operation, having its own flour mill, mixing, packaging, warehousing and trucking capabilities. Additionally, Chelsea Milling produces its own little blue boxes. According to Holmes, the facility has been in a constant state of expansion and improvement during the last decade. In 1996, its warehouse was expanded by 125,000 square feet at a cost of $4.5 million.

The Chelsea Milling facility has 26 silos that store 1 million bushels of wheat, allowing the company to mill about 2.5 million bushels of flour per year. The production process begins when the wheat is transferred to the mill and then processed into four types of flour. The finished flour is pneumatically blown to the mixing department, where it is blended with the other ingredients. The blended product is then packed into individual boxes along two miles of conveyors. The finished boxes are cased, palletized, warehoused and delivered.

Recently, Chelsea Milling added a corn muffin six-pack to its list of baking-mix offerings. The company also plans to market a new pancake mix in 2002. Says Holmes, the company believes in the need to offer new products; what it doesn’t believe in, he adds, is the need to advertise. “Our choice is to give consumers the best value. We define value as being the highest-quality ingredients and the best price,” he says. “We believe we’re in business to provide a service, not to see how much money we can make. The motto on Jiffy’s little blue boxes and delivery trucks says it all: ‘Quality and Value since 1930.’”