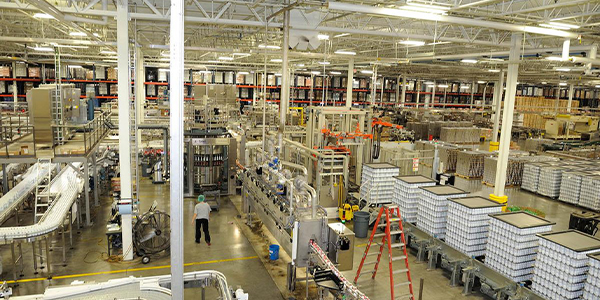 Today’s American consumer wants healthful food choices that offer a long shelf life in addition to being convenient and tasty. California Natural Products (CNP) has capitalized on that trend with a line of ingredients and aseptic products that meets these criteria. CNP produces a broad range of aseptic beverages and food ingredients from both conventional and organic rice, soy and fresh vegetables.

An aseptic product is defined as commercially sterile (sterilized product combined with sterilized packaging under sterile conditions), explains company Chief Operating Officer Marc Weinstein. “The product tastes great, requires no refrigeration and lasts a very long time, until the package is opened,” he adds. The company produces and/or packages many products in aseptic packaging, including wine, rice beverages, soy beverages, teas, soups, broths, nutritional drinks, and meal replacement products. Ease of opening and re closing, along with ease of storage and disposal, are additional benefits.

California Natural Products works with a number of products that are in keeping with its marketing objective to provide healthful, low-fat, high-protein, high-fiber foods that are convenient. “People want a good snack or meal replacement that they can eat on the run,” Weinstein says.

CNP has positioned itself foremost in the industry through a number of innovative products; these include:

Rice syrup and solids: CNP produces a wide variety of rice syrups. CNP rice syrups are made enzymatically (using natural enzymes) without acid hydrolysis via the company’s patented process from 100 percent whole rice (brown, white, conventional or certified organic rice). Depending on the application, companies may choose from traditional or clarified syrups in Dextrose Equivalent (DE) ranging from 26-70. CNP also offers a variety of different syrups solids ranging from 5-45 DE. CNP’s organic rice syrups are USDA certified organic by Quality Assurance International (QAI) under the USDA’s National Organic Program. All rice syrups (from brown, white or organic rice) are available in a variety of conversions and have been lightly filtered to produce a translucent syrup with a mild buttery flavor note. Similar syrups are also available as clear syrups and/or prepared from white organic and conventional white and brown rice.

Fat Replacer (Bake Trim): The revolutionary new, patented baked goods enhancer replaces trans/saturated fats in conventional baked goods at a 1:1 ratio. Bake-Trim provides the functionality of fat for all bakery products including organic goods. The same product has been successfully used as a dough conditioner in baked products.

Tapioca Syrups: Tapioca syrups are made enzymatically from certified organic Tapioca flour and are available in a variety of conversions. These syrups have been made to produce a clear product with less flavor impact than the company’s traditional products.

All of these products came as the result of CNP’s growth, after the company was founded in 1980. It made its start by developing patents as a research and development company. Production of rice beverages started in 1986, with aseptic rice beverages produced in 1993 and soy beverages added to the mix in 1997. In 2002, CNP also began operation of its own warehouse automation systems (Power Automation Systems), which Weinstein notes is a value-added technology for a company producing nutritional foods. “We solved part of the shelf life problem by creating a system that can effectively manage inventory. The system can be managed by a single person, has a very small “footprint,” and is faster than other warehouse automation systems,” he says.

To facilitate production, California Natural Products owns and operates a state-of-the-art aseptic processing and filling facility located on the West Coast in Lathrop, Calif., in the heart of California’s Central Valley.

“Our plants are designed and equipped for maximum capacity and flexibility,” Weinstein says. “We offer consistent business processes, precise food processing parameters, and the highest quality products to our customers.”

Enjoying a lofty spot in the industry, with the ability to produce a broad product range has required significant focus on re-inventing processes and systems over time. “Between 1994 and 2002 we grew rapidly and we then needed to go back and catch up our infrastructure to support the added volume,” Weinstein recalls. He notes that CNP had to do something quickly to ramp up the processes and organization, so in 2003 the company put an entire new plan into place. “We developed a vision of what we wanted to happen by 2006, and we put a leadership team into place to make that happen,” he says.

New strategies included developing and implementing a High Commitment Work System (HCWS) to deliver results from the operating floor, along with Standard Operating Procedures (SOP)s for virtually every task that needs to be performed to strive towards flawless execution. The company also implemented changes in its personnel structure as far as reclassifying jobs and responsibilities and in the area of training it developed and provided training in various aspects of management and processing.

It also developed a “Train-The-Trainer” program for everything from ingredient production, processing, filling and warehousing. In the areas of communication and recognition, CNP underwent changes including instituting company-wide “town hall” style meetings to provide business updates and to review results. It also provided pizza coupons for small accomplishments and held a company-wide barbecue for major achievements, such as going one million hours without a lost work time injury.

CNP launched these changes over a three-year period, beginning in November 2003. By November of 2006, Weinstein says, “CNP Operations will have experienced a transformation enabling flawless execution of core business processes and systems, and a culture of discipline.” Weinstein notes that CNP has been able to stay competitive within the organic market, which has grown at a rate of 15 percent, because of implementing this new vision.

CNP also offers in-house electrical, mechanical, drafting and process engineering, which enables rapid production scale-up. “Not many companies offer these services in-house. Many times customers have to go outside for them, which adds to response time. We can save our customers valuable time,” Weinstein explains.

It’s these offerings, along with the company’s cutting-edge research and development, that Weinstein believes sets CNP apart from its competitors. “We can help customers meet their target markets for development,” he says. “For example, some of our customers were limited to making products using the ingredients available to them. We have the capability to create formulas and make ingredients for our customers. So if a customer wants to make a new protein drink, we can make the right ingredients available, or if a customer wants a product with a longer shelf life, we can help them achieve that goal.”

CNP has also been able to attract workers from Fortune 500 companies, bringing “experience to our company that our competitors don’t have,” Weinstein says.

All of these features, Weinstein believes, add to the company’s attractiveness. “We want potential customers to know that we have a passion to achieve benchmark performance. We are committed to being the best in the industry, and we will achieve our customers’ desired results.”