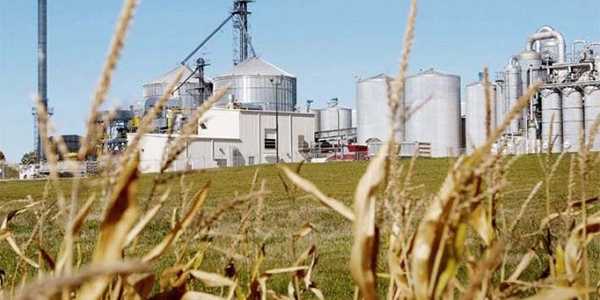 The ethanol and corn industries are under attack by a wide range of critics for causing everything from sharply higher food prices for American consumers to shortages of and high prices for Mexican tortillas and even potentially higher tequila prices. Expansion of the ethanol industry to meet clean air standards and reduce dependence on imported petroleum has boosted demand for corn, the primary feedstock for U.S. ethanol. This increased demand has caused corn prices to rise to their highest levels since the drought of 1995. Critics contend that the recent increase in retail food prices measured by the CPI for food is the direct result of higher corn prices caused by ethanol demand and that an even larger increase in food prices is in store for American consumers.

The actual record on the relationship between ethanol, corn, and retail food prices is less clear. Over the past five years, ethanol production has more than doubled, increasing from 2.14 billion gallons in 2002 to 4.86 billion gallons in 2006. Over this same period, the demand for corn to produce ethanol has grown from 996 million bushels to 2.2 billion bushels. Over most of this period, cash market corn prices were relatively stable. From January 2002 through September 2006, corn prices averaged $2.18 per bushel. However, between September 2006 and May 2007, corn prices jumped 61 percent to $3.56 per bushel in May 2007.

While it is tempting to blame the entire increase in food price inflation over the past eight months on higher corn prices, most of the increase in food prices was the result of foods not impacted by corn such as fish, fruits and vegetables, sugar and sweeteners, and food away from home. Meat, poultry, eggs, and dairy products – the foods where corn is a major input and are most affected by rising corn prices – accounted for about 0.2 percent of the 1.2 percent acceleration in food price inflation between September 2006 and April 2007. Rising energy prices had a more significant impact on food prices than did corn.

Retail food prices are not likely to accelerate significantly in 2008 and beyond, even as ethanol production continues to expand. In fact, consumers will be more severely affected by rising gasoline and energy prices than by increases in corn prices.

Good news on the horizon

However, the days of cheap corn are more likely than not, over. The new reality is that corn prices are likely to remain nearer to the $3 per bushel than the $2 per bushel mark for an extended period. The good news is that prices may be more stable as corn production expands to meet ethanol requirements and new ethanol feedstocks and technologies emerge.

Corn and energy prices both affect consumer food prices. However, since increases in corn prices are limited to a relatively small portion of the overall CPI for food, an increase in corn prices resulting from higher ethanol demand or a supply disruption such as a major drought is expected to have about half the impact of the same percentage increase in petroleum and energy prices.

Livestock and poultry producers are beginning to respond to higher feed costs by slowing the growth in animal numbers and market prices are reflecting these changes. However, corn prices are only one of several factors that impact livestock and meat production: