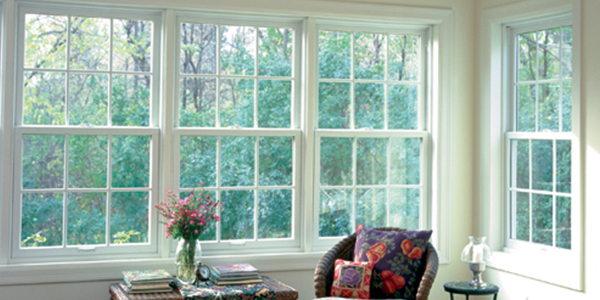 Talking about the company he founded and still heads — Gorell Enterprises, Inc., of Indiana, Pa. — Wayne Gorell says, “We designed our products to be trouble-free and installation-friendly. Then we went out and found the best equipment and machinery so that it is easy to make great products every time.”

Many companies say, as Gorell says about his own, “We are adamant on quality.” In the next breath, however, the firm’s president and chief executive officer adds, “We have no quality-control department and never will have” – which is an unusual, not to say contradictory, thing for a manufacturer to say. Yet Gorell Enterprises, now in its eighth year in business, has built an unshakeable reputation for quality in the manufacture of vinyl replacement doors and windows. Gorell has a story to tell that provides a good reason for this approach.

It goes back to his days with Season-all, the custom replacement-window manufacturer founded by his father, Frank, in 1947. Gorell recalls, “I had a complaint from a customer for a large project that our windows were unacceptable. When I went to the plant floor, I saw that there were gaps and the vent didn’t fit or operate properly. In discussions with the foreman and the quality-control manager, it was clear the quality-control manager had inspected all the dimensions and found them to be within quality tolerances, but the windows didn’t work. All the dimensions were at the maximum and the minimum of the tolerances, but clearly the end product was visually unacceptable. That taught me to have people determine the quality by asking themselves if they would put those windows in their home, rather than simply checking to see if they are ‘within tolerance.’”

Gorell’s conclusion, based on this incident: “A quality-control department is a way for people to avoid the subject of quality. Today, our quality revolves around the simple idea of, ‘Would you put that product in your mother’s living room? Does it work? Does it look the way it should?’ Everybody at the company is involved. If anyone doesn’t like it, the window is fixed. That’s all it takes.”

Growing to the Top
It’s that simple. But from this plainspoken philosophy has emerged a company that has been recognized by some of American business’ most prestigious periodicals. In 1999, Inc. magazine ranked Gorell Enterprises as the nation’s 30th fastest-growing private company. Last November, IndustryWeek magazine listed the company on its roster of 25 Best Growing Companies.

Founded in 1993, Gorell Enterprises toted up revenues in 2000 of slightly more than $26 million, according to its president. “We’ve averaged over 30 percent growth a year since we started, and I don’t see any reason why we can’t do it for at least another five years,” Gorell says. “We could hit $100 million in the next five years with the right mix of acquisitions and internal growth.” The company’s facility in Indiana, Pa., measures 240,000 square feet for manufacturing and offices, with plenty of room for growth. The employees now number slightly more than 300.

The quality philosophy has had much to do with Gorell Enterprises’ rise, but so has its equally plain customer-service vision. Gorell says, “We don’t challenge or question the integrity of our customers. If somebody calls with a problem, we ship them what they need. Our customers don’t want problems any more than we do. They just want to install the window and collect their money. If it’s a problem for them, it’s our problem, too, and we want to take care of them.”

Gorell Enterprises listens to its customer for more than just problems with existing products. Its new-product launches are often the result of customer feedback. “Our introduction of new-construction windows truly came about because of customer requests,” says Gorell. “We sell a high-end product in the retrofit side. New-construction windows are traditionally pretty poor, and builders mostly use the cheapest windows they can get. But some wanted better quality. Our dealers are geared to the high end, and they wanted better quality, too. The new line has been very successful. When we designed it, we didn’t plan to compete with the low-end products and we never intend to.”

Yet another recent product launch, wall systems, came from Gorell Enteprises’ sheer ingenuity. “I have a company that makes luxury British-style conservatories,” he explains. “It occurred to me that people would like a product that could make their porch or patio a year-round, maintenance-free room. So we created a wall system that’s beautiful, energy-efficient and easy to install, offering another service to our customers. These have also been doing well, better than we projected.”

Products that Perform
Quality has been Gorell Enterprises’ mission from the day it opened for business. Gorell recalls, “I know that remakes, problems and dissatisfied customers cost a lot of money. When I decided to get back into this business after being retired two years, I wanted problem-free products. We incorporated all the design tricks learned from 25 years experience in creating our exclusive line of products. We wanted beautiful, functional windows for the homeowner that were easy to sell and install for the dealer.”

Ease of installation is a particularly critical element at Gorell Enterprises’ window products. “Most of the business is installation-based, and ours are the easiest window and door products to install well,” Gorell explains. “We offer a lot of features and options that make our windows the best performers, and then we make them pretty with lots of design elements and shadow lines. This distinguishes our products, too, because most windows are square boxes that have no design appeal.”

Gorell’s staff used their experience to get creative with new elements to enhance the windows’ functionality. “The biggest problems with most windows are the insulating glass and the balances,” Gorell says. “The balances would break or the glass would fog, making the window dysfunctional. When we founded the new company, we went out and found a new balance system with an old supplier, Caldwell Manufacturing. We haven’t had to replace a single balance since being in business.” The glass problem solution was the company’s PPG Intercept system. “With this system, we basically have no glass failure,” Gorell states. “The key is that it flexes with the glass. The system incorporates a U channel with the flat surface at the bottom. When the glass flexes, the U channel flexes with the glass, and failures are eliminated.”

Window to the Future
It’s no accident that such a forward-thinking company — one that expects revenues to hit nine digits in the next five years — is ready for the future but is keeping its focus on what took it to its present level. “I believe the new-construction products and the wall systems will grow faster than our other products over the next two years,” says Gorell, “but our core business will still be replacement windows. This is really the area we know best. My father’s company invented the replacement window, so I’ve been involved with them for over 35 years.”

New and existing products will not be the only growth engines for Gorell Enterprises. “We bought all the assets, the equipment and machinery of American Vinyl Craft in Peoria, Ill., and we moved everything to Indiana, Pa.,” Gorell says. That purchase “expanded our capabilities and customer base,” he adds.

“We’re rather picky on who we want,” Gorell says in explaining the acquisition strategy. “We want high-end, top-quality, service-oriented manufacturers in windows or window-based products. And we’re looking for smaller manufacturers. The larger they are, the less service and quality focused they are.”

Gorell sums it up with this statement: “We are one of the 100 largest window manufacturers in North America. There are over 5,000 window manufacturers with sales of less than $15 million, so there are plenty of opportunities for good acquisitions. Until we find good fits, we’ll just keep on making the best windows and doors available anywhere. In this way, our growth is unlimited”.