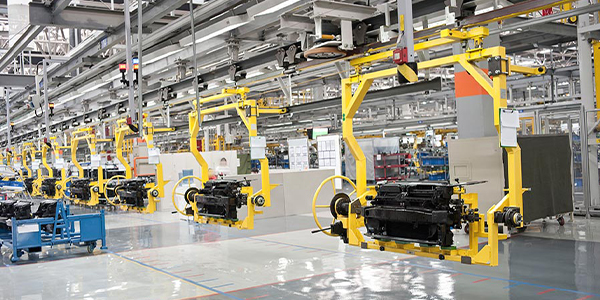 The U.S. economy is expanding, but it’s clear to all of us that growth is not nearly as robust as it could be. Job creation is weak mainly because we have made job creation unnecessarily expensive with unwise policies and lack of commitment to economic growth. Also, there is a very real question in the minds of many business and political leaders about our country’s determination to remain competitive in our all-important manufacturing sector.While the economy is growing at a moderate pace, the Commerce Department reports that U.S. corporations are sitting on a 40-year high amount of cash, some $1.2 trillion. If we can somehow dispel the air of uncertainty that clouds the economic picture and persuade corporate leaders to invest these resources in productive ventures, with particular emphasis on manufacturing, it will release another round of economic expansion like the one that dominated the 1990s.

The first task is to make the case that despite reports to the contrary, the U.S. remains the world’s leading manufacturing nation. Last year, manufacturers in the U.S. produced more volume of products than ever before in history. Manufacturing accounts for $1.5 trillion of our economy and employs 14.3 million people directly, plus millions more indirectly in other sectors. Manufacturing accounts for the bulk of our R&D and also our exports to foreign countries – some $60 billion worth each month. Manufacturing is the heart of our economy and key to our future.

Right now, there are five pending items on Congress’s agenda that by themselves would generate more than $1 trillion of new economic activity over the next five years, and go a long way to persuading corporate leaders to invest the $1.2 trillion they are holding. They are:
• Energy legislation. This would increase energy production and expand the use of alternative fuels generating an additional $33 billion per year to the economy – $165 billion over the next five years – plus a half million new jobs in manufacturing, construction, agriculture and technology. Safe production in the Arctic National Wildlife Refuge (ANWR) would yield 10.3 billion barrels of oil, which at today’s prices represents $500 billion worth of investment in the U.S. economy over 30 years, and add another 735,000 new jobs. In addition, increased ethanol use will reduce the trade deficit and generate $32 billion in income for consumers over 15 years. The renewable fuel standard will expand household income by $51.7 billion over the next 10 years.
• The Clear Skies Initiative would increase new capital investment by $4 billion annually over the next 12 years – $21 billion over the next five years – and lead to significant gains in environment cleanup.
• The highway bill would appropriate $48 billion a year or $242 billion over the next five years. As a general rule, every $1 billion spent on highways creates 47,000 new jobs. The $284 billion over six years provided by the House highway bill would create 13.3 million new jobs.
• Asbestos reform will reduce future administrative and bankruptcy tort costs by $85 billion and add an estimated $137 billion in value to corporations now under a cloud of uncertainty because of asbestos litigation. Compensation to claimants would be increased by $65 billion.
• Modernizing Telecom Laws will provide a major boost to information technology based productivity, employment and consumer benefits. Our major trading partners all have national policies to promote broadband and have passed the U.S. in total relative broadband deployment, leaving the U.S. ranked 13th, with adverse impact on our productivity and ability to compete. Modernizing our telecommunications system has the potential to increase GPD by $600 billion over the next five years.

Of course, our challenges embrace far more than these five areas. We must reduce the external costs imposed on production in the U.S. According to a recent study by the NAM and the Manufacturers Alliance/MAPI, U.S. manufacturers are strapped with a conservatively estimated 22.4 percent non-wage cost disadvantage relative to our major industrialized trading partners. We spend more on health care, energy, regulatory compliance, taxes and, of course, litigation than do our foreign rivals, and this can’t continue if we expect to remain an economic superpower.

Congress passed and President Bush signed an important legal reform – the Class Action Fairness Act – in February. But our economy will also benefit from other measures that will limit costly lawsuit abuse.

We must do a more effective job of leveling the playing field with our trading partners, many of whom engage in product counterfeiting, illegal subsidies and currency manipulation. Resisting the siren song of protectionism, we must expand export opportunities and aggressively negotiate a level playing field for international trade. China manipulates its currency to keep its exports high. We must continue pushing them toward market-oriented currency valuations.

Since countries with which we have no free trade agreements take advantage of our wide open U.S. market and account for more than 80 percent of our trade deficit, we need new bilateral and multilateral agreements that will open markets to our goods. We also need international help cracking down on counterfeiting and intellectual property theft.
We need to channel more resources into R&D, innovation and capital investment. Speaking of R&D, the private sector can’t do it all (though manufacturing certainly does it’s share). Federal contributions to basic, peer-reviewed research – the kind of research that brought us the laser, the Internet, fiber optics and more – have fallen steadily during the last 30 years.

Not surprisingly, only 38 percent of technology executives recently polled by USA Today predicted that the U.S. will still be the world’s top technology innovator 15 years from now. Forty-one percent expect us to lose our lead.

To get back to the future, federal R&D budgets must be increased by at least one percent of GDP. The National Science Foundation’s budget should be doubled as Congress had previously authorized.

And we must make a real commitment to improving math, science and engineering education. The grim fact is that our school systems are woefully out of date and unable to prepare young people for the modern world. In a recent survey, 36 percent of our members said they have excellent jobs unfilled because they cannot find qualified candidates to fill them. In the long term, a 21st century work force is surely our most important challenge.
Both India and China now graduate far more science and engineering Ph.Ds than we do each year. Our secondary and higher education teachers simply must be better prepared if they, in turn, are to prepare our young people for 21st century economic opportunities.
These are long-term challenges that cannot be resolved in a week or a month, but we need to recognize them as critical to our future and get serious about dealing with them. In the near term, aggressive action on the key five issues I mentioned before will generate $1 trillion in new economic activity over the next five years, and likely go a long way to freeing up the idle $1.2 trillion hoard in corporate treasuries. To paraphrase a famous quote from the late Illinois Senator Everett Dirksen, a trillion here, a trillion there, pretty soon you’re talking real money.

John Engler is the President and Chief Executive Officer, the National Association of Manufacturers. The NAM’s mission is to enhance the competitiveness of manufacturers by shaping a legislative and regulatory environment conducive to U.S. economic growth and to increase understanding among policymakers, the media and the general public about the vital role of manufacturing to America’s economic future and living standards. Visit: www.nam.org.