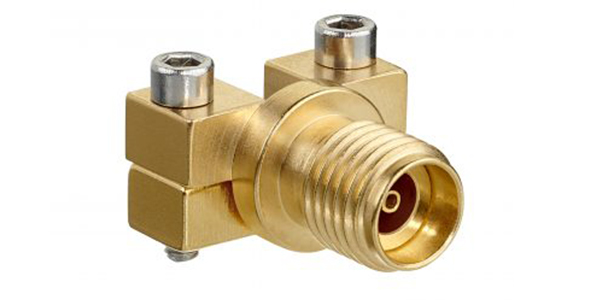 It was an inventive strategy that buoyed Kings Electronics from infancy to national recognition in the 1940s, and the constant drive to create new and better products has remained with the company since. A leader in the design and manufacture of audio and video products for the broadcast market as well as RF coaxial connectors for the telecommunication, commercial and military aerospace markets, Kings was founded in the 1940s by Morty Weisman in Brooklyn, N.Y. (a part of Kings County, N.Y., hence the name) and was born setting the standard in the coaxial connectors market.

Kings, relates company President Robert Dock, was the company that invented the crimp style connector, facilitating quicker termination, faster throughput and a more reliable connection. “All other companies have emulated that product,” says Dock. The company has made many contributions to the development of connector technology, including the several forms of its K-Grip™ design configuration which simplifies assembly and reduces production time. Its TR-4™ and TR-5™ finishes have added to the life and appearance of coaxial connectors. Many global enterprises take advantage of Kings’ expertise, including Boeing, with which Kings has a long-standing relationship. Kings also supplies connectors for numerous high tech programs including NIM (Nuclear Instrumentation Module), Camac, and TCAS (Traffic Alert and Collision Avoidance System).

All of Kings’ superior performance connectors are made to meet applicable military specifications; the company’s quality assurance procedures are in accordance with MIL-1-45208. In addition Kings has recognized the need for constant effort to make continuous improvement in the quality of its products and services. A company-wide program is in place that involves all employees in achieving quality improvement through effort and application of Statistical Process Control technologies.

“We can offer high-quality for a particular application,” says Dock. “We’re flexible and can react quickly because we’re small.”

New products make connections
In this facility, Kings is constantly researching and developing products to meet demands of markets that change equally as fast. Among its newest products is a line of video patching systems, which come in two types: standard and mid/miniature sizes. The standard size is used in studios such as NBC’s 30 Rockefeller Center studio and on the Today Show. “This is a redundant system,” explains Dock. “When you’re at home and a screen comes up about experiencing technical difficulties, there’s someone in the studio repatching to reroute the signal to a different camera. The broadcast community refers to this as ‘jack fields’.” This system includes BNCs, – a type of coupling mechanism. These are used on the backside of a video patching system attached to the coaxial cables, and their purpose is to terminate the cable to the system.

Also, Kings has released a fiber optic camera connector, introduced at the National Association of Broadcasters tradeshow last April in line with a move toward fiber optic networks for HDTV (high definition television). However, the evolution, Dock says, “is slow. But the FCC has mandated all studios be HDTV capable by the end of 2006. This will necessitate millions of dollars in investment – it’s analogous to the transition from black and white to color.”

Other new products include 7mm and 16mm connectors connected to the cables that are installed in base stations and used to support wireless communications such as cell phones. The company has introduced 60 different connectors in the 7mm and 16mm range. “There are so many varieties; we’re really designing to accommodate a variety of manufacturers for cable,” Dock says.

Kings also has a patent pending on a new audio patching connector, currently in tests at ESPN and NBC. These connectors are miniature patching systems for MPEG systems to accommodate bandwidth of 900 MHz used in the broadcast studio environment.

“We also produce connectors for the telecommunications industry, in central offices that process all the telephone calls. “We supply millions of connectors in to central offices, such as Southwestern Bell and Lucent Technologies,” says Dock. “On any given day these facilitate over 100 million phone calls.”

Fiber optics, miniaturization dominate industry trends
Kings has weathered the equivalent of a century’s worth of innovation in 50 short years in the markets it serves and is poised to experience even more evolutionary changes, including a trend toward fiber optic connectors, and utilization of fiber cables. “We’ve seen an increasing trend in the last 20 years toward miniaturization,” Dock explains. “Connectors are getting smaller as bandwidth is expanding, Ten years ago TV stations were broadcasting six MHz; that has been reduced to two- and-a-half to three MHz.” to accommodate greater speed of the higher bandwidth.

There’s also been an increase in consolidation, in which connector companies are buying up smaller rivals. “That’s been the trend in the last 10 years,” he says.

Currently, Kings Electronics sells mostly in the United States, although the European market promises future growth opportunities. Through 2000, the company had plans for expansion into an assembly operation in Europe, but with the telecommunications crash, Dock says, those plans were put on hold. But there are other arenas that perhaps hold more immediate promise, such as the burgeoning medical electronics market, for which Kings has designed a suite of connector systems.

A service and customer oriented company, Kings has a great on-time delivery record; the company delivers more than 95 percent of its orders on time. Also very strong in product design, Kings employs six mechanical and two electrical engineers to research new designs and product improvements. With its extensive experience and foundation coupled with its current status as an engineering force, Kings Electronics is set to evolve not only with the market, but in many ways, ahead of it.