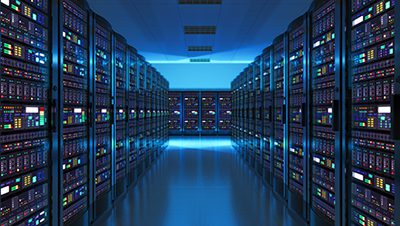 In these digital days, it’s been estimated that technology is moving so fast that levels of global knowledge are doubling in the lightning speed of 12 hours. Such acceleration may be exhilarating to some and daunting to others. However, to Thales Canada, a leading provider of cutting-edge technologies and services for transportation, aviation, and defence and security markets, our increasingly high-tech society is an inspiration – and an opportunity.

Competing in a Complex Digital World

Thales in Canada is one of a sextet of major units (the others are in the US, UK, Netherlands, Germany, and Australia) belonging to the Thales Group, a French multinational that designs and builds electronic systems for aerospace, space, defence, transportation, and security segments. With 62,000 employees working in 56 countries, the Thales Group has become an important player in providing security and protection to citizens while safeguarding vital infrastructure and national security interests of nations around the world.

Like its global siblings, Thales Canada’s digital prowess runs the gamut from data analytics, critical infrastructure protection, and human sensing to smart mobility and cybersecurity. As the company’s solutions have become increasingly more sophisticated, so has its awareness that many of its clients are increasingly feeling left behind by systems and technologies that are fast outpacing not only current products and devices, but much larger social factors such as regulations, education, and attitudes – of individuals, organizations, and governments.

Viewed such challenges, Thales is committed not only to producing solutions, but also to helping its customers – from private and public sectors – to implement them by transcending not just technical barriers, but cultural and legal ones as well.

“Today, we’re competing in a digital world that is more complex than ever,” says Siegfried Usal, VP Strategy & Government Relations for Thales Canada. “Various fields and domains are overlapping and electronics are becoming more fuzzy – and more pervasive. Amidst this scenario, Thales holds a clear leadership position, not only in digital technology, but in the way we tackle innovation and models and get partners together to accelerate the adoption of digital projects.”

In Canada, Thales has encountered extremely fertile ground for partnerships on all levels, which have benefited both the company – and the country. Such synergy is symbolized by the recently created Joint Research Unit in urban science, a CDN$19.2-million (roughly US$14.5 million) project in Quebec City where municipal, provincial, and federal government, in conjunction with local universities, have created the UMRsu. The goal is to pool combined capabilities and knowledge to tackle urban problems: from improving the efficiency of municipal services to increasing security. “We’re part of a national innovation agenda.”

“This lab is very unique in Canada,” says Usal. “Some of the stakeholders are scientists external to Thales, but the lab is located within Thales facilities. Our role is to help make this research work as tangible outcomes, to bring it to fruition and allow it to be commercialized and applicable rapidly. In doing so, we’ll be making Quebec a living laboratory.”

The lab is only one part of a national innovation agenda taking place in Canada’s major cities, in which a Thales is a key player. An even more recent example is the SA2GE project, currently in its second phase, in which Thales is teaming up with an aircraft manufacturer, Bombardier Aerospace; several Quebec SMEs specialized in electronic design; a research laboratory; and several Quebec universities. The project’s aim is to produce a new generation of safer, lighter, greener, and more efficient aircraft for Quebec’s aerospace industry that rely on fewer materials.

“SA2GE really defines the model of Thales in the way we master the whole value chain from low levels up to the productization of technology and all the different steps of the innovation chain to deliver solutions and support,” explains Usal. “Although we develop our own technology in house, we’re not working in isolation. Instead we’re part of a national innovation agenda.”

Thales has been part of the national agenda since it began creating radars and sonars for the Royal Canadian Navy, back in 1967. Since then, it has maintained its presence as a naval supplier while expanding its defence and security business, as a partner of choice, notably by creating command and control systems for the Canadian Army. In the late 1990s, the company moved into avionics as a result of an initial partnership with Bombardier, which subsequently saw it expand into the production of flight control systems for regional and business jets.

A major milestone occurred in 2007 with the acquisition of Alcatel-Lucent Rail Signalling Solutions, which provided a massive growth surge for the company while launching it into the business of urban transportation. As a result, today Thales’ activities in Canada are split between these three business lines: Transportation (representing 50 percent of business); Avionics (25 percent) and Defense and Security (25 percent), all of which generate a total annual turnover of approximately CDN$500 million (roughly US$375 million).

While company headquarters is located in Toronto, where its main urban transportation division employs 1,200 people, there is also another transportation facility in Burnaby, BC, that employs 80. British Columbia was where the company cut its teeth in the transportation market. It was the early 1980s, and the company was invited to supply Communications-Based Train Control (CBTC) for Vancouver’s driv- erless SkyTrain. At the time, this new, highly automated technology was considered a niche market. It has since become de rigueur – and as a pioneer of CBTC technology, Thales has grown this niche into CDN$1.5 billion (US$1.12 billion) of order input with subway, metro, and LRT systems throughout Canada (Toronto, Ottawa, Edmonton) and around the world (London, New York, Hong Kong, Beijing, Istanbul,…) clamoring for Thales’ signalling and train control solutions.

In Quebec, apart from the Research centre and a Defence systems facility in Quebec City, Montreal is home to the civil Avionics division, with 120 employees along with another 50 at its Optronics facility. This highly skilled workforce of systems engineers and software developers specialize in fly-by-wire flight control systems and related products such as SATCOM systems and rudder controls. Although from the outset, Bombardier has been a major customer, Gulfstream and Cessna are also important clients.

The nation’s capital of Ottawa concentrates the company’s defence and security activities with 200 employees, although Vancouver also has a handful of collaborators working on Thales’ naval program. Thales provides command and control systems to the Canadian Army as well as to the Navy. It is producing maritime command systems for the Coast Guard. It is also an integral part of Canada’s National Shipbuilding Strategy working with Vancouver’s Seaspan shipyard.

“The commonality of all these activities is the added value that focuses on systems engineering and critical support,” says Mark Halinaty, President and CEO of Thales Canada. “Our business model is based upon the fact that we have access to Thales’ global products, while having simultaneously developed our own skills sets and expertise locally.”

Unsurprisingly, when it comes to a strategic and sensitive area like defence, in which national security issues are involved, local expertise is essential. But as Halinaty emphasizes, Thales Canada’s homegrown know-how has fueled its growth across the board. “We’re the partner of choice of our various customers because we’re there for the long haul. We support their products and their growth; we don’t just deliver a project and then walk away.”

“Thales’ model works well in Canada due to the government’s agenda in terms of defence, transportation, and aerospace over the last few decades,” adds Usal. “The Canadian government has a very ambitious and innovative agenda that promotes an entrepreneurial and innovative society. We’ve embraced its major tenets for years and the results benefit Thales and the Canadian economy.”

This favorable climate has nurtured the creation of three Thales Centres of Competence in urban rail signalling, avionics and optronics, whose breakthroughs in technology and solutions not only cater to Canadian customers , but are exported to other countries, thus creating a real synergy between local and global knowledge. In this sense, Thales corporate model works both ways – while drawing upon Thales’ worldwide resources, Thales Canada can also supply its domestically developed solutions such as fly-bywire and communication-based control transportation systems to the rest of the world.

“Right now, we’re looking to develop all of our businesses,” confesses Halinaty. While at home, the naval sector offers myriad opportunities for growth under Canada’s National Shipbuilding Strategy, transportation is on a huge growth curve that is spurring international expansion. Concurrently, the company is starting to branch out far more into the security aspect of defence and security. Thales’ aim is to apply its defence expertise to the broader, civil domain, with a specific focus on the increasingly critical issue of cybersecurity.

“Ultimately our vision is to grow both domestic and export business, in all domains, by capitalizing on our ability to innovate and develop new technologies,” says Halinaty. “This has been the key to our past success and it’s the key to our future success as well. What we’re always looking for is how to take our experience and innovative thinking and apply it to a changing world.”

Thales views Innovation as a key to its future and underpins the three pillars of its strategic vision: growth, performance and people. Research is a wellspring of innovation for Thales. It allows them to anticipate future market requirements and work in partnership with customers to build innovative solutions.

In so doing, Thales is an important contributor to the Canadian and international ecosystem that is at the heart of the company’s strategic vision.