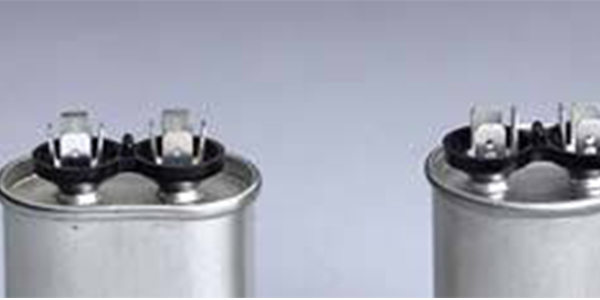 During the last decade, U.S. companies in the motor run capacitor industry have faced enormous pricing pressure from domestic and foreign competitors. While all of the U.S. companies in the industry have been forced to implement some sort of cost-cutting measures, companies have differed as to the appropriate cost-cutting strategy to follow. Some have experienced varying degrees of success, while others have failed completely and have been liquidated. Still others, such as Commonwealth Sprague Capacitor, Inc. of North Adams, Mass., stand out as an example of a proper strategic model.

Commonwealth Sprague has followed a three-pronged strategy that has allowed it to survive and thrive in an exceedingly competitive market. The company has succeeded where others have not through a mixture of quality products built to U.S. standards for the international market place, continuous improvements in the design, performance and cost effectiveness of its capacitors, and an aggressive cost-cutting strategy.

Built to Tough Standards
Commonwealth Sprague capacitors are not only recognized by agencies such as UL, CSA, and VDE, but they also have successfully undergone batteries of tests. OEMs supplied by CSCI require a large number of tests leading to certifications before the company’s capacitors are accepted. These include life-of-product tests and tests in which CSCI’s capacitors are required to operate at very high temperatures and at elevated voltages.

One particularly important certification received by CSCI was issued by the Electronic Industries Association. “EIA’s test is the industry-standard test,” says Chris Spafford, CSCI’s sales and marketing director. “Our capacitors meet the association’s requirements; however, motor run capacitors produced by many of our foreign competitors don’t meet EIA standards because the quality isn’t there.”

Committed to On-Going Improvements
Commonwealth Sprague’s on-going improvements in the design, performance and cost effectiveness of its capacitors forms the second component of its three-part strategy. The company’s most recent improvement surrounds the housing of the capacitor element. Traditionally, CSCI’s capacitor element has been housed in a plated steel, or painted steel case. As an alternative to the painted case, used for outdoor applications requiring a higher degree of corrosion resistance, CSCI has introduced an aluminum case for its line of capacitors.

Capacitors with aluminum housings are ideal for outdoor applications or applications in which humid air or salt air may impinge on the performance of the capacitor. “While painted steel has been used in the past for its corrosion resistance, we’ve discovered that aluminum is a more effective solution,” notes Spafford. Commonwealth Sprague capacitors include other performance enhancing features. The company’s capacitors use a patented single bushing terminal designed to provide a leak-proof seal and prevent terminal rotations. The metal housings use a cover assembly that has a pressure actuated interrupter. The interrupter is a safety feature found on high quality motor run capacitors.

During final assembly, CSCI capacitors are filled with a specially formulated organic fluid called ECCOL II that provides for optimal heat transfer, arc suppression and shock absorption. After filling, the capacitors are double rolled seamed to ensure durability. All of the company’s capacitors undergo a rigorous final electrical and quality inspection before being labeled and packaged. The performance of CSCI capacitors is without parallel. CSCI capacitors are capable of stable operation without decreased life at 110 percent of the rated voltage at frequencies up to 60 Hz. In addition, CSCI capacitors are designed to have a life expectancy of 60,000 hours.

Aggressive Cost Cutting
The third and final piece of the company’s strategy is the cost-cutting reforms CSCI has been instituting since 1999. During the last three years the company has implemented a plan to reduce labor costs to make its line of motor run capacitors more cost competitive. Three years ago, the company started outsourcing a critical subassembly to a highly skilled contract manufacturer in Mexico. In 2000, CSCI formed a partnership with a company called Rapid Industries of Juarez, Mexico and moved its assembly operations to its facilities. This year, the company moved the remainder of its assembly, subassembly and manufacturing operation to Juarez. “Faced with stiff foreign competition, we felt that in order to move forward and remain competitive we had to adjust our cost basis,” explains Spafford.

The origins of CSCI go back to the 1940s when it was a division of Sprague Electric Company. In 1986, Dan Cavicchio and George Baker purchased CSCI and today they remain co-owners. Commonwealth Sprague is comprised of two divisions, the component division and the systems division. The component division supplies CSCI capacitors to OEMs in three distinct markets: the HVAC, motor and compressor. Customers in the HVAC industry include Nordyne, Trane and Rheem. Motor OEMs include Baldor, A.O. Smith and Franklin Electric. The company’s capacitors also are found in compressor OEMs such as Copeland (a division of Emerson Electric) and Tecumseh Products.

The systems division provides industry with the solutions to exceed the penalizing power factor regulations imposed by utilities. Utilities mandate that the machinery and equipment used by companies meet certain standards for energy efficiency. Companies that do not meet these energy saving requirements face expensive penalties in the form of additional utility cost. “We install harmonic filtering devices and power factor capacitor banks that allow companies to meet power factor constraints,” says Spafford.

Commonwealth Sprague is set to reap the benefits of increasing business as more and more utilities begin applying these energy usage regulations. In fact, over the last two years CSCI has expanded the number of companies it can reach with its power factor solutions. Originally the company only offered low voltage solutions in the power factor area; today, it also can provide medium-voltage solutions to industry.

The component division also is prepared for growth in the HVAC industry. The company now is cost competitive enough to seriously challenge companies with an established presence in the HVAC industry. Commonwealth Sprague has developed its own line of dual capacitors in response to the application requirements of HVAC OEMs. HVAC OEMs require dual capacitors because in a typical air conditioning system, two motor run capacitors are required — one for the fan motor and another for the compressor. “We have an excellent reputation in the motor and compressor industries, and we’ve just positioned the company to gain significant share of the HVAC industry,” notes Spafford.

Given the success of its three-part strategy so far, CSCI’s is sure to capture market share in the HVAC arena.