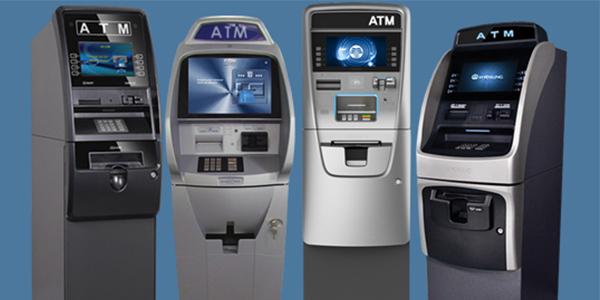 In 1985, Triton of Long Beach, Miss. was a young company that was gaining a reputation for developing sophisticated electronic devices such as automated current-tracking buoys. Its prestigious customer list included General Electric, Exxon, Magnavox and the U.S. Navy. Then fate and the financial world stepped in when Triton was asked to create a training device to educate new automated teller machine (ATM) users.

Triton seized this opportunity to diversify and created the ATMjr Demonstrator, the first battery-powered, portable ATM training machine. In 1989, Triton added the Card Activation System (CAS) to the product, enabling banks to issue ATM cards instantly with personal identification numbers (PINs) selected by customers. Because it provides training and immediate access to ATM use and also eliminates a great deal of paperwork and mailing costs, the combined device has been a hot item. More than 1,800 financial institutions around the world have purchased
ATMjr products.

In 1992, building on its experience with banking products, Triton introduced the miniATM Scrip Terminal, which issues vouchers that ATM cardholders can redeem for cash at nearby registers. Thousands of these terminals have been installed in locations ranging from convenience stores to casinos.

In 1994 Triton launched its first true ATM, the model 9500. This affordable, single-note cash dispenser soon became so popular within the banking and retail markets that it became the catalyst for the company’s rapid rise to the top of the ATM market. In 1995, its first full year of producing ATMs, Triton moved into third place in the United States as an ATM manufacturer and became the second-largest maker of cash dispensers.

As ATMs began to proliferate in off-premise locations such as convenience stores, hotels, restaurants and supermarkets, Triton took advantage of the trend and captured 12 percent of the total U.S. ATM market in 1995, when it shipped 3,000 units. In 1996, it shipped more than 5,500 terminals, increasing its market share to16 percent. The privately held company grew 39 percent from 1996 to 1997, when its sales reached $53 million. 1998 was also a banner year for Triton, with sales of $71 million, much of which was a result of the company’s expansion outside the United States. As of May 1999, the company had an overall installed base of more than 35,000 devices in both banking and retail markets. It currently leads the off-premise market while holding third place nationwide and fifth place worldwide as an ATM producer.

The 9600 series ATM was created as an upgrade to the popular 9500 model and had sales exceeding 10,000 units in its second year in production. The newer model enhanced the aesthetic quality and overall reliability of both hardware and software. Many who bought the 9600 experienced increases in traffic and transactions as high as 30 percent over previous 9500 figures, attributable in part to the high visibility of built-in customized signage. The newer model also features a modular design for easy service and options including full-motion video, vending, multiple cassettes, rear loading, high-security cabinets and locks and uninterruptible power supply. Triton Connect, a software accessory that allows the constant monitoring of one or hundreds of ATMs from a single computer or an entire network of ATMs using a bank of computers, further enhanced the popularity of the 9600.

Communications options for Triton ATMs include standard dial-up, Cellular Digital Packet Data (CDPD) and VSAT (Very Small Aperture Terminal) technologies. These offerings allow ATMs to be conveniently located to provide cardholders access to cash, where and when it is needed, at a fraction of the cost of standard lease line technology.

By August 1998, the industry had deployed 84,000 ATMs in off-premise locations. The increased device population was resulting in a decrease of transactions per ATM. A decline of 22 percent was reported bet-ween 1996 and 1998. As banks sought ways to operate ATMs profitably in lower volume areas and to find an alternative to surcharge revenue, Triton responded with the introduction of its Mako Cash Dispenser.

Designed for use in lower volume locations with low initial and maintenance costs, Mako ATMs offer a low break-even point. Similar to the 9600, the Mako’s modular design allows upgrades to include higher-end, revenue-generating functions such as on-screen advertising and vending.

For the third year in a row, Triton has been named one of America’s fastest-growing companies by Inc. magazine. In its annual ranking of the “Inc. 500,” a comprehensive guide to the nation’s fastest-growing private companies, the magazine has placed Triton in the No. 94 slot in 1999, up from its position last year of 123. In its first year on the list, Triton was ranked 30.

In December 1998, the publication “IW Growing Companies” named Triton one of the top 25 most successful small manufacturers in America. According to Editor-in-Chief John Brandt, Triton was selected based on its financial success, rapid growth, visionary management and continuous improvement of business and manufacturing processes. Triton, he said, is a company that manages to achieve both growth speed and growth quality.

Having succeeded in increasing its sales by more than 2000 percent in the past four years, Triton is accommodating its rapid growth with new facilities in Long Beach, Miss., where most of its 335 employees work. Added to about 29,000 square feet of existing buildings is an 88,000-square-foot manufacturing plant and a soon-to-be-completed 55,000-square-foot building for administration, engineering, sales and technical support.

The company plans to continue its major export initiative aimed at bringing off-site ATMs to convenient consumer locations around the world. In 1998, Triton’s international revenue was $12 million, far exceeding its objective and securing for Triton the title of “Mississippi Exporter of the Year.”

Triton president and co-founder, Dr. Ernest Burdette, says the company will continue its expansion into a number of international markets, having already become the No. 1 cash-dispenser manufacturer in Canada through its subsidiary Triton Canada, and having gained significant footholds in Mexico and Latin America with distributors signed in eight countries.

In redefining the market for cash-dispensing systems, Triton has proven its ability to adapt and lead the ATM market worldwide. Burdette, who attributes the company’s success to its work force, adds: “Because we have managed to retain entrepreneurial-minded employees, we have continued to innovate and drive change in the ATM marketplace.”