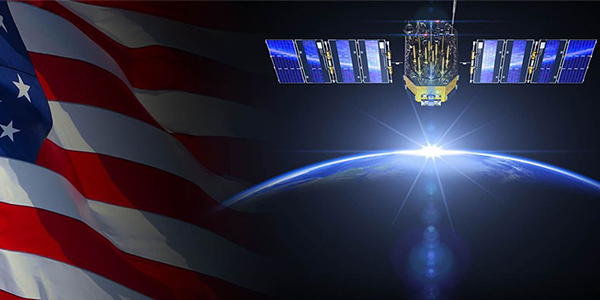 While its official start as Engineered Support Systems, Inc., can be set in 1985, when Michael F. Shanahan, Sr., the founder of Engineered Air Systems, Inc., took his company public and renamed it, its roots penetrate far deeper into American military history. During World War II, the company made heaters to warm the tents in the European theater of operations. The company then went through a number of ownership and name changes until the 1982 acquisition by Shanahan. At the time of this purchase, the company did $17 million in sales with 265 people.

Since then, there have been a number of acquisitions, starting with Engineered Specialty Plastics, a diversification move to open up commercial markets to the organization as a hedge against the early 1990s downturn in defense. Two acquisitions in 1998, Marlo Coil and Keco Industries, Inc., were made to add Navy, Marine and commercial HVAC capabilities and to increase the company’s market share in military support equipment. A third acquisition that year saw the purchase of the rights to the Navy and Marine products of McIntyre Engineering.

Currently, the chief products of the organization go to the military, although Engineered Support Systems’ Hot Springs, Ark., and Bossier City, La., facilities produce injection-molded plastic goods that are marketed commercially. These include a proprietary plastic line of faucets sold to the Home Depots and Wal-Marts across the nation, plastic “totes” for food processing and storage, and telecommunication systems – along with various other custom injection-molded products.

As only about 7 percent of the company’s revenues come from the commercial plastic operation, the bulk of Engineered Support Systems’ business is military. With the U.S. Armed Forces’ 90 deployments throughout the world, and with each deployment needing products that are procured through Engineered Support Systems, the company production lines are kept busy. Wherever there are soldiers, sailors, marines and airmen, there is ESSI equipment. The company has become the Armed Forces’ “one-stop support shop.”

Another critical component being produced by ESSI is the Chemical, Biological Protected Shelter System (CBPSS). The CBPSS is designed as a medical aid station for treating personnel in a chemically or biologically contaminated environment. The system provides cooled or heated filtered air to the shelter. It’s also ideal for use should it be required as the result of a terrorist action or any other potential disaster. It is the only shelter of its kind in the world today.

Marketing Savvy
Marketing the varied products to the military differs somewhat from marketing to commercial firms. The United States government decides the rules of the game. Specific needs are defined by government plans, and Engineered Support Systems pursues opportunities to fulfill those needs. Constant monitoring of both the funding process and the customer alerts ESSI’s direct sales force to a future opportunity, and this starts the process. Eventually, when funding is approved and the requirements are published, the company submits proposal documents in a bid for the business.

Often, ESSI’s close contact with the users themselves sparks an idea for a better way that will be suggested to the client’s decision makers. This proactive approach has enabled the military forces to become more efficient, better at what they do and more economical. In addition, some product is sold to the nation’s allies, using various sales and marketing procedures. In most cases, however, as it is with dealing with the U.S. units, there is significant detail involved. (ESSI began the year 2000 with more than $1.1 billion in total defense “backlog.”) Germany, Italy, Taiwan, South Korea, Israel, Saudi Arabia, Kuwait and the United Kingdom are clients of the firm.

Expert Leadership
Heading up Engineered Support Systems’ management team is Michael F. Shanahan, Sr., the founder, who serves as board chairman and chief executive officer. Gerald A. Potthoff is president and chief operating officer, and Gary C. Gerhardt is administration vice chairman and chief financial officer. It’s an experienced management team, with a strong board of directors providing guidance and counsel. Included on the board are the three directors mentioned, four retired general officers of the American military and five nationally known businessmen.

Although some information about current projects may not be readily available for obvious reasons, four examples of the sort of material being supplied bear testimony to the scope of the ESSI operation. First is a $477 million contract with the U.S. Air Force to supply it with a 60,000-pound capacity aircraft cargo loader, the largest loader ever built. The “Tunner,” as it is called, can cut aircraft loading time by two-thirds. Food, other supplies and myriad equipment find themselves in the bellies of the C-5, the C-17 and the C-141 aircraft in one-third the time it used to take. The unit is the backbone of the rapid deployment of the U.S. Armed Forces.

Tactical Quiet Generators are another key product for the corporation, and the military. They come in many sizes including 3-kilowatt, 5-kilowatt, 10-kilowatt, 15-kilowatt, 100-kilowatt and 200-kilowatt. All are known for their quiet operation in the field and are manufactured by Engineered Support Systems, Inc. In fact, 70 percent of the military requirement for generator “sets” are manufactured by ESSI. Electricity to light the tents, cook the food, power the radar and much more is provided by the company’s production facilities.

Finally, there is a new piece of target acquisition equipment called “Striker.” The Striker system supports the U.S. Army Fire Support Mission Area by providing modern digital command, control and communications to the battlefield. These systems provide field artillery and armor units with the forward-deployed “eyes and brains” necessary to lay fast and accurate indirect fire from up to four miles from the target.

Through internal growth and future acquisition, ESSI’s ongoing mission is to become the best supplier of next-generation, high-technology military support equipment. It is positioned for the future in light of the new procurement policy adopted by the Department of Defense. This cabinet department has shifted from its “lowest-bid” philosophy to one that looks for the best value. “Defense contract awards now consider a contractor’s experience and ability to deliver the finished product,” says Chairman Shanahan. “Today, contract performance results in improved profitability.”