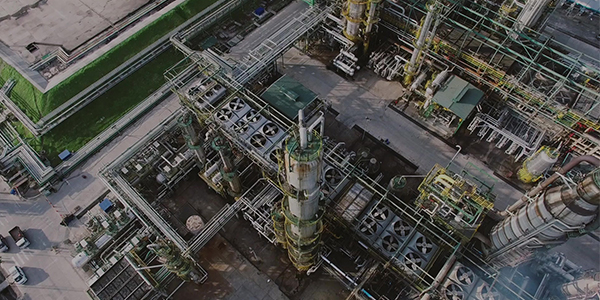 Armstrong International, Inc. was established in 1896 by the Armstrong family. Today, the company is run by fourth-generation Armstrongs and is known as the solution source for steam, air, water and humidification systems. Armstrong International provides systems solutions through products, packages, education, analysis and services.

Nestled amid Armstrong International’s sprawling 11-acre campus in Three Rivers, Mich., is a small building housing two of Armstrong’s most successful divisions, Armstrong-Yoshitake and Armstrong-Lynnwood. The two divisions not only embody the company culture that has made Armstrong as a whole successful, but they also embody the small-business mentality that makes the company unique. Even more importantly as far as the future is concerned, the two divisions form a blueprint of COO David Armstrong’s strategy to ensure the company’s long-term growth.

Armstrong-Yoshitake
In the mid-1980s, Armstrong wanted to diversify its sources of revenue. The company’s first inclination was to add to its product mix, something it already had done during the course of its history. Since 1911, Armstrong had been manufacturing its famous steam traps and along the way had added industrial humidifiers, finned tube steam coils and unit heaters to its steam trap product line. The company’s options to increase avenues of growth were limited to three: Armstrong could start its own product line, acquire another company, or enter into a joint venture. Armstrong chose the third option.

The joint venture has been successful in opening up new markets to Armstrong and since 1986, the importance of Armstrong-Yoshitake has grown because the joint venture has been used by David Armstrong as a vehicle for his strategy to ensure sustained growth over the long term. During the 1980s and 1990s, David Armstrong eschewed the corporate trend of company acquisitions as an avenue for growth and instead focused his efforts on acquiring product lines that provided Armstrong with high margins. In 1989, Armstrong-Yoshitake purchased the Flo-Rite-Temp(tm) product line of unique instantaneous steam water heaters for domestic hot water, wash downs, safety showers, closed loop heating and process hot water applications.

Armstrong-Yoshitake’s most recent product line acquisition was finalized in October 2001. The Flo-Direct(tm) product line consists of direct contact gas-fired heaters that are high efficiency, compact, all-stainless steel units simple in design and operation, and suitable for a wide variety of hot-water applications. With capacities of one million-Btu to 25 million-Btu per hour, these units can offer fuel savings of 15 percent to 40 percent over conventional means of heating water.

“While the Flo-Rite line is perfect for institutions such as universities and hospitals where people come into contact with hot water and therefore safety is an issue, the Flo-Direct line is more appropriate for industrial applications where a large volume of hot water needs to be generated at exceedingly efficient rates,” says Larry Daugherty, general manager of Armstrong-Yoshitake.

“We look for small companies with a patented product design,” explains Armstrong. “The ideal company for us has a great idea but an inability to properly market its products because of a lack of resources. Once we’ve acquired the product line, we grow the product line by modifying the original design and/or adding to the product line. While purchasing product lines instead of whole companies may translate into a slower growth process, the advantage lies in the fact that we have a lot more control over the growth process.”

Armstrong-Lynnwood
Armstrong-Lynnwood has followed a similar path of growth as Armstrong-Yoshitake. The division was established in 1997 with the acquisition from a New Jersey-based company called Lynwood of the STEAMIX(r) and Rada(r) product lines of washdown stations and thermostatic mixing valves, respectively. To provide hot water at the point of use, STEAMIX steam and water washdown stations mix cold water with an existing supply of steam available at a customer’s plant. STEAMIX washdown stations are used by food, pharmaceutical and chemical processors for sanitation and cleanup purposes. “Safety becomes a concern whenever you’re dealing with steam,” says Paul Knight, Armstrong-Lynnwood’s General Manager, “so STEAMIX is designed to deliver only cold water if the primary operating component is damaged. It’s fail safe because STEAMIX will not pass live steam.”

For Armstrong, the main rationale behind the Lynnwood transaction was the acquisition of the STEAMIX product line. However, once the Armstrong-Lynnwood division was up and running, management realized how well the Rada thermostatic mixing valves fit in with the rest of the Armstrong product line, especially its hot water heaters. Rada thermostatic mixing valves are hot and cold water anti-scald mixing valves for showering and bathing applications and these can be used in conjunction with Armstrong water heaters to create pre-plumbed, institutional and industrial hot-water systems. “By installing both the mixing valves and the water heater, we take on single-source responsibility for the system,” says Knight. “We like to market the two products together as ‘The Perfect Mix.'”

Armstrong Culture
An important reason behind the success of the Armstrong-Yoshitake and Armstrong-Lynnwood divisions, as well as Armstrong International as a whole, has been the corporate culture that exists at the Michigan-based company. “It all starts with developing and nurturing a good working environment for our employees.” explains David Casterline, Armstrong’s director of corporate communications. “Everyone at the company is treated equally because everyone’s job is equally important to the ultimate success of the company.”

In addition, David Armstrong has been able to galvanize the company’s workforce by fostering an entrepreneurial spirit within the company. The Armstrong-Yoshitake and Armstrong-Lynnwood divisions in particular have been the recipients of a tremendous amount of autonomy within the company that has allowed them to thrive in their respective businesses.

“Intrapreneurship is what I like to call it,” says Armstrong. “I’ve tried to instill a real competitive spirit within the Armstrong-Yoshitake and the Armstrong-Lynnwood divisions, and one of the big ways I’ve done this is by making them self-sufficient in most respects.” Armstrong has supplied the divisions with a separate building within the company’s campus, different color payroll checks, and the flexibility to act at a moment’s notice. “These things have allowed them to feel distinct from the rest of Armstrong.”

“Small companies thrive on being quick in everything they do and on the speed with which they can react to changing market conditions,” he says. “They can, for example, introduce new products a lot faster than a large organization, and Armstrong-Yoshitake and Armstrong-Lynnwood are no exception to the rule. The number of products the two divisions have unveiled far outnumber the amount of products introduced by the rest of Armstrong. This is the case even though Armstrong-Yoshitake and Armstrong-Lynnwood have fewer product engineers than the other Armstrong divisions.”

The two divisions weren’t housed in a separate building from the start. The divisions originally operated out of Armstrong International’s general offices. “We’ve gradually given them the independence they need to succeed,” notes Armstrong. David Armstrong is always on the look out for new and exciting product lines to complement existing products and should another product line acquisition take place, he plans to manage it in a similar fashion.

Much of David Armstrong’s success in effectively running his company is his unique management style. “I use storytelling as a way to convey important business lessons,” explains Armstrong. “Being in the business for as long as I have has allowed to me to collect more than 400 stories and counting. The stories are short, straightforward and powerful. I’ll use stories, for example, to address the do’s and don’ts of dealing with customers,” he says. Armstrong’s stories have been compiled in book, video and audio format and are available by visiting www.armstrong-intl.com and clicking on the “Armstrong Culture” link.