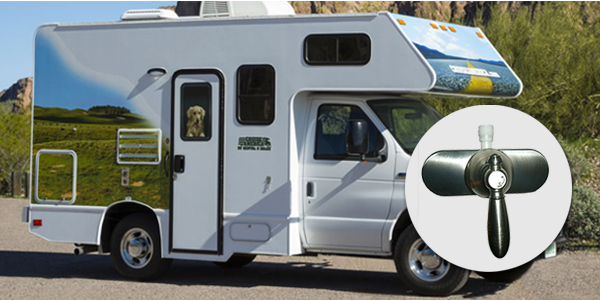 Joseph Arth and his seven brothers found a promising site for their factory on the shores of Lake Erie in Cleveland. Since that day in 1894, American Brass Manufacturing has seen four company presidents, two millennium celebrations, two world wars, a major economic depression and a lot of product rolling off its assembly lines. Although concentrating on brass fittings and valves, the firm has had a diverse manufacturing history, including the production of the wheel sprockets used for the electrically powered trolley cars that meandered up and down Euclid Avenue in downtown Cleveland, and the manufacture of brass hose nozzles for U.S. Navy battleships.

But the major product has always been the faucet, mostly in brass. The product line is broad: faucets that blend hot and cold water; those that control the volume of water used, which is important to today’s environment-conscious consumer; and faucets used in the kitchen, bath and laundry rooms, and in wet bars. The complete product line includes nine faucet categories: lavatory, kitchen, diverters, shower valves, tub fillers, garden tub fillers, lavatory drains, bar faucets and laundry faucets. In addition, there are three types of valves, dubbed “competitive,” “value- added” and “durable.” Obviously, these are of different quality, with corresponding differences in cost. The products are marketed through plumbing wholesalers, lumberyards, manufactured home builders and recreational vehicle and boat manufacturers. American Brass has its own sales force, but market contact is also made through manufacturers’ representatives and trade shows.

The company’s client base is national in scope, consisting of hundreds of customers of varying size — from the mom-and-pop operation to multimillion-dollar accounts with national distribution centers. While the bulk of the marketing effort and ensuing sales activity is concentrated in the contiguous United States, some exporting is done to countries in the Middle East, in the Caribbean and in Central America. It is possible that a heavier emphasis on growing business in emerging markets will become evident as American Brass heads into the 21st century.

Down the Generations
The company is family-owned, and the reins of control have been passed to son or son-in-law since Joseph Arth headed the organization. The founder stepped down in 1910, handing the torch to his son, Joseph P. Arth. In 1948, Joseph P. Arth’s son-in-law, Robert C. McConville, the current chairman of the board, assumed the leadership role. McConville’s son, Robert F. McConville, has held the title of president and chief operating officer since 1976. Assisting in company management are Therese E. McDonnell, vice president and secretary, and Donald A. Wolf, chief financial officer and treasurer. American Brass operates from a single facility in Cleveland, where it can boast of 86,000 square feet of production, warehouse and office space. Between 50 and 75 men and women work there, the number varying as a result of production demand. Annual revenues approach $15 million.

One of the reasons for the outstanding revenue level that the company enjoys is its attention to the changing marketplace, and the firm’s ability to adapt to those changes. For example, when it became apparent that there was a growing public interest in manufactured homes, American Brass developed a line of non-metallic faucets and valves. Made of strong, lightweight material, these new fixtures satisfied the particular requirements of the mobile and motor-home manufactures. The boating industry mirrored these requirements, and American Brass supplied the necessary products. In addition, innovative thinking led to the development of a new packaging design that allowed prospective customers visual access to the product.

A Culture of Innovation
Innovative thinking is inherent in the firm’s mission: American Brass is dedicated and committed to meeting the needs and expectations of its customers with dependable on-time service and quality products to create loyal customers and important partnerships. Some of those partnerships have lasted almost as long as American Brass has been in business.

Furthermore, the company itself is constantly evolving to meet the needs and expectations of its clients, especially in its product and the method by which it is distributed. Heavy, solid cast-brass faucets have given way to lightweight, non-metallic models, marketed not only to the original client base – the plumbing supply houses, as an example – but also to large regional and national home center chains.

Perhaps the most remarkable aspect of American Brass is its longevity. Its roots can be traced back to the 19th century, and location and ownership have remained constant. Employees and owners alike take pride in the wealth of manufacturing expertise that has accumulated from the very start. While American Brass places great emphasis on the future — and while the company’s focus is to continue to enjoy its strong market share far into upcoming centuries — the company often reflects fondly on the days when the night watchmen guarded the stables, overlooking the horses that were called upon to haul brass ingots to the furnaces for melting. But it has come a long way since then, and if the past is any indication of the future, it will continue to lead the pack in the manufacture of faucets and valves for millennia to come.