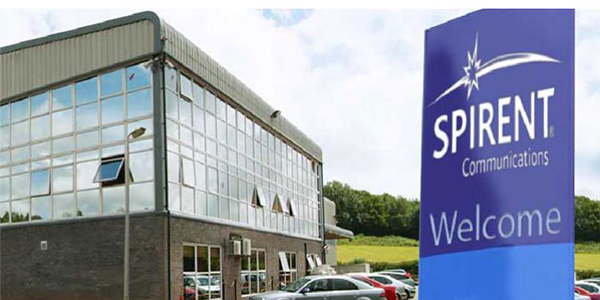 In the first quarter of 2001, Spirent Communications became the No. 1 provider in the digital subscriber line (DSL) network-testing market. Use of DSL technology is expected to increase to almost 19 million consumers and 1.7 million business locations in the United States by the end of 2004. Leading with the TestDSL™ platform from its Hekimian division, Spirent intends to stay in the forefront of facilitating DSL and other emerging telecommunications technologies.

Bill Duncan, vice president of marketing communications for Spirent, comments, “We help our customers deliver next-generation network technology. DSL is one of today’s broadband growth areas. We’re also looking at the growth of fiber optics and Ethernet technologies, with speeds of thousands of megabits per second. Spirent enables broadband voice and data transmissions to be delivered on a highly reliable platform and placed in the hands of the consumer.”

Spirent has established its leading market position by providing the hardware, the software and the technical expertise that telecommunications service providers need to deliver voice, data, graphics and video services reliably. In order to meet the increasingly diverse and complex needs of those providers, Duncan says, Spirent divides its services into two areas: performance analysis to make sure networking equipment is operating optimally in the lab; and service assurance for ongoing monitoring and testing of large-scale network services.

Experienced Hand, New Technology
No newcomer to the high-tech telecommunications industry, Spirent’s Hekimian division was founded in 1968 as Hekimian Laboratories Inc. to develop instruments for testing analogue circuits. As the communications and computer industries grew, Hekimian began developing hardware and software for analyzing and testing systems. In the 1980s, the company introduced the Remote Access and Test System (REACT), an integrated system offering completely automated testing. Today, the REACT 2001™ is the most widely deployed and used operations support system (OSS) for remote testing. A companion product, PM Integrator™, watches a network for signs of deteriorating performance, reports findings to network managers and provides network performance confirmation.

Over the years, Hekimian continued to develop software, hardware and service programs to serve existing clients and technologies while planning for evolving technologies such as DSL. The company’s revenues eventually passed $100 million, and Hekimian became one of the first telecommunications companies to be certified for ISO 9001. Late in 2000, Hekimian was acquired by Spirent Communications, one of four groups in the Spirent plc conglomerate in the United Kingdom. Spirent, which has a 60-year history in general manufacturing, had begun expanding its business in the telecommunications testing industry more than five years ago through acquisitions. Today, the Spirent Communications group contributes the majority of Spirent’s total revenues and profits.

At the end of the first half of 2001, Spirent Communications, revenues were valued at $375 million. Duncan notes, “We have seen solid growth this year, particularly in the service-assurance area that includes the Hekimian division.” Headquartered in Rockville, Md., the division occupies about 45,000 square feet of manufacturing space. Support and sales facilities are located in Concord, Calif., and Denver Describing the 50-member sales team, Duncan emphasizes that they are “dedicated to our products and dedicated to our customers.” The company’s customer-support experts form teams for major accounts, sometimes establishing an on-site presence for very large systems.

At the headquarters, more than 600 employees produce the hardware and software products, which Duncan describes as a “low volume and high mix of different units. There are different probes for different kinds of network services, and nearly all are produced at our facility in Maryland. Very little is outsourced. That way, we maintain very high quality control.” In addition to the REACT 2001™ OSS, the PM Integrator™ system and the TestDSL™ portfolio (hardware, software and services), the Hekimian division produces:
• CopperMax™ next-generation network probes, which work inside local switching facilities to help providers using the facilities to solve problems that can affect a shared customer
• CenterOp Systems™ OSSs, which help providers manage complex networks with next-generation automation; the CenterOp Gateway feature of these systems provides access to information that makes it easier for providers along the service value chain to detect a fault, pinpoint its location and instigate the actions necessary for repair
• Net-Hopper™ brand Network Test Access Systems (NTAS), which are used for maintaining and troubleshooting copper, fiber or digital networks by remotely leveraging existing network test equipment across large complex networks According to Duncan, Spirent’s Hekimian division will again lead the industry as one of the first to receive the new TL 9000, or Quest, certification. He explains, “The TL 9000 standards are being developed by leading manufacturers and service providers specifically for the telecommunications industry. They apply not only to how you manufacture and develop products, but also to how you market and support those products.”

Grade-A Testing
Duncan describes Spirent’s role in terms of the testing that is done before, during and after a system is activated. “We come into the client’s development process and help them simulate networks in order to test new devices,” he says. “These types of tests are called ‘performance analysis.’ As new network devices and technologies become deployed, these test capabilities are reduced into probes that are built into the network, and they test the equipment at milestone sites. Large systems have millions of circuits, so probes are placed in thousands of site offices to give feedback to the central control systems and technicians in operations centers.”

The list of customer names reads like a who’s-who in telecommunications; it includes Qwest, SBC, Sprint, Verizon and Voice Stream. Duncan remarks that when Spirent’s products and services are in place, the company’s service is transparent to the consumer. “Our goal is to make sure the network is working,” he says. Now, there’s something to think about the next time you pick up your phone — wired, wireless or cell — or log on to your computer.