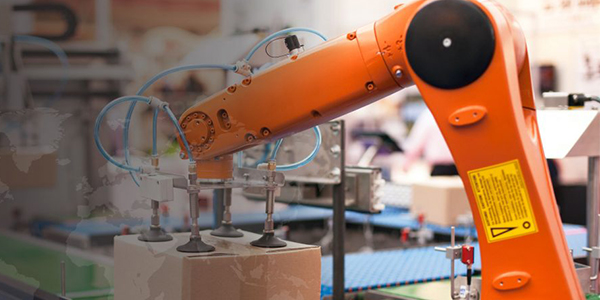 Finding ways for cows to produce milk is not exactly the sexy side of technology. But it is an important facet of dairy farming in Wisconsin. It’s also just one segment of the superior innovations produced by SNC Manufacturing Company, Inc. Since 1946, SNC has been a leader in developing specialty transformers and telecommunication technology.

The company was founded by John L. Vette Jr., who bought an Illinois company called Swain Nelson (hence, SNC) in 1946. Vette, according to his son John Vette III, now the company’s chairman and chief executive officer, was a true entrepreneur who envisioned growth in the electronics industry following World War II. A Navy veteran of the battle of Midway Island, Vette saw such success in his enterprise that within two years of returning from war, he moved his business from Illinois to Wisconsin. Operating out of a site called Fahrnwald Farms (a chicken coop was a coil-manufacturing area, and a sheep barn housed the assembly operation), Vette began manufacturing with the mission to cut down on the frills while giving customers the best-engineered product.

A dedicated group of employees built transformers at the farm for nearly 20 years, and it was during these first two decades of operation that SNC cemented its relationships with key customers.This foundation allowed SNC to seek out broader markets. Finding itself bursting at the seams, the company began looking for more space in the early 1960s. Confident he could continue to attract the business needed to support an even larger facility, Vette decided to break ground in 1966 at the company’s present location on Waukau Avenue, just a few miles from the farm. SNC moved into one of the industrial parks in Oshkosh. Today, with total sales at $36 million, the company makes products including transformers, coils, high-frequency magnetics and assemblies, as well as noise-mitigation and power-protection products.

From the Farm to the World
SNC presently operates out of a 75,000 square-foot plant in Oshkosh and has opened a sister facility in Emmetsburg (home of the Emmetsburg “flush pole,” a political tradition in which residents flush their toilets in voting for a particular candidate; the level of water in the water tower after the collective flush determines the winner). In Iowa, SNC has two facilities measuring 20,000 square feet. The newest plant is located in Cd. Acuña, Mexico, and measures 30,000 square feet. To attest to the quality of Mexican production, SNC has invested in excess of $1 million in automated equipment to support the manufacture of some of the smaller assemblies. Currently, SNC ships 8 percent of its product overseas, mostly in the telecommunications and OEM markets, to Europe, Central America, South America and Hong Kong.

For OEMs, SNC specializes in specialty electric transformers and telecommunications systems. “Ninety percent of our business is in the development of custom transformers for OEMs,” says Sales Manager Roger Shaw. “Our focus is on specific customer needs and supporting their needs, rather than to be a magnetics supplier to all people. Part of that change in philosophy is a result of competition from China.”

“Our strength is that we supply the broadest range of magnetics, in physical size and variety of applications,” adds Kim Halverson, president and chief operating officer.

Transformer King
Among the products manufactured by SNC are transformer-based units that neutralize alternating-current interference and protect telephone lines in power-generation plants. “When fault problems occur over the lines,” explains John Herner, applications engineer for the Telecommunications Division, “some of that current may use a telephone cable to get back to the substation. This causes havoc. It could be a dangerous situation. If you are a repairman working on a cable, it could get you a halo.”

Such products are only a portion of the technologically advanced systems developed by SNC in the utility and telecommunications arenas. “There are niche products only made by us that are designed to mitigate certain problems of telecommunications caused by interference from power lines,” says Herner.

“We have the ability to design and manufacture complicated OEM transformers that are not easy to produce,” adds Shaw. Vette says, “Manufacturing telecommunications products is sexy. There are many opportunities for marketing and promotion, even though our products are basic and fundamental. We deal with electrical interference, which causes problems for telephone subscribers and equipment. Someone has to fix them and we have the solutions.” SNC’s products, he adds, are serving “a quiet market.”

Milking Opportunities
“Every now and then we delve into research and development to offer benefits to niche groups,” explains Vette. “One of the products we specialize in is utility transformers that mitigate stray voltage on dairy farms.” “The problem,” Herner adds, “is that cows are very sensitive creatures and pick up the voltage through the ground. Stray current disrupts their eating and drinking which, in turn, effects how much milk they produce. What this product does is make sure all the power on the phase wire is returned on the neutral wire. It’s simple to install and cost-effective.”

Called the SNC Current Balancing Transformer (CBT), the system was honored with a Certificate of Merit at the Wisconsin Governor’s 1998 New Product Awards. It’s an electromagnetic coupling device that equalizes phase and neutral currents, allowing only those currents flowing to the farm on the primary to return on the primary neutral. Current from any other source is rejected. If the current does not enter through the CBT primary winding, it cannot return through the neutral winding. “Off-farm” current is prevented from using the farm’s grounding system to flow to or from the utility’s neutral. The CBT magnetically couples the primary-phase conductor and neutral conductor, forcing the return current to travel through the neutral rather than through other paths. The magnetic field created by the return current in the neutral cancels the field created by the current from the phase conductor, thereby eliminating magnetic fields in the core.

In short, the CBT isolates the power system from the environment while allowing the power system to remain properly grounded. SNC maintains that “cow-contact” voltage can be reduced to less than one-tenth of a volt (a reduction of seven to one or higher is common). The CBT is a completely passive device; there are no electronic components to fail.

One of the drawbacks, however, is that it can only be sold to electric power utilities. Explains Herner, “It’s hard to sell because power companies need to admit there’s a problem, and they don’t like to do that.” SNC began developing this technology, he adds, after working with a utility in Texas to eliminate the high-frequency fields from buried power lines in subdivisions. “This is a real product for the future.”

Peak Form
In the future, SNC will continue to remain dedicated to quality and the continuous improvement of product, services and processes. It does this by constantly applying total quality improvement by progressive elimination of waste in all activities. The quality approach includes all SNC employees in the training and application of statistical methods. Refinements in the coordination of material, labor, production techniques and communication with customers and suppliers lead to a just-in-time (JIT) delivery system that is second to none in the industry.

In fact, providing extraordinary levels of service is SNC’s claim to fame. “We have seen that customers have immediate, short-term needs,” Vette says. “We constantly strive to provide service to them. If we can’t do that, we won’t have loyal customers.” “We feel we need to be prepared to expend resources on any product for any of our key customers,” says Halverson. “We need to understand how the economy influences product demand, and we have experienced large swings in that demand. Critical to our future is to understand how the marketplace will affect customer levels of purchases and how we can link SNC operations to key customer demand, creating the shortest possible replenishment cycle. And needless to say that our best work will never come to fruition without an enlightened supplier base, highly skilled in JIT delivery, dedicated with a total-quality-management philosophy.”